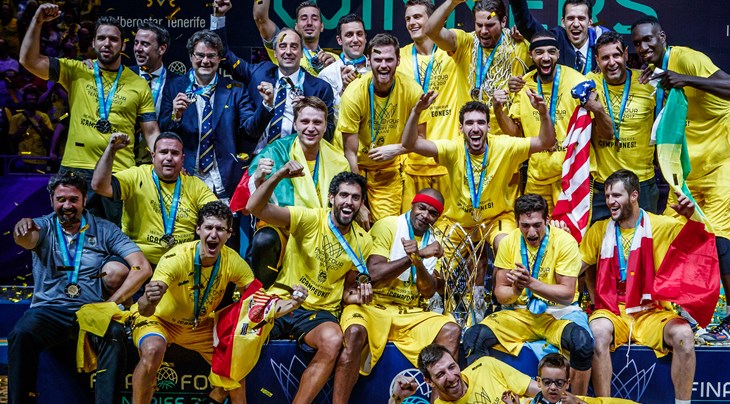 Davin White hit a huge three pointer in the final minute which proved to be the dagger, but it was Marius Grigonis who picked up Final Four MVP honours with 18 points on 6/10 shooting.

"It's been an incredible year," Grigonis said. "To finish this Basketball Champions League season with the title is just incredible. It's been all year with these 12 players and the coaches, and the key to our success for sure is our defence and I'm just super happy for everybody."

White supplemented with 14 and 5 assists, as the entire squad celebrated in front of a raucous home crowd who were on their feet chanting all night long.

"We got it!" an elated Tenerife Head Coach Txus Vidorreta laughed to open his press conference.

"During the summer, we build a good roster to compete in both tournaments, the Liga Endesa and the BCL, and do it with chance to be the surprise and we are here.

"We are here, with the most important thing in the final. Only two teams make the final, 40 start the season, even more with the preview. But both teams here could take this trophy and we got it.

"I want to congratulate Banvit for this incredible season and especially their coach Sasa Filipovski, who's a great coach and showed everybody in Europe by winning the Turkish Cup and being in the Final of the Basketball Champions League."

Basketball Champions League season MVP Jordan Theodore's 17 points and 9 rebounds would not be enough for Banvit, who couldn't put the icing on the cake of an incredible season, though made it anything but easy for Tenerife.

"Congratulations to Tenerife, they deserved to win today," a disappointed Chappell commented after the game.

"We didn't score enough on the fast break, we didn't move the ball enough and I think that was one of the big things for us.

"But at the end of the day we did really well this season, we made it to the Championship so I praise our team for battling through adversity, playing on the road with this crowd, we fought hard, we just didn't come out with the win."

"Congratulations also to my players and staff on this season in the Basketball Champions League. We worked hard, we battled every game.

"Of course, we wanted very, very, hard to finish with victory, but at the end I think it's the road that counts and our road was with success, and with learning; praise to my players and staff for this very good season.

"Thank you very much to the fans, (it was a) great atmosphere in Tenerife, and thanks to our fans who came here to support us."

Tenerife gave a glimpse of things to come as they showed their long range shooting prowess, going 4/5 from deep in the opening quarter. A buzzer beating two from Chappell gave respite for Banvit, who trailed 16-12 after the first period.

A three ball from a pumped up Bassass sparked the crowd to open the scoring in the second quarter as Tenerife showed no signs of cooling off from beyond the arc.

Jordan Theodore started heating up with a quick five points to pull Banvit back within two, 23-21, forcing Tenerife into a timeout with 6 minutes left in the half.

Theodore then took the role of distributor, throwing an alley oop to Korkmaz to tie it up at 2, before San Miguel hit his third three of the half to give Tenerife the advantage again.

Tenerife kept on pouring on the pressure - they knocked down eight triples for 62% shooting in the first half - as Theodore did his best to hold them off, scoring all of his 9 points in the half in the period. A Kulig fadeaway at the buzzer saw Banvit reduce the deficit to three, 34-31 at halftime.

A potential momentum-shifting technical foul called on San Miguel for flopping allowed Banvit to tie it up at 34 but once again, Tenerife responded by tightening the screw.

Having appeared to cool off, it clearly wasn’t the case, as back to back threes from Doornekamp and Grigonis sent the crowd into a frenzy and opened up a 40-34 lead with 5:19 to play.

A Niang alley-oop followed to make it an 8-0 run as all momentum seemed to be going Tenerife's way.

Jordan Theodore woke up again toward the end of the third scoring 6 points in the final 3 minutes to pull Banvit back, the final hoop on a spectacular fake and finish over two defenders.

But Davin White was determined to have the last laugh, going coast to coast on a drive and hitting a high floater off the glass at the buzzer to put Tenerife back up 5, 51-46.

Back to back threes from Korkmaz and Orelik brought it back for Banvit to 53-51 early in the final period as the game was set up for a nail-biting finish.

A Kulig finish with just over two minutes to play saw Banvit within one, but it would be as close as they would get.

White knocked down two free throws, before coming through with the dagger three to increase the deficit to six with a little over a minute to play and put the game out of reach.

What a finish, what a season. 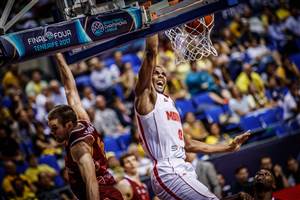 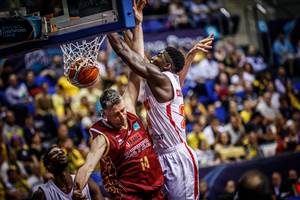