MIES (Switzerland) - The Official Draw Ceremony for the 2021-22 Basketball Champions League Qualification Rounds and Regular Season will take place on Wednesday July 7 at the Patrick Baumann House of Basketball in Mies, Switzerland.

The 2021-22 Basketball Champions League competition will consist of 32 teams. Twenty-eight (28) teams are directly qualified for the Regular Season, with the last four (4) teams set to qualify through four Qualification Round tournaments.

During all stages of the Draws, the country protection principle will apply, safeguarding that no teams from the same country face each other.

The 2021-22 BCL season will start on September 13 with the first Qualification Round.

The twenty-four (24) teams will compete in four (4) Qualification Round tournaments, and will be split into six pots (seeded and unseeded) for the purpose of the draw, based on the abovementioned BCL Club Ranking and, when no Club Ranking is available, on the BCL Country Ranking.

Teams from Pots 1 and 2 are seeded and will enter the tournament directly in the Semi-Final stage. 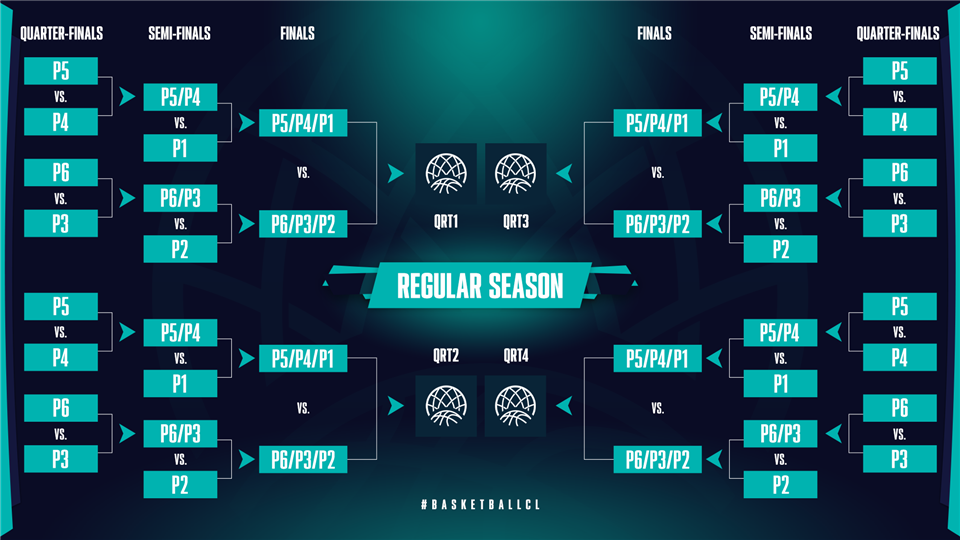 The eight (8) winners will qualify for the Semi-Finals and face the seeded teams from Pots 1 and 2.

These 8 teams will face each other in four (4) final pairings with the winners joining the twenty-eight (28) directly qualified teams in the Regular Season.

The pots for the Qualification Rounds are as follows: 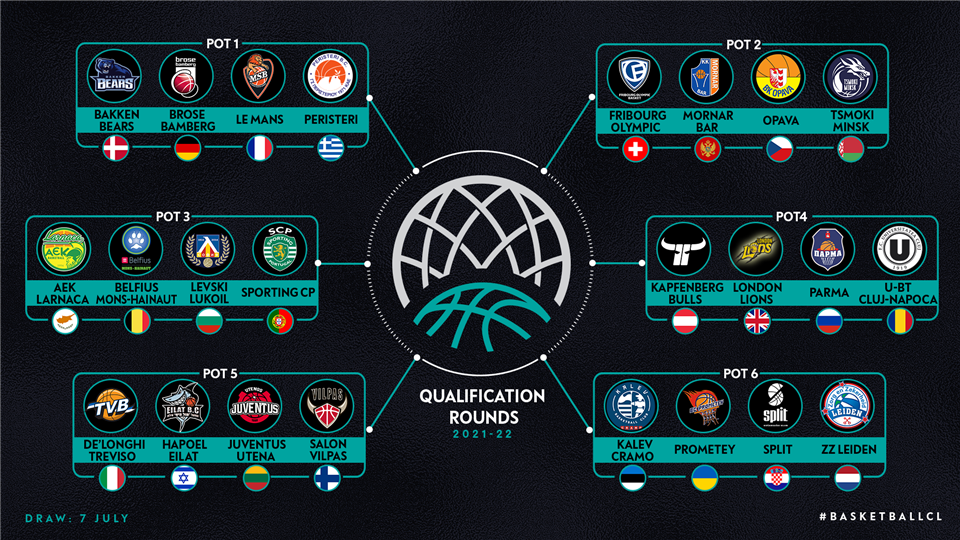 Twenty-eight (28) clubs have qualified directly for the 2021-22 Basketball Champions League Regular Season. They will be joined by the four (4) winners of the Qualification Rounds. The Regular Season will tip off on October 4.

For the purpose of the Draw, the twenty-eight (28) directly qualified teams and the four (4) teams coming from the Qualification Rounds will be divided into four (4) pots of eight (8) teams each. The pots are based on the abovementioned BCL Club and Country Rankings. Draw restrictions:
Country protection applies for this stage of the Draw: clubs cannot be drawn in groups with other clubs from the same country.

The Official Draw Ceremony will be streamed live on www.championsleague.basketball, on Wednesday July 7, from 11:00 CET.