The Basketball Champions League 2021-22 season will involve 52 teams, including many national champions out of the 30 European countries that will be represented in this season.

A minimum of 172 games will be played over the course of eight months of competition in this sixth season of the Basketball Champions League. 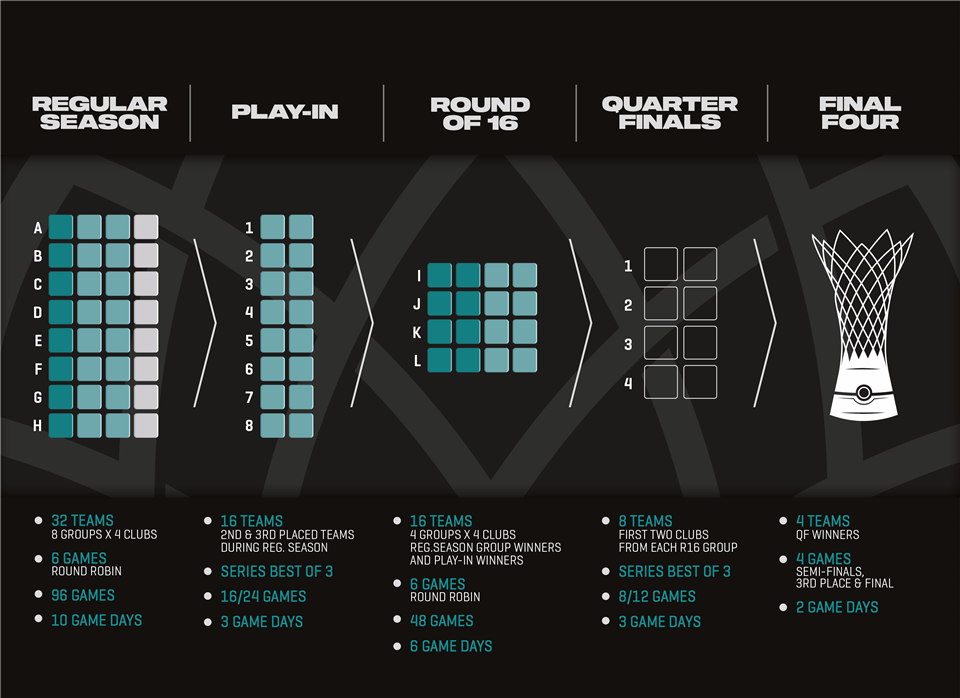 Four (4) teams will qualify for the Regular Season from the Qualification Rounds.

The twenty-four (24) teams will compete in four (4) Qualification Round tournaments, and have been split into six pots (seeded and unseeded) for the purpose of the draw, based on the BCL Club Ranking and, when no Club Ranking is available, on the BCL Country Ranking.

According to the opt-out clause (see Article 4.3c and 16.2 of the Regulations). number of non-qualified teams will then participate in the FIBA Europe Cup.

The Regular Season phase will be composed by 32 clubs that are split in 8 groups of 4 clubs each, and will play in a round robin, home & away, system from October to December.
The first-placed teams in each group will qualify directly for the Round of 16 phase. The second and third-placed teams will face each other in a Play-In to qualify to the Round of 16.

A Final Four tournament will conclude the season.
The 4 qualified teams will play over a weekend early May, with the Semi-Finals on Friday and the Finals on Sunday.