CLUJ NAPOCA (Romania) - Season Six brought back a Romanian team to the Basketball Champions League. After CSM CSU Oradea back in 2016-17, U-BT Cluj Napoca became the second team from the country to reach the Regular Season.

Coach Mihai Silvasan took over after Dusko Vujosevic stepped down, and Silvasan achieved immediate success by powering through the Qualifying Rounds and earning a trip to the Regular Season for the first time in club history. U-BT Cluj Napoca are a six-time Romanian champions, here's what they have lined up for 2021-22: 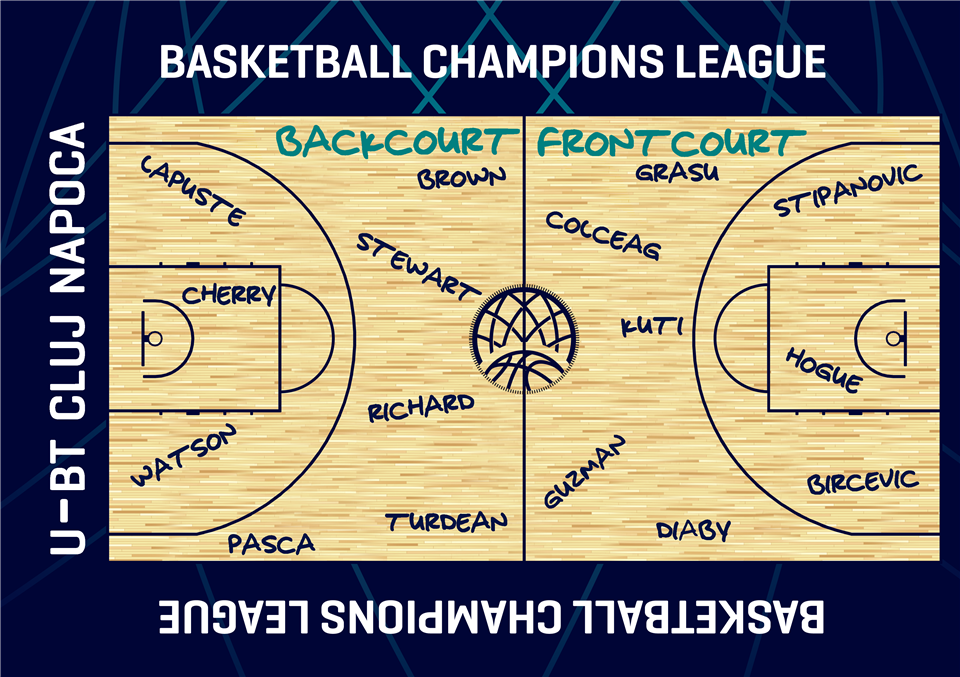 Giordan Watson technically is a new player for U-BT Cluj Napoca, but in reality, he's not. Watson, the 36-year-old point guard who plays for Romania internationally, was already a resident of Cluj Napoca during the 2017-18 season, before moving to CSM CSU Oradea. He stayed there over the last three years, now he's back with U-BT Cluj Napoca for his seventh season in Romania. He also played in Germany, Iceland, Finland, Turkey and France.

Stefan Bircevic is making a comeback to the BCL after three seasons. The author of one of the most memorable buzzer beaters in League history played for Partizan Belgrade back in 2016-17, and spent the 2018-19 season between Banvit and Telekom Baskets Bonn.

He started his professional career back in 2007 with Metalac, played for Radnicki, Estudiantes, Istanbul and Bursaspor. As a member of the Serbian national team, he won silver medals at the FIBA Basketball World Cup 2014, the Olympics in 2016 and the FIBA EuroBasket 2017.

Cluj proved to be a long term home for numerous international players, which is why nobody should be surprised Dustin Hogue arrived in the city this summer. Hogue is a 29-year-old power forward who spent the last five years of his career in just two locations: Trento and Krasnoyarsk, averaging double digits over the last three seasons.

Hogue will always be flirting with double-doubles and despite being listed as a 6'6''/1.98m player, he can easily cover all the inside positions with his strength and wingspan.

Elijah Stewart is in Romania to lead the offensive charge. He's a 26-year-old shooting guard who spent four years with the USC Trojans in the NCAA, and averaged double figures over the last two seasons of his college career. He tried his luck with three different NBA G League teams before making the flight to Europe.

His first overseas experience saw him average 18.0 points on 39.7 percent shooting from three-point range for the Helsinki Seagulls in Finland, and he even improved his outside percentage to 42.3 last season in Slask Wroclaw in Poland. Elijah also scored 15.1 points per game in Poland.

Brandon Brown is coming back after an injury to a competition which he enjoyed so much in 2019-20, playing under coach Zoran Lukic in Nizhny Novgorod. Brown is 32, plays the point guard, and after averaging  14.1 points and 6.4 assists in 16 BCL games two seasons ago, he transferred to Paris, to play for Boulogne-Levallois Metropolitans 92.

While waiting for Brown to recover completely and reach his levels, U-BT Cluj Napoca signed Will Cherry to a one-month contract after making the Regular Season of the BCL. Cherry played all over the continent, getting minutes with Zalgiris, Alba Berlin, Gaziantep, Cedevita, Olympiacos and Reggio Emilia. He also played for the Canton Charge and Santa Cruz Warriors, and just arrived to Romania after a brief stint with Hapoel Eilat in Israel. 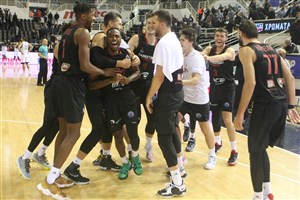 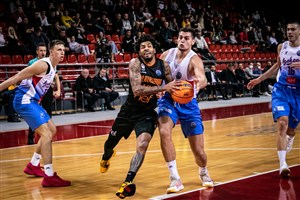