After a switch, Yellow 6 is guarded by Blue 9, who extends his arm outside his cylinder and creates a contact with Yellow 6. The referee calls a personal foul to Blue 9. The referees become uncertain if Blue 9’s foul was an unsportsmanlike foul.

Article 37.1.1 An unsportsmanlike foul is a player contact foul which, in the judgement of a referee is:
Contact with an opponent and not legitimately attempting to directly play the ball within the spirit and intent of the rules.

F.3.3 The following game situations may be reviewed during any time of the game:
Whether a personal, unsportsmanlike or disqualifying foul met the criteria for such a foul or shall be upgraded or downgraded or shall be considered as a technical foul.

Outcome: Correct decision from the referees. The contact created by Blue 9 was illegal and a consequence of a normal basketball movement, created when reaching out to try to play the ball.

White 55 starts a drive to the basket. The referees calls a personal foul on Black 4 (4th team foul in the quarter). A second later, Black 4 grabs White 55 by his arm and the same referee calls an unsportsmanlike foul to Black 4. After a brief conversation amongst the three referees, they decide to keep this decision.

Article 37.1.1 An unsportsmanlike foul is a player contact foul which, in the judgement of a referee is:
Contact with an opponent and not legitimately attempting to directly play the ball within the spirit and intent of the rules.

Article 42.2.1 All fouls shall be charged and all penalties identified.

Article 42.2.2 The order in which all infractions occurred shall be determined.

Outcome: Correct decision from the referees. First, there was a personal foul by Black 4 before the act shooting. The penalty for this foul (4th team foul in the quarter) is a throw-in for the White team. Then, there is a different contact created by Black 4 on the same opponent once the clock was stopped, which was correctly called as an unsportsmanlike foul as this second contact was not legitimately attempting to directly play the ball within the spirit and intent of the rules (an unsportsmanlike foul cannot be disregarded). The penalty for this unsportsmanlike foul is 2 free throws for White 55 and possession of the ball for a White team throw-in at the throw-in line in their frontcourt and 14 seconds on the shot clock. This throw-in cancels the right to possession of the ball of the first foul.

White 8 is dribbling the ball. After a switch, Blue 77 extends his arm trying to reach out for the ball. The referees don’t call any foul. The game continues and the referee calls a technical foul to the White Team head coach for his complaints.

Article 32.1.1 A foul is an infraction of the rules concerning illegal personal contact with an opponent and/or unsportsmanlike behaviour.

Outcome: Incorrect decision from the referees. Blue 77 extended his arm outside his cylinder but didn’t create any contact. The illegal contact was created by White 8, who used his right arm to keep his defender away. A team control foul should have been called.

The White team gets the control of a ball and White 5 starts a transition. Blue 4 creates a contact and the referee calls a defensive foul.

Article 47.3 When deciding on a personal contact or violation, the referees shall, in each instance, have regard to and weigh up the following fundamental principles:

Outcome: Incorrect decision from the referees. Regarding basketball knowledge and the principle of advantage/disadvantage, the contact created by Blue 4 doesn’t have any effect on the dribbler’s freedom of movement. Speed, balance or quickness. The position of the referee who called the foul didn’t help him get the full vision and understanding of the play. 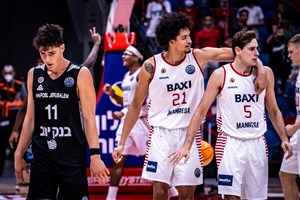 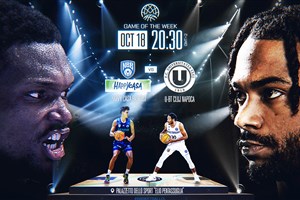