STRASBOURG (France) - SIG Strasbourg does not automatically come to mind when one thinks about French basketball and youth development. The club has however continually brought up high level talents, and that even though its foundational focus is providing youngsters with an education off the court.

If most people outside France are asked about which French teams produce most of the talent, the most common answer would be the famous academy Pole France/INSEP Paris, which has supplied the country with most of its all-time greats. ASVEL Villeurbanne are currently right on their heals while other clubs include Cholet and Le Mans.

But SIG have quietly built up an impressive list of players who went through their youth system. Jérôme Schmitt, Pierrick Lazare, Jason Bach, Alexandre Gavrilovic, Axel Toupane, Hugo Invernizzi, Antony Labanca, Frank Ntilikina, Louis Rucklin and Ludovic Beyhurst all are former Strasbourg players - and most of those players are from the Strasbourg region as well.

When asked what makes Strasbourg different in terms of their foundational theory of development, Olivier Weissler said complete techniques for players with focus on the particularities for each position.

"We need point guards who can dribble well and have good ball handling with good vision and organization, quick organization and quick decisions. And we repeat. Repeat it technically," said Strasbourg's youth program director.

"All the program needs precision. We don't do it by chance. There is timing, precision and spacing. This is our philosophy. We really need to focus on three things: technically do the right skills; focus on good timing; and precision of shots. We do a lot of work on the technique of shooting and precision about spacing."

Weissler emphasized though that the club's umbrella core concept is actually a different one.

"The philosophy of the club is to not only train basketball players. It's to train humans into men," he said.

"Education is really big in our club culture," added Nicola Alberani, Strasbourg's sport director. "Our president Martial Bellon personally ensures that the young players have constant engagement in their studies, and we can count on a high level professional like Vincent Szulc who acts as a mentor for the kids and a link between the club and the different schools. We are very lucky to have four high level experts taking care of our youngsters." 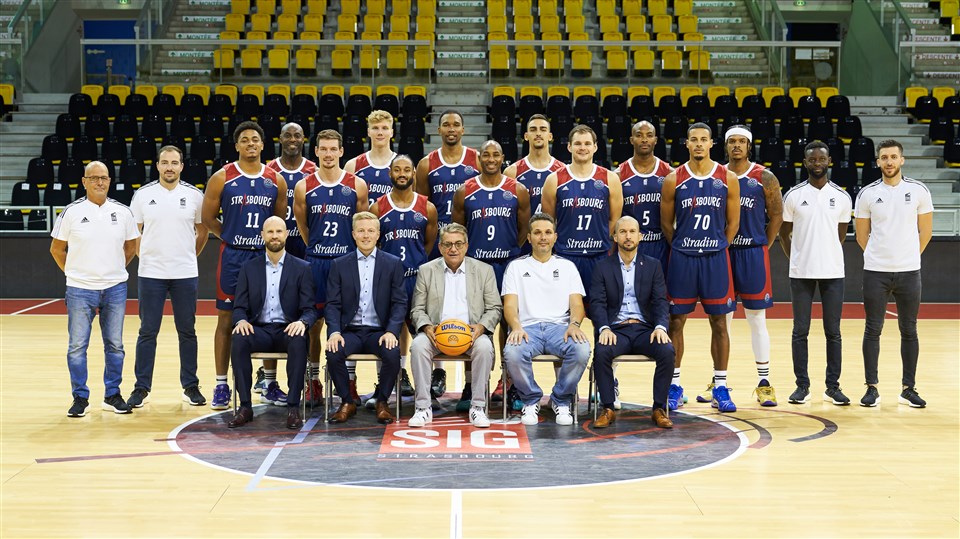 Weissler said the club firstly gauges success in youth development by if their young players get a baccalaureate for the university if they choose.

"That is a good start and puts them in the best situation possible," he said.

Weissler said players who are good enough to play professionally face the risk of doing less for their school work and not receiving their degree.

"This part we cannot accept," he said. "For us, it's the responsibility of the president and the president wants that, and we need to protect that. This is the most difficult part for me: to manage that and not give in to the professional team who want so much to have guys for the team."

If the first team has injuries or illnesses, it will look to the club's youth players to fill those holes. 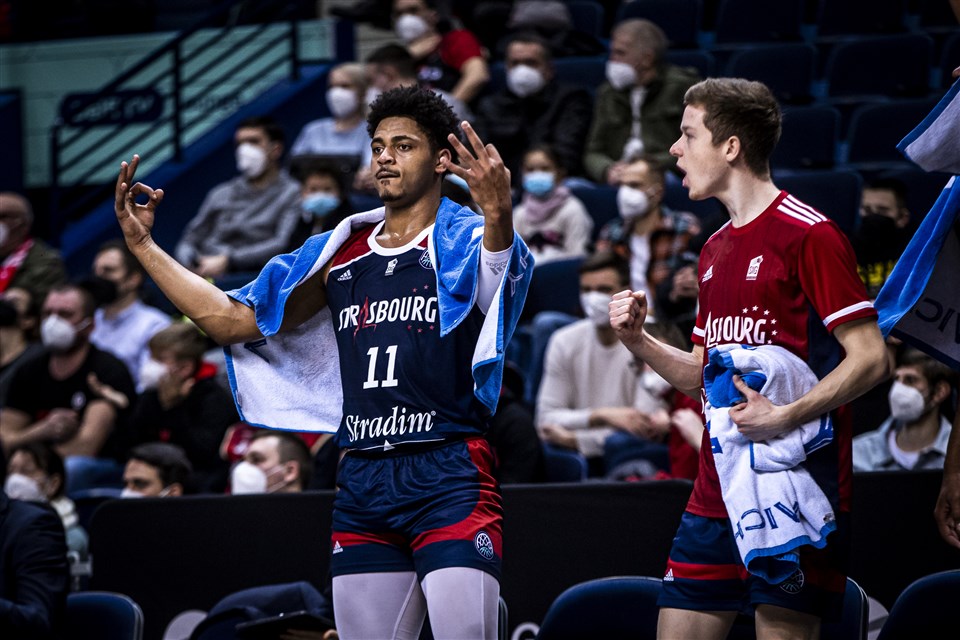 "This is really good, but some players when they start to go with the pros start slowing down their studies and don't care about their studies, and that becomes a problem for us. To manage the parents and the philosophy of the club is a fine line."

Weissler said the club is thinking about the many youngsters who will eventually not become pro basketball players.

"The most important thing is that these guys are prepared for real life outside of basketball," he said. "It's important to develop the values of the guys before they become a man off the court."

Weissler said he sees more clubs becoming lax on their educational work with youngsters - especially the most talented ones - even though clubs are required to follow their agreement with the French federation for the responsibility for the youngsters' education.

Strasbourg's youth development program took a major jump forward in 2011 when Vincent Collet became the club's head coach. He was coming off his third summer with the French national team and guiding Les Bleus to the silver medal at the FIBA EuroBasket 2011 in Lithuania.

His arrival not only meant the French national team head coach was patrolling Strasbourg's sidelines but also that he would give young players a chance to play. That led in 2011 to Toupane joining Strasbourg from Pau-Orthez while Invernizzi had been playing at INSEP. Both players hail from nearby Mulhouse and would make names for themselves in the French national team system - Toupane taking bronze at the FIBA Basketball World Cup 2019 as well as winning an NBA title with the Milwaukee Bucks in 2021 while Invernizzi appeared in qualifiers for the FIBA World Cup 2019 as well as FIBA EuroBasket 2022.

"That was important," Weissler said of Collet joining the club. "We were able to recruit some good players with Collet as head coach, as a famous coach who develops young players."

Strasbourg's image took another major step between 2015 and 2017 when Ntilikina made the jump from the club's youth ranks to first team and two straight years won the French Pro A league's Best Young Player award in 2016 and 2017.

"When he came he had talent and we gave him some more responsibility immediately at 16 years," Weissler remembered the early days of Ntilikina. "We talked with the president and the rest of the club and really focused on his development."

"That gave us a really good reputation at SIG Strasbourg. All young guys saw that Strasbourg can develop young players," Weissler said.

No philosophical change after Collet departure Strasbourg fired Collet in January 2020 after nearly eight years coaching the team. His assistant of three seasons, Finnish coach Lassi Touvi took over the reins of the team. That did not at all change the club's philosophy in terms of youth development - though it slightly altered the chances young players would receive.

"The difference is that an experimental coach like Vincent Collet had his reputation and could take some risks. On the other hand, now we have a young coach who needs results. So sometimes it's not the same utilization of young players. Sometimes it's young players for practice to make up the numbers. It's not a prerogative. But that is the reality," Weissler said.

"Rebuild" at youth level due to success

Weissler and his youth group actually this season had less quality to offer Kouvi and the pro team because of a major success within the program. Clement Frisch, Jayson Tchicamboud and Lucas Beaufort were all this past off-season given professional contracts with Strasbourg. But to ensure that the trio gets enough playing time at a strong enough level to continue their development, Strasbourg sent all three on loan to second division Pro B teams for this season: Frisch to Denain, Tchicamboud to Tours and Beaufort to Aix Mauirenne.

"When we have three contracts from our out-going U18 players, for sure we will have problems the year after," Weissler said. 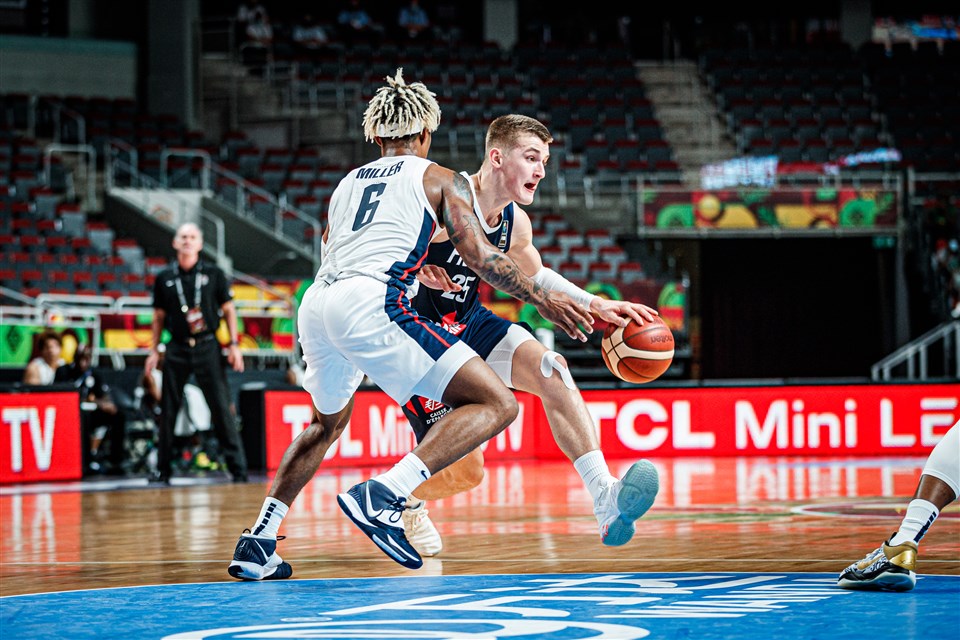 And to confirm the level of that trio, Frisch and Tchicamboud were both part of the France national team that took second place at the FIBA U19 Basketball World Cup 2021. And Beaufort had teamed up with the other two and helped France reach the Semi-Finals of the FIBA U16 European Championship 2018.

"The club's youth development is very important as its strategic role within the club's policy is more and more vital," Alberani said. "SIG has had some recent amazing achievements like the Ntilikina draft pick or having two players in the starting five for France at last year's (U19) World Cup. Right now we control three players who are on loan in the Pro B, and we look forward to increase that number."

One of Weissler's jobs now is re-stockpiling the youth system.

"Now we need to recruit young guys and build again, build a new generation. We are starting a new group with the 2005 and 2006 guys," he said. 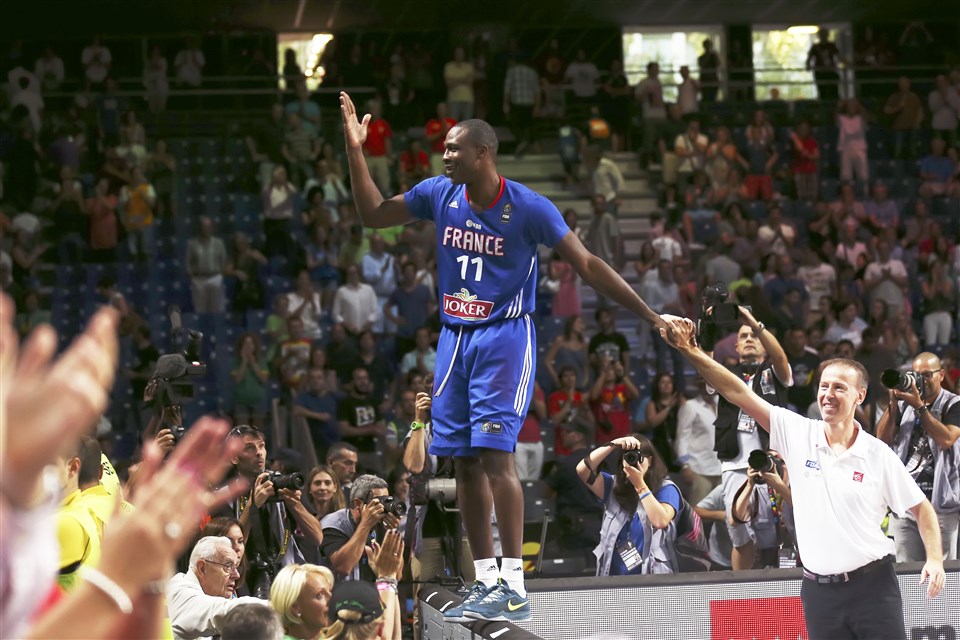 One of the gems of the next generation for Strasbourg actually has a connection to the club's past as well as a confirmation and show of trust of the work done over the years.

The 2005-born point guard Illan Pietrus is the son of Florent Pietrus. The long-time French international played at Strasbourg from 2018 to 2020 for Collet as well as with the French national team - winning bronze at the FIBA Basketball World Cup 2014, the title at the FIBA EuroBasket 2013, continental silver in 2011 and EuroBasket bronze in  2015.

The relationship between Florent Pietrus and Collet and the club's youth staff was the reason Illan landed at Strasbourg.

"It's why the father put him here. He knew Collet and knows us and how we work. He can control that," Weissler said.

Illan is spending his third season with Strasbourg, entering one year earlier than most youngsters do. Weissler said the younger Pietrus has the foundation for big things.

"Sure the name gives him more responsibility. Now the danger is to think that the name will give him things," said the club youth leader. "If he has the skill of the father to do all the dirty work, he can be a great, great player."

Still, Strasbourg benefit from having him and the name in the system.

"He is someone who can help recruit, help the reputation. Sure, that helps us," Weissler added.

New arena for next step

SIG Strasbourg are currently undergoing another major step which could take the club's youth development to the next level. The club hopes to open the doors of a new arena in the summer of 2024, which will also include more practice facilities for the club - also the youth teams, who will also have more time availability and space to train.

"We forecast that the arena will bring our junior program to the next level," Alberani said "We are aware that we need to give our kids more and more space to practice and get better, and with the new arena we will be able to match the highest level of expectations."

Until then it will be business as usual for SIG Strasbourg, who already have a spot among the leaders in French talent development - even if they aren't one of the first teams that come to mind. 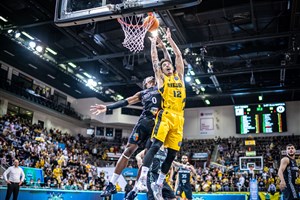 Final Quarter-Final preview: Who will book the last spot in the Final Four in Bilbao?