Turning point: The hosts were up for most of the game, but unable to break away until the final quarter started. They switched through gears then, holding Lavrio to just four points over the first six and a half minutes of the fourth, going from 63-57 to 79-61 during that run.

The aforementioned trio was unstoppable in the fourth quarter, scoring 22 of Treviso's 24 points in last ten minutes of the game.

DeWayne Russell had 18 points and 8 assists, Tomas Dimsa knocked down 5 three-pointers for 19 points on eight field goal attempts, and Giordano Bortolani gets an honorable mention for his 10 points on the night.

Stats don't lie: Everything went Treviso's way, but two of their biggest advantages were in three-point shooting and assists. Hosts went 12-of-24 from deep, Lavrio only hit 8-of-25 from the same distance. Powered by Russell, Treviso dished out 18 team assists, ten more than their opponents on the night.

Bottom line: Treviso are up 1-0 with a game in Greece coming up. If they can sweep the Play-In series, they will join BAXI Manresa and Tofas Bursa in Group J, with the last opponent coming from the Burgos v Darussafaka matchup. If Lavrio wins next week, the series comes back to Italy once more. 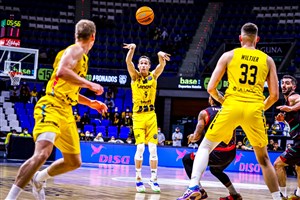 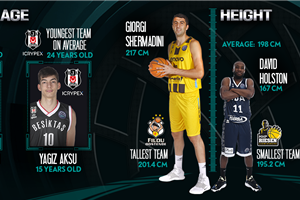