SAN CRISTOBAL DE LA LAGUNA (Spain) - The winners of inaugural edition of the Basketball Champions League are back for another run towards the top. Lenovo Tenerife's new squad looks amazing on paper, with coach Txus Vidorreta back at the helm.

Vidorreta first took charge of Tenerife back in 2015, and had a short period away from the club in 2017-18 when he coached Valencia. Since returning to the island, he has extended his contract that would see him stay in San Cristobal de La Laguna at least until 2022.

Here is what coach Vidorreta has on his coaching board this time around: 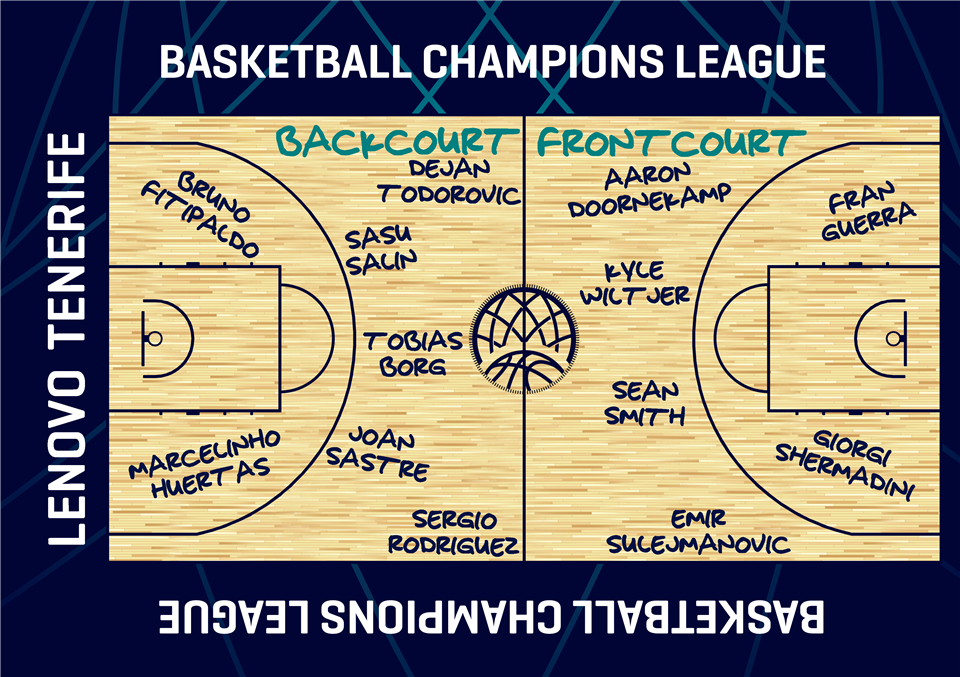 On September 28, it was announced that Giorgi Shermadini will be out for five to six weeks due to a fracture in the lumbar area. Lenovo Tenerife did not want to gamble while waiting for their MVP candidate to come back, so they signed another center, named Julian Gamble.

The 32-year-old lefty big guy is no stranger to BCL. He played it with Telekom Baskets Bonn and Nanterre 92 before making the switch to Virtus Bologna and spending the last two seasons with the Italian powerhouse. Gamble has good hands, can finish around the rim, and knows how to protect the paint at the other end. Surrounded with this roster, having a center like Gamble sounds like a safe bet.

Gamble was released on November 10, once Shermadini was back to full fitness from his back injury.

Earlier, on September 9, Lenovo Tenerife announced the arrival of another player who has already been to the island. Tobias Borg is a 27-year-old Swedish guard who played 16 games for Tenerife back in 2018, coming off the bench to help the backcourt rotation.

Borg played the first five years of his career in Sweden, four of those with Sodertalje Kings, impressing scouts all over Europe. He moved to Bilbao Basket and stayed there from 2014 to 2017, and spent two more seasons in Spain with Real Betis from 2019 to 2021.

Borg is a team player who will fit in with the collective mindset that Tenerife have built up since day one of their formation. Most importantly, he is a reliable shooter from beyond the arc, registering a 44.6 percent shooting season from deep in 2019-20.

Tenerife have been active on the market during the summer, here's what happened prior to September:

The biggest arrival was the one from Turk Telekom. Kyle Wiltjer celebrated his 26th birthday in Spain while he was playing for Unicaja Malaga, and he will be celebrating his 29th in the country, too, coming back to Liga Endesa after two seasons in Turkey.

Wiltjer is listed at 6'9''/2.06m, plays the power forward, and was in the mix for the MVP of the season in 2020-21, when he averaged 15.2 points, 5.3 rebounds and 2.2 assists per game for Turk Telekom. The fact that he played with both Sasu Salin and Giorgi Shermadini in Malaga in 2018-19 will help him find his rhythm within this squad.

The fact that he is a big guy who can spread the floor with his unlimited shooting range also fits into coach Vidorreta's plans, but Wiltjer will have the freedom within the system to run the floor, attack in the low post, or distribute the ball from the top of the key. With Wiltjer's catch-and-shoot ability, it's going to be an extremely tough task to defend all those screen-rolls with Huertas or Fitipaldo as ballhandlers, and Shermadini or Guerra as rollers.

Another big name joining the club is a Spanish national team player Joan Sastre. The 29-year-old covers the Two and the Three positions, with his shooting stroke being his biggest strength on the court. He has signed a two-year contract with Tenerife, with an option for another season beyond 2023.

Sastre knows what it's like to live on an island since he was born in Inca, Mallorca, where he began playing basketball. He moved to Sevilla and stayed there for five seasons, earning a two-year contract with Zaragoza from 2014 to 2016.

Finally, Sean Smith is coming in as another piece in the froncourt. He is a 25-year-old born in Madrid, son of Mike Smith, a former professional player who spent 12 years in Spain, winning the Finals MVP award in 1992 and the FIBA European League in 1994, both with Joventut Badalona.

Sean Smith knows the island life, too - he went through Canarias Basketball Academy before embarking on a trip to the United States and playing for St Cloud State in the NCAA. He spent the last two seasons in LEB Oro with Coruna and Palencia, becoming one of the frequent flyers in the highlight videos from the second division. 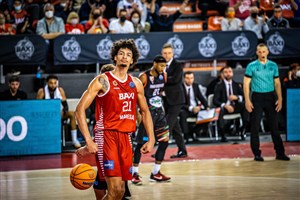