DIJON (France) - The era of Laurent Legname is over, Axel Julien and Alex Chassang are no longer in town, but it seems that JDA Dijon found what they were looking for in the summer market all over Europe.

The new head coach is Nenad Markovic. An absolute legend in Bosnia and Herzegovina, the 53-year-old was one of the sharpest shooters of his generation and held numerous scoring records for the national team. Markovic is no stranger to the Basketball Champions League coaching board, he called the plays for Pinar Karsiyaka, Lenovo Tenerife and Gaziantep - finding home in Turkey, where he stuck around for the last four years. 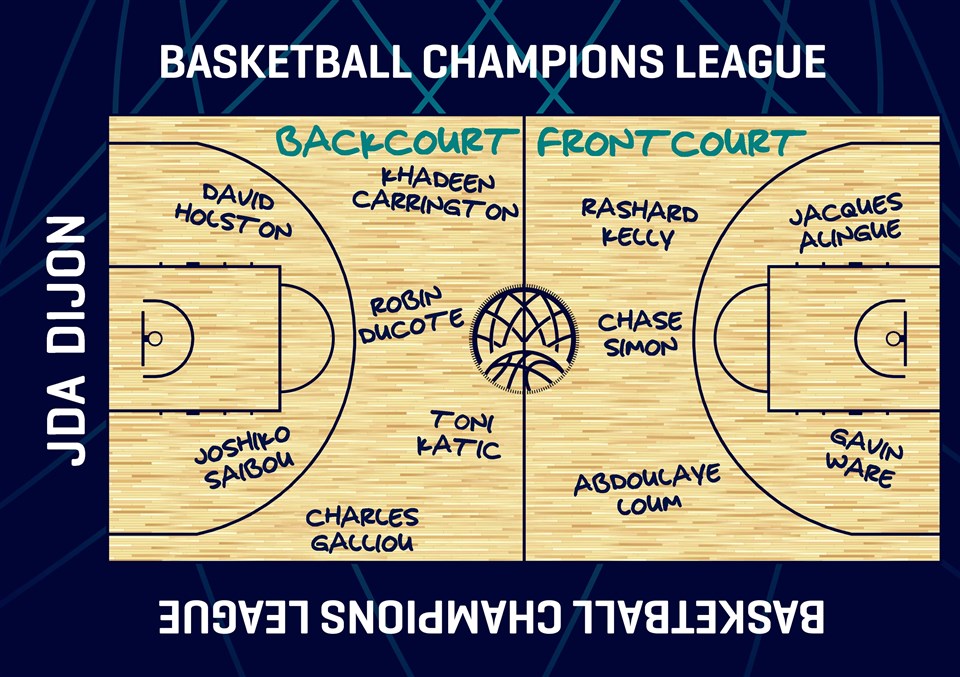 Along with the aforementioned trio, Hans Vanwijn has also left the team, but Dijon brought in reinforcements with accolades such as playing the BCL Final or seeing regular minutes at the Tokyo 2020 Olympic Games.

During the November season break, JDA Dijon released Sek Henry and immediately went to the market to find a replacement in the backcourt. They announced their new player is Khadeen Carrington, 26-year-old shooting guard who started the season in Spain.

Carrington averaged double digits in three of his four seasons at Seton Hall, and started his European path with Mornar Bar in Montenegro and Limburg United in Belgium through the 2018-19 season. His best season to date was the one with MHP Riesen Ludwigsburg, when he had 17.2 points, 4.0 rebounds and 3.3 assists per game in the Bundesliga.

He did play three games in France already, wearing Monaco's jersey, but a long term injury kept him out and prevented him from showing his worth. Khadeen started 2021-22 with Coosur Betis Sevilla, getting seven points in 19 minutes per game.

On September 30, JDA Dijon announced that Joshiko Saibou suffered a knee injury that will keep him out at least until December, but they have a replacement ready in Toni Katic. The Croatian point guard is coming in on the heels of making the BCL with his former club, U-BT Cluj Napoca, in the Basketball Champions League Qualifying Rounds in Peristeri, Greece.

Katic turner 29 this summer. He started his professional career with Split, a storied club in Croatia, and stayed there from 2009 to 2013. He moved to Siroki in Bosnia and Herzegovina from 2013 to 2015, and then spent the next four years with Cedevita in Zagreb. He also played for Cibona in the same city, and got his first international experience with Dinamo Sassari in 2020-21.

He was one of the most impressive players for the Romanian champions to guide them towards the Group Stage. Katic averaged 14.0 points on 50 percent shooting from deep in the Qualifying Rounds, and caught JDA Dijon's eyes to earn a trip to France.

Here is what Dijon were up to over the summer:

Joshiko Saibou played the BCL with Telekom Baskets Bonn, and his first experience out of his homeland Germany turned out to be a successful one, spending the last semester with Champagne Chalons-Reims. He signed a two-year contract with JDA Dijon this summer, filling the role of the other guard alongside David Holston, which was Axel Julien's job in previous years.

Saibou is 31, has a lot of experience in playing with another ball dominant guard, as he played a massive role for coach Henrik Rodl next to Maodo Lo in Germany's quest to the Quarter-Finals of the Tokyo 2020 Olympics. Joshiko had 10.5 points per game at the FIBA Olympic Qualifying Tournament in Split, Croatia, to help his team upset juggernauts like Croatia and Brazil en route to Tokyo.

Coach Markovic will know exactly what he's getting at both forward positions with Rashard Kelly joining Dijon this summer. Kelly is 26, with just three seasons in Europe behind him, meaning he is less experienced than the usual suspects in Dijon, but one of those three was in Gaziantep, where he got a good taste of Markovic's demands.

If signing a younger player in his early days in Europe is not a typical Dijon move, then bringing Gavin Ware in definitely fits the usual mold of bringing back the players who already played for JDA. Ware, a 6'9''/2.06m tall center, spent the 2018-19 season with Dijon and now he's back for more. 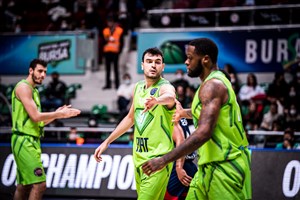 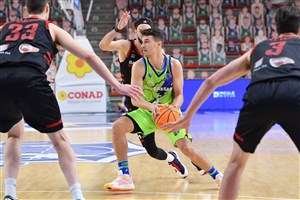