HOLON (Israel) - Hapoel U-net Holon had a historic season in 2020-21, as they reached the Final 8 of the Basketball Champions League and won the Balkan League with a perfect 11-0 record. They want more of the same in 2022.

The first summer change was at the helm. Stefanos Dedas left the club, and Maurizio Buscaglia took over. The Italian coach created a monster in Trento, coaching the team from 2003 to 2007, and again from 2010 to 2019. He then moved to Reggio Emilia and Brescia, but Holon will not be his first experience outside of Italy - Buscaglia is already the head coach of the Netherlands.

Here is what the new playcaller has in his hands: 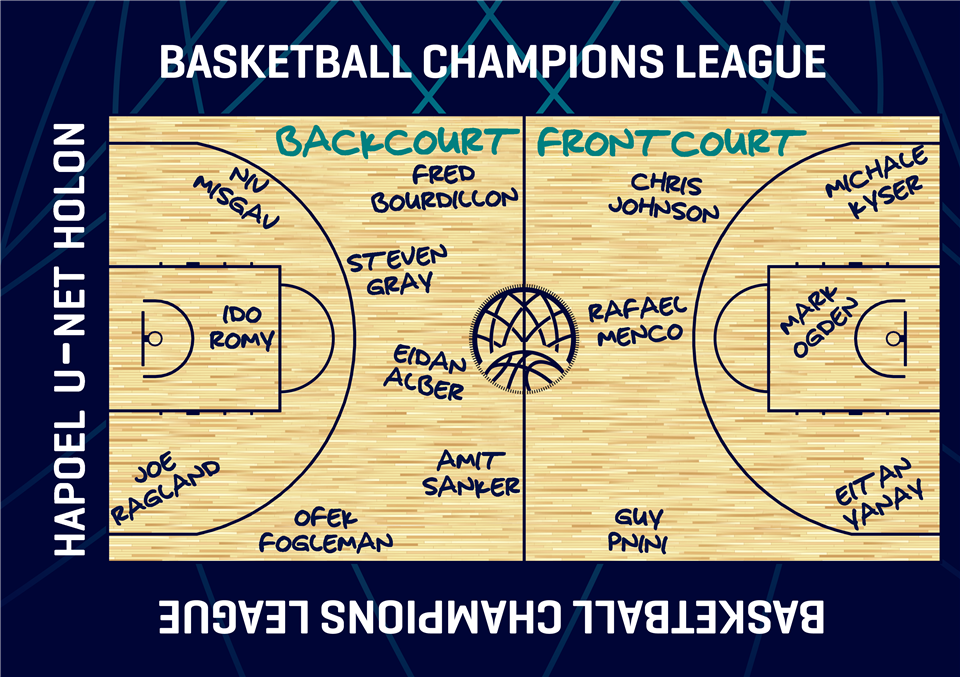 Steven Gray is back to setting records in the BCL. Gray is a 32-year-old shooting guard who went through Gonzaga's program in the NCAA. He then played in Latvia, France, Greece, Croatia and Bosnia and Herzegovina.

During his time at Peristeri, Gray knocked down 10 three-pointers and set an efficiency record of 47 when they played Rytas Vilnius. He finished the 2020-21 season with Igokea, averaging 9 points per game. In four games with Peristeri in BCL, he shot 61.3 percent from beyond the arc.

Another man who had a season to remember in BCL in 2020-21 is Michale Kyser. The 29-year-old center was flying high for VEF Riga, setting a personal best mark with 12.7 points and 6.9 rebounds per game in the Latvian-Estonian League, and getting 10.5 points and 7.9 rebounds in the Basketball Champions League.

Kyser will be the vertical target in the middle for coach Buscaglia, but his biggest strength is perhaps the ability to protect the rim. He averaged more than 2.0 blocks per game in each of his four seasons with the Louisiana Tech Bulldogs, and blocked 2.0 for VEF Riga last season, too.

Mark Ogden is Kyser's partner inside. The 27-year-old was a champion in 2020-21, lifting the trophy in Poland with Arged BM Stal Ostrow Wielkopolski. Ogden spent a year in Luxembourg, two years in Georgia, went to College Park Skyhawks in the NBA G League, before starting the 2020-21 season in Germany.

Ogden averaged 11.3 points for Wurzburg, and then finished the season by putting up 8.3 points and 5.9 rebounds per game for the new Polish champs.

Joe Ragland is in to provide experience in the backcourt. The 31-year-old point guard has been in Europe since the 2012-13 season, which he spent with UCAM Murcia. He then moved to Cantu, Milano, Pinar Karsiyaka, Avellino, Lokomotiv Kuban, Crvena Zvezda Belgrade and finally Hapoel Eilat in 2020-21.

The lefty point guard averaged 14.7 points and 7.5 assists in 29 games last season, earning a trip to another Hapoel this summer. Ragland has been a double digit scorer throughout his career, peaking in 2016-17, when he also played the BCL with Sidigas Avellino and had 14.6 points and 5.2 assists per game.

Two domestic recruits for Hapoel U-net Holon are Eidan Alber and Rafael Menco. Alber was born in 2000, he covers the "two" positions and has been a part of the gold medal winning Israeli team at the FIBA U20 European Championship in Tel Aviv in 2019, alongside Deni Avdija and Yam Madar. Alber appeared in 13 games for Maccabi Tel Aviv last season.

Menco is coming back to Israel after a season in France with Chalon, where he averaged 7.7 points per game in 33 outings in the French League. Rafael is a 27-year-old forward who made his debut for Hapoel Jerusalem in 2012-13, also played for Gilboa Galil, Hapoel Eilat and Hapoel Tel Aviv, always flirting with double digits and putting up career-best 13.4 points per game for Eilat in 2019-20. 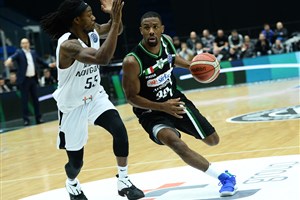 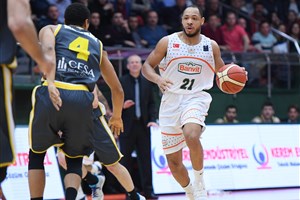