MIES (Switzerland) - It was a packed house in Szombathely to witness an amazing day for Hungarian basketball. Falco clinched first place in the group, finishing a step ahead of Nutribullet Treviso, who could not overtake them on the final lap.

Hungarian champions are using a roster almost completely made of homegrown players. Boris Barac and Marvin Clark are the only international players on the roster for coach Milos Konakov, and they are fitting in perfectly, with Barac leading the scoring in a 68-59 win over VEF Riga. 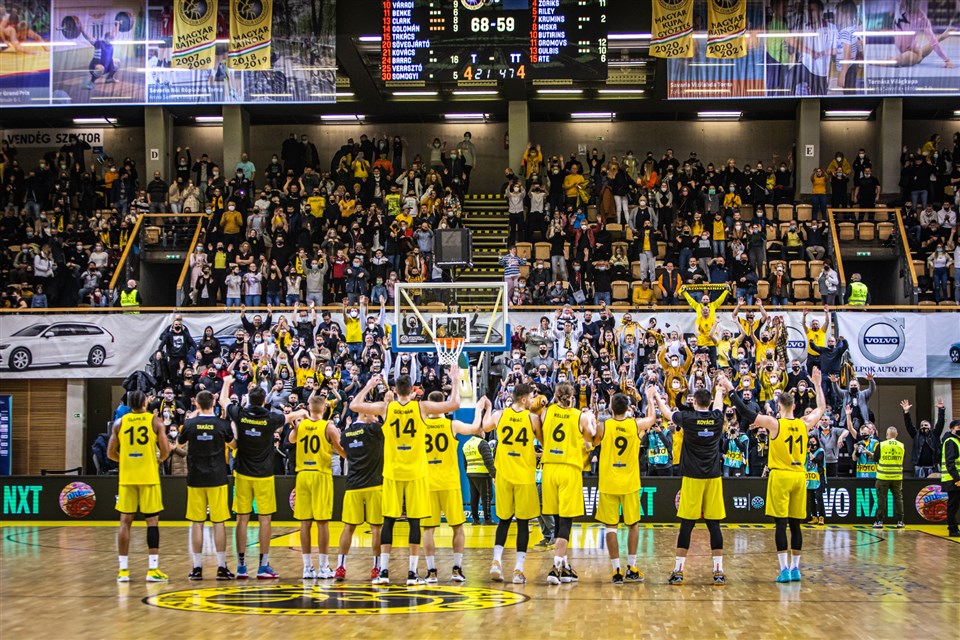 It was a gutsy effort from VEF Riga who knew they would finish third in the group no matter what. But the Latvian champions had no answer in the fourth quarter, scoring only 7 points, and only 19 over the last 20 minutes.

The crowd exploded on the last minute dunk by Gyorgy Goloman, which was the exclamation mark on a near perfect Regular Season for the yellow-and-black squad.

Goloman had 9 points, same as Benedek Varadi who also dished out 8 assists. Zoltan Perl scored 11, while Boris Barac led the way with 16 on the day, and was impressed with the support from the stands.

"This is the best atmosphere since I got here, for sure," Barac said.

"I am for sure happy, but I just wanna say thanks to our fans. Thanks to this city, my club, because they gave us this chance. This is our third season in the Basketball Champions League, we fought for this, and we made this historic result," coach Konakov added.

The fact that they won the group means that they are moving straight to Group L, where Rytas Vilnius are already placed.

The other two teams will come from Lenovo Tenerife's battles with the third-placed team in Group B (Karsiyaka or Jerusalem), and SIG Strasbourg's matchup with either PAOK mateco or Igokea m:tel.

VEF Riga got 13 points from Ron Curry, they will now face JDA Dijon in the Play-In series in January.

The other team moving to the Play-In from this group? Nutribullet Treviso. The newcomers had a couple of match points to win the group in previous two games, but failed to do so, and now have to settle for a series with Lavrio Megabolt to book Round of 16.

Treviso took care of their part on last Gameday, defeating 2018 champions AEK 81-69. DeWayne Russell had 17 points and 8 assists, Michal Sokolowski and Giordano Bortolani had 14 each, while Aaron Jones set a new BCL season-high with 17 rebounds.

"We deserved the win, we deserved the second place. We were really close to first place - thinking about that layup of Dimsa against Falco - but from the other side, a team like us, a newcomer, we need experience. To play the Play-In for us, that's very important. It will give us two or three more games to gain confidence, experience, it will be a great occasion, I hope that our fans could be close to us for those games," Treviso coach Massimiliano Menetti said. 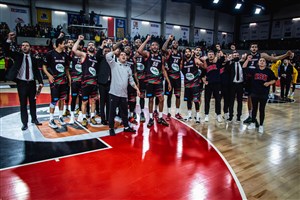 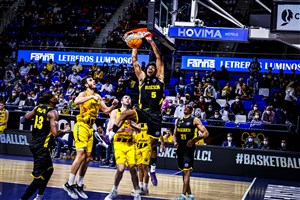