MIES (Switzerland) - It was a big day for Turkish clubs in the Basketball Champions League. Galatasaray Nef and Tofas Bursa reached the Round of 16 by clinching first places in their groups. MHP Riesen Ludwigsburg did the same in Group A, sending Lenovo Tenerife to Play-In Series.

Meanwhile, Banco di Sardegna Sassari are out of the hunt with a game remaining.

Filou Oostende hosted Tofas Bursa with a chance to complicate things in Group F. But at the same time, with the other results going their way, this was also a game that could've sent Tofas Bursa to the Round of 16.

Teams traded blows throughout the 40 minutes, and it seemed the Belgian champs were in control, up 67-62 in the fourth  quarter. Tomislav Zubcic and Pako Cruz found a perfect response for the Turkish side, exchanging three-pointers that not only put Tofas in front, but put them out of reach, too.

Oostende had one last run in them when Dusan Djordjevic cut the gap to 76-78 in the final minute, but even as Berk Ugurlu missed both free throws, Tofas got the offensive rebound. Cruz went 1-of-2 from the line to make it a three-point game, which allowed coach Ahmet Caki to play the fouling game and not allow a three-point attempt.

It finished 83-78, good enough to send Tofas to 4-1. Since they own the tiebreaker over SIG Strasbourg, they will finish first no matter what happens in the last game.

"It's good for us to go to the next round. We're very excited for that. We'll learn from these mistakes we made today, that's going to help us a lot," Cruz said after the game.

Oostende meanwhile know they are in Play-In series, as Kalev/Cramo cannot catch them anymore.

Cruz had 24 points for Tofas, Zubcic following him with 16, and Jeremy Simmons had a crazy stat line of 14 points and 11 rebounds - ten of those being offensive!

With Prometey winning the first game in Sassari, the Ukrainian champions knew that any kind of win at home would send them through to the Play-In Series, while also ending the hopes of Banco di Sardegna Sassari.

It was not a good sign for the Italians that D'Angelo Harrison opened up the game with three three-pointers and 13 points in the first half, despite playing just 11 minutes.

☔️💦 Just because we don't have @canadiankidDJE anymore doesn't mean we don't have 30ft layups in the #BasketballCL 😏@DeeHarrison21 @dap44_ pic.twitter.com/ziIp3rhXFr

With Harrison getting hot, the floor opened up for guys like Chris Dowe (13 first half points) to get to the rim, and Prometey led 45-32 after two quarters.

The score at half looked good for Sassari, since they were trailing by 21 at one point in the second quarter. But any hopes of a comeback were erased with Ronen Ginzburg's team holding Banco di Sardegna to just nine points in the third quarter.

"If I need to describe this game in one word, it's amazing. When you're a coach, not a lot of games what you prepare you see on the floor. Today it was one of those days," coach Ronen Ginzburg celebrated.

"We are a young club, and we break the walls, make history after history. It's a great feeling. Thanks to the fans who support us, now we just want to continue, as far as we can."

Harrison finished with 17 points, and two other players got double-doubles. Chris Dowe with 15 points, 10 rebounds, D.J. Kennedy with 16 points, 11 rebounds, and 5 assists.

Jason Burnell had 12 for Sassari.

"We didn't play like ourselves. Didn't rebound, didn't play defense, didn't talk, no edge. We weren't ready to play. Moving forward, we just have to be tougher physically, mentally, and be ready to play the games for the rest of the year," Sassari's Jason Burnell offered.

Galatasaray Nef the second to advance to Round of 16

With Igokea m:tel defeating ERA Nymburk on Tuesday, Galatasaray Nef got a chance to clinch first place in the group with a win over PAOK mateco. Behind their fans in the stands, Ekrem Memnun's men led from start to finish, winning the game 87-75, sailing away to the Round of 16. 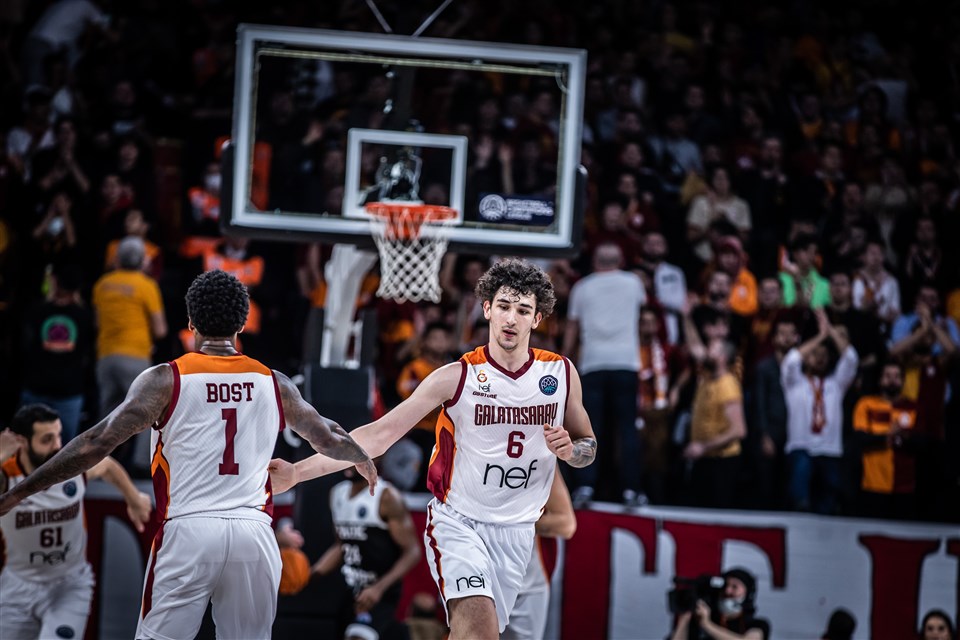 They became the second team to do so, following BAXI Manresa's example in Group B.

In front of a classic fiery atmosphere in a clash between two big names, Galatasaray Nef rode the wave and opened up a 48-40 lead at the break.

DeVaughn Akoon-Purcell was unstoppable in the first 20 minutes, scoring 16 points on 4-of-4 shooting from beyond the arc.

🦁 Remember, @GSBasketbol are through to Round of 16 if they keep up this kind of shooting (5/8 3PTS)! #BasketballCL pic.twitter.com/LSvn93q3jy

Galatasaray did not look back the rest of the way, and once Sadik Kabaca knocked down a big triple to end the third quarter, the party in Istanbul could start. Kabaca finished with 16 points and 6 rebounds, proving once again he belongs in the Best Young Player conversation.

Akoon-Purcell had a team-high 20 points, Dee Bost scored 16 with 8 assists, Melo Trimble was also in double digits with 13 points, 5 rebounds, 5 assists. PAOK mateco got 15 points and 8 rebounds from Marvin Jones, but they are now in a three-way tie with ERA Nymburk and Igokea m:tel at 2-3.

Ludwigsburg also through to Round of 16

Before the season started, it seemed like Lenovo Tenerife were strong favorites to win Group A. But MHP Riesen Ludwigsburg had other plans, winning the first game in Germany by 11, and then adding an exclamation mark in Spain, with a 99-83 triumph in San Cristobal de La Laguna.

John Patrick's team opened up a double digit lead by the end of the first quarter, and got to 53 points before the halftime break. Tenerife tried fighting back, but every time they seemed to be on their way to a single digit deficit, Ludwigsburg had a thunderous answer.

MVP of October Jonah Radebaugh scored 20 points, with 6 rebounds also to his name. Jordan Hulls scored 15 with 5 assists, Jacob Patrick finished with 13, Yorman Polas Bartolo, Jonathan Baehre and Tremmell Darden each had 12, and Justin Simon raised the roof for 10 points, including a monster dunk to seal the deal.

Ludwigsburg won the bench points 42-23, and were up 24-2 in points from turnovers. Bruno Fitipaldo and Kyle Wiltjer combined for 40 points, Giorgi Shermadini added 17 to the mix, but it wasn't a game to remember for Txus Vidorreta's club. 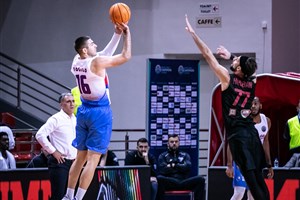