MANRESA (Spain) - BAXI Manresa are pulling away from the competition in Group B, as they have completed the season sweep of defending runners-up Pinar Karsiyaka with an 88-69 victory on their home court.

Manresa now have a clear path to win the group and clinch their spot in the Round of 16.

If Hapoel Bank Yahav Jerusalem defeat Arged BM Stal Ostrow Wielkopolski tomorrow, Manresa will automatically advance to the next round.

Turning point: Manresa went on a 17-4 run in the last five and a half minutes of the second quarter to go up 42-35 at halftime.

They continued their high level of play in the second half, never losing the lead again.

It was all clicking for Manresa, as they sealed the game by outscoring Karsiyaka 29-19 in the fourth quarter.

Bako was a perfect 8-of-8 from the field and 4-of-4 from the free-throw line with an efficiency rating of 36.

The 26-year-old became the first player in BCL history to combine for 20+ points and 10+ rebounds while shooting 100% on both field goals and free-throws.

He's already got the hair, so no wonder Ismael Bako said "Excuse me while I kiss the sky" 🎸🎵 #BasketballCL | @BasquetManresa pic.twitter.com/tp657AKumI

Bako became the second bench player to get an efficiency rating greater than 35 while playing fewer than 30 minutes in a BCL game after Jack Cooley did it with MHP Riesen Ludwigsburg against Proximus Spirou in November 2016.

Manresa also had a big advantage in points off the bench (56-25) and the 56 points are the most for a team in a BCL game this season.

Bottom line: Amath M'Baye was the standout player for Karsiyaka and was the game's top scorer with 28 points along with 7 rebounds and 2 steals.

The 28 points are a BCL career-high for M'Baye (39 games) and he also became the first French player to score more than 25 points and grab more than 5 rebounds in a BCL game.

Manresa remain unbeaten at 4-0 at still sit on top of Group B.

The Spanish club will travel to face Arged BM Stal Ostrow Wielkopolski in their next game on Dec. 7.

Karsiyaka are now 2-2 and currently sit in second place in the group.

The Turkish club will host Hapoel Bank Yahav Jerusalem in their next game on Dec. 6. 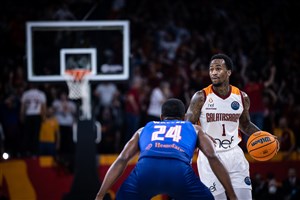 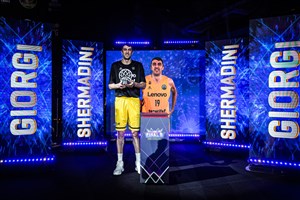