MADRID (Spain) - With (almost) everyone having completed three games and having faced each team in their group once, we are starting to see some patterns emerging in the data and also starting to get a better idea of the way teams are set up to play. Let's take a quick look at some of the numbers and film so far.

The dashboard above shows two charts; the first gives us an early look at where teams are in terms of Offensive and Defensive Rating (or points scored and conceded per 100 possessions) and the second chart below tells us which teams are getting the balance right and scoring a plus on their Net Rating per 100 possessions.

As we have already seen on the chart, offenses have been dominant so far in the first three rounds of play. If we already know that only five teams haven't managed to score over 100 points per 100 possessions, we can't expect to see many teams conceding less than the 100 points per 100 possessions target. In fact, where we only saw one with an Offensive Rating over 120 (Ludwigsburg), we already see three teams really struggling on the defensive end and giving up more than 120 per 100 possessions; Nizhny Novgorod, Dinamo Sassari, and AEK. Perhaps even more intriguing is that none of those clubs would typically produce teams expected to struggle on the defensive end.

When it comes to elite performers on the defensive end, we can see two clubs outshining everyone else; Hapoel U-NET Holon have an 88.7 Defensive Rating in their two games so far, and Unicaja leads the way, giving up just 87.9 points per 100 possessions. Coach Katsikaris couldn't be much happier with the way his squad has introduced themselves to the Basketball Champions League (actually, Katsikaris is almost certainly not satisfied because he's a coach and if we know one thing about European basketball coaches, it's that they are never happy).

If we are looking at the next chart on the bottom of the dashboard we can see the best teams for Net Rating have tall green bars above their names and the teams that are struggling have deeper yellow bars above their names. Unfortunately due to health and safety protocols Hapoel U-NET Holon have played only two games instead of three so we can't measure them against the other teams on the chart in the same way but nonetheless, their Net Rating of + 25 points per 100 possessions so far has been a very impressive start to the season. This leaves us with two advanced stat machines so far; Unicaja and MHP Riesen Ludwigsburg.

Unicaja have the best Net Rating in the competition at this early stage with a ludicrous +29.3 points per 100 possessions. This shouldn't really be a surprise when we consider they have won their games by an average margin of 20.6 points. If we look at the film it's not hard to see why they have been so impressive on the defensive end. Coach Katsikaris has installed a defensive system that uses all five players to build a force field around their basket. They allow the fewest 3-point attempts in the BCL this season, allowing their opponents just 18.3 attempts from behind the arc. The result of this is that they are also elite when it comes to points conceded to spot-up situations at just 0.42 points per play (per Synergy). They close out hard and even when they get blown by on the closeout, there is always the next man to help and contain.

Watch the clip below and notice that #43 Carlos Suarez helped one pass away on the blow-by, then #7 Jonathan Barreiro was early as the next rotation, positioning himself to stop the ball reversal and keep the ball on one side of the floor until #Alberto Diaz could recover. They did eventually give up a late 3-point attempt but it was contested with length and certainly not the shot the offense wanted.

Again, in this next clip below we see the team defense ethos as #50 Michael Eric moves his feet quickly to shut the door on the drive. His help completely just killed the offensive advantage for Dijon.

The last clip for Unicaja is another great example of how this system is designed for players to have each other's backs. Watch how they front the mismatch in the low post, then use a "Scram Switch" to nullify the advantage whilst the ball is in the air.

Another season, and another elite rebounding team in Ludwigsburg. Aggressive, physical basketball has become the brand for John Patrick's squads in south-west Germany and this team is no different. If anything they are more physical than any of their predecessors and in their three games to date have recorded +21.4 points per 100 possessions. Easily on track for their most efficient season ever in the BCL.

Very few teams dominate Lenovo Tenerife on the glass but that is exactly what Ludwigsburg did on Gameday 3. This team is stacked with athletic monsters on the glass. Justin Simon, in particular, looks like he was born to play for Ludwigsburg, you couldn't imagine a better fit. Yorman Polas Bartolo is another that feels right at home playing tough defense and crashing the glass - but it's the entire team that does the dirty work.

In the video below, it's 17 year old Jacob Patrick that crashed from the corner and beat an entire team to the rebound. But they don't give up if the first attempt doesn't work out. On the next missed shot, #5 Justin Simon did what he does best and got after it, eventually scoring and forcing a timeout. Relentless.

Again, in this second clip, we see Jonas Wohlfarth-Bottermann outrebound an entire team.

We couldn't end the article without a passing mention of the Ludwigsburg pressure defense, specifically the way they use it to generate easy offense. They are already using a full-court press on 39.5 percent of their defensive possessions, nobody else in the Regular Season is pressing on 20 percent of their defensive possessions and there is always a stretch in every game when they end up suffocating an opponent. Even Tenerife with their depth and experience in the backcourt struggled with it.

So, there we have it, three games in and so far two teams above all the others have stamped their mark on the season. However, as relentless as Unicaja are defending the perimeter, or Ludwigsburg are crashing the glass, the BCL itself is even more relentless and even the slightest loss of momentum could see either of these teams fall off the top.

The only thing that will really matter is who is on top when we revisit this data dashboard after the next three Gamedays. 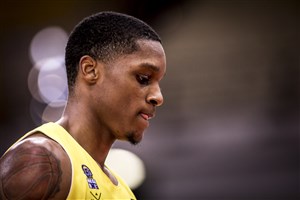 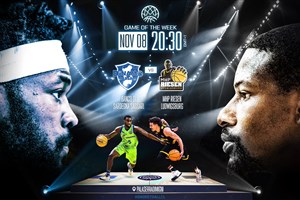