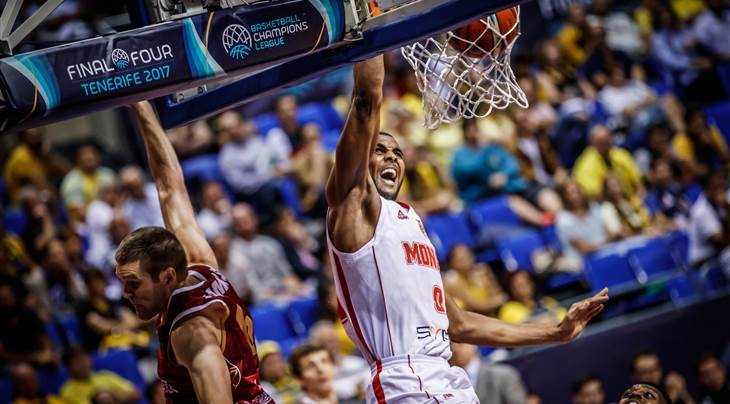 An 8-0 spurt as part of a larger 21-10 run in the second period saw Monaco pull away for good on their way to finishing the season on a high.

Brandon Davies led the way with 17 points, Yakuba Ouattara had a number of impressive dunks on his to 13 points, whilst Amara Sy and Dee Bost added 12 each.

"It's over now, we put a lot of effort into it, a lot of hard work, a lot of sweat," Davies said after the game.

"We didn't finish how we want to, but being here and coming away with third place is still an accomplishment.

"Obviously we had bigger appetites but it was a great challenge, a lot of really good teams, and I think we can be proud that we came out of here with at least one win."

The game turned into a highlight-fest for Monaco, as Zack Wright distributed the action with 8 assists to go with his 11 points.

"To be honest, it's not easy to play a game for third place especially after a semi-final," added Monaco Head Coach Zvezdan Mitrovic.

"We had ambition to play the Final, but ok. For me and for the players, I wanted the guys to go on the court and play the game like we play every game; to show our best basketball and of course represent Monaco and French basketball."

Umana Reyer Venezia were led by 13 points-a-piece from MarQuez Haynes and Jamelle Hagins and a further 12 from Ariel Filloy.

"It was a really tough mental game, we played like we could down in the last minutes but Monaco absolutely deserved to win this game. This was for us an amazing experience and a big result to get to the Final Four so we need to learn from this experience."

A free flowing start from both teams featured few stoppages as Monaco and Venezia got the crowd excited with some spectacular plays early.

In a replay of yesterday, Shuler got off to a hot start with 8 points in the first quarter for Monaco, whilst he was almost evenly matched by Venezia’s Tyrus McGee who had 7 of his own. It was AS Monaco who held on to a 26-21 lead after the opening period.

The second quarter slowed, taking almost two minutes before Venezia found the bottom of the basket to pull back within three.

An inbound alley oop from Fofana - the first of many on the night - gave Monaco their first double digit lead of the game, 36-25 midway through the second, before another dunk from Wright completed an 8-0 run to make it a 13 point game.

That proved to be the turning point. Monaco took a 14 point lead into the halftime break with 9 of 12 players finding the bottom of the net, and never looked back.

It took four minutes into the second half for Monaco to extend their lead to 22 and they would cruise the rest of the way, attacking the rim for a number of big throw-down finishes that would electrify the crowd. 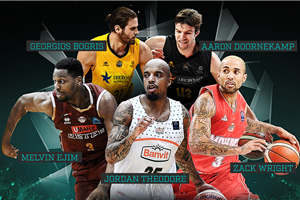 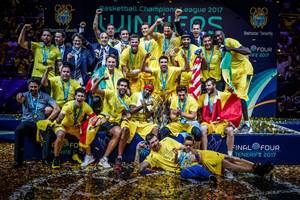