MIES (Switzerland) - Six teams punched on Sunday their ticket to the 2019-20 edition of the Basketball Champions League, after emerging victorious from their respective Qualification Round 2 ties. 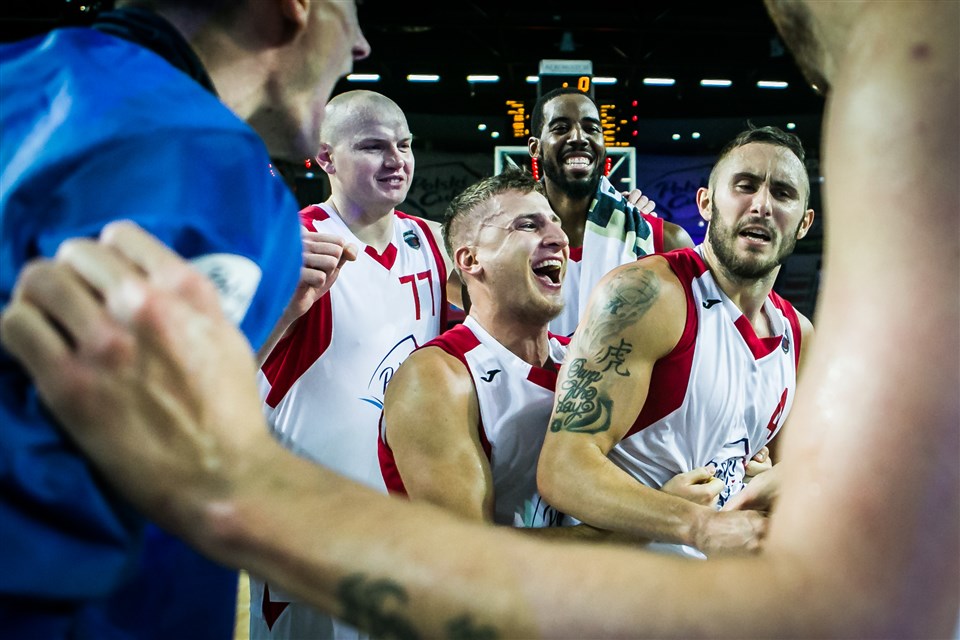 The last two remaining tickets will find their rightful owners on Monday night but first, let's have a closer look at Sunday action.

Nizhny Novgorod became the first team this season to secure a place in the Basketball Champions League  from the qualifying stages, after defeating Legia 78-63 on Sunday.

The Polish visitors appeared poised to produce a big upset when they rallied from behind to push ahead by 4 points in the second quarter, but Nizhny weren't in the mood to see their 13-point cushion from the first leg jeopardized in any way.

The hosts came back from the locker rooms after the break looking more composed, run in the open floor and re-built a double-digit lead, 62-52, never to look back again. Nizhny scored 21 points from Legia's 13 turnovers.

Chavaughn Lewis had an inspirational night on the offensive end for Nizhny, pouring in 24 points on 10 of 13 shooting from the floor and adding 2 rebounds, 2 assists and 2 steals. Alec Brown meanwhile had a near double-double as he finished with 12 points and 9 boards. For Legia, Isaac Sosa had 18 points in a losing effort.

Telekom Baskets Bonn were made to work hard on the night by Fribourg and had to use a late rally in order to claim an 80-72 win in a clash that featured 18 lead changes, but the German side's comfy 14-point cushion from the first leg was never really in danger.

With the Swiss leading 68-66 and 5:38 left on the clock, Benjamin Simons drilled a three-pointer to spark a 12-0 run for the hosts, which he capped off himself with another triple, 2:40 from the final buzzer.

Simons and Trey Mc Kinney Jones finished with 14 points apiece for the winners, on a combined 6 of 8 from behind the arc, while Branden Frazier chipped in with 13 points, 4 rebounds and 2 assists. Fribourg's Timothy Derksen had a game-high 18 points and added 7 rebounds in a losing effort.

Falco produced an amazing display down the stretch, holding Ventspils to just 10 points in the final 12 minutes of their Sunday second-leg clash, to celebrate a 73-55 victory in Latvia and earn a place in the Regular Season.

Ventspils appeared to grab control of the tie midway through the third frame, when they led by as many as 8 points and, momentarily at least, overcame the 6-point deficit from their 75-69 defeat in Hungary.

Falco however tied the screws on defense and used an 11-0 run bridging the final two quarters to turn a 45-44 deficit 2:32 from the end of the third stanza into a 55-45 lead with about eight minutes left to play.

With both teams enduring a poor shooting night from downtown, Falcos's ability to get buckets close to the basket proved vital. The Hungarian outfit scored 48 points in the paint, compared to 24 for Ventspils.

Juvonte Reddic paved the way for the winners with a double-double of 16 points and 11 rebounds, while Szilard Benke and Marko Filipovity contributed 15 points each. Marcis Vitols was the only Ventspils player to score in double digits, finishing with 14 points and 3 rebounds.

🎉 @MornarBar win by 17 on aggregate (167-150) and advance to #BasketballCL Regular Season, as they eliminate @SLBenfica!

Benfica earned a hard-fought 82-71 win on the road over Mornar Bar but fell short of the 29-point upset they needed to turn the tables on their Montenegrin hosts, so Mornar claim the ticket to the Regular Season from this tie, courtesy of their outstanding first-leg display.

The Portuguese side opened up a gap late in the second stanza and led by as many as 16 points, 56-40, in the third frame, but Milko Bjelica knocked down a triple to instigate an 8-0 Mornar burst.

Benfica still had enough gas left in the tank to keep ahead of Mornar the rest of the way, but the hosts didn't allow them to stretch the gap any further.

Micah Downs recored a double-double effort of 24 points and 10 rebounds, also adding 5 assists, while Toure' Murry chipped in with 18 points, 6 boards and 5 dimes. For Mornar, Bjelica finished with 14 points and 2 rebounds and Jacob Pullen had 12 points and 4 assists.

Scenes of jubilation erupted in Torun on Sunday after Keith Hornsby drilled a triple at the buzzer to lift the hosts to a 70-58 triumph on the night and a one-point win on aggregate.

The hosts called a time-out with 2 seconds left to play, and trailing by 2 points on aggregate. Kyle Weaver appeared to have trouble in-bounding the ball but, just in the knick of time, Hornsby managed to create enough space to receive the ball, rise and release it in one motion, hitting the all-important three from deep.

In what was perhaps a sign of things to come, a normally good shooting team like Karhu was only 4 of 25 from behind the arc on the night, while Polski Cukier shot 7 of 20 from downtown.

Hornsby led the way with a game-high 22 points on 9 of 14 shooting from the floor and 7 rebounds, while Kyle Weaver added 18 points and Damian Kulig came up with a double-double of 12 points and 11 rebounds.

🚨 @SanPabloBurgos broke the Qualification Round attendance record tonight with 9'600 people at the game! #BasketballCL pic.twitter.com/td9DBzRHJF

Spanish newcomers San Pablo Burgos showcased their high-octane offense in their first ever European contest at home, in front of almost 9,000 of their fans, to seal their passage to the Regular Season with a 96-62 win over BC Kyiv Basket.

San Pablo, who were defending a 3-point advantage from their first-leg win in Ukraine, started pulling away late in the opening frame and gained their first double-digit lead, 31-20, shortly after the start of the second.

Once Kyiv started struggling on the offensive end, their defensive transition effort also diminished and the Spanish hosts run in the open floor at will, having scored 26 points on the fast break by the time they stretched the gap to 36 points, 80-44,  in the third quarter.

Earl Clark led the winners with 16 points and 5 rebounds while Jean-Pierre Tokoto had 15 points, 6 boards and 5 assists. For Kyiv, Deon Edwin finished with a game-high 18 points and added 6 assists off the bench.

"Burgos is not only a good team, it is a team that knows how to win. I think they can advance from the group and maybe make it through  the play-offs into the Final Four - once you're there, it's a single game, so anything can happen," said BC Kyiv head coach Ainars Bagatskis.

"I appreciate the coach's kind words but I think we are in the toughest groups in the competitition and it's a long way to the play-offs. For now, we are happy that our great fans will have the chance to watch teams such as AEK Athens or Hapoel Jerusalem, Burgos deserves this opportunity," commented San Pablo head coach Joan Peñarroya. 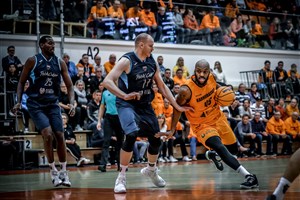