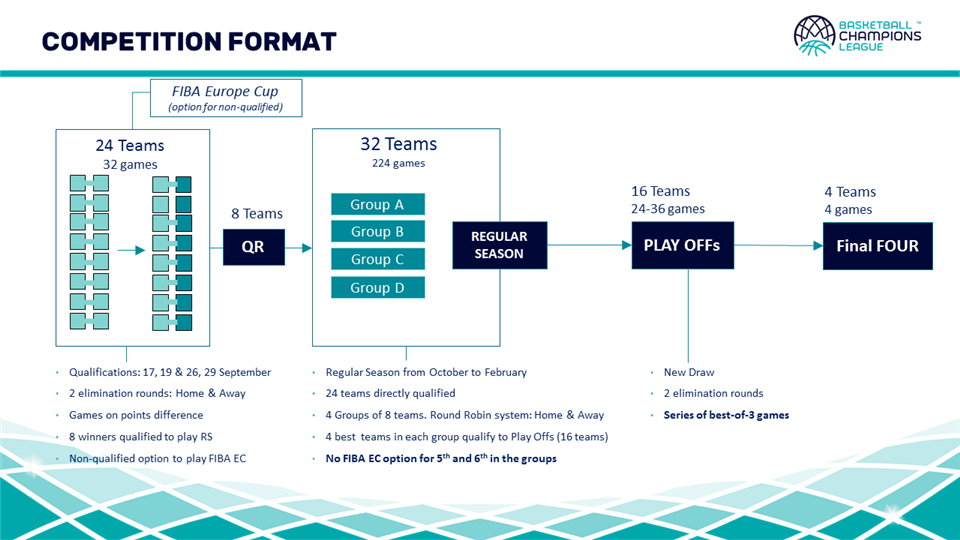 The Quarter-Finals will start on 24 March 2020 and conclude on 8 April 2020. The 8 teams will play home and away and the 4 winners will advance to the Final Four.