BAMBERG (Germany) - Tyrese Rice of Brose Bamberg has enjoyed a dazzling first season in the Basketball Champions League. He sure didn't hold anything back on Wednesday, with his 32 points leading the team to a second straight victory over Banvit and into the Quarter-Finals. The 31-year-old guard has scooped the honor as MVP of the Round of 16. He has spoken to the championsleague.basketball website. 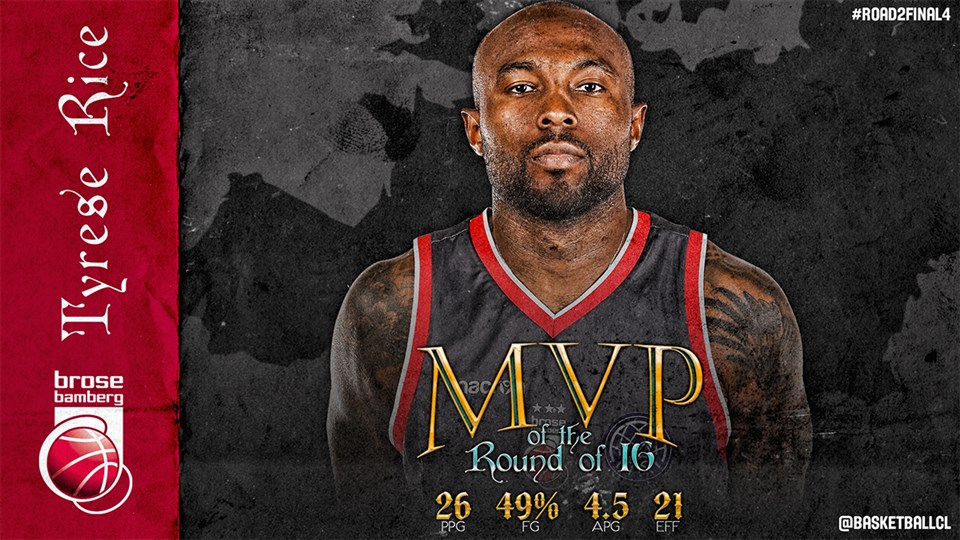 Tyrese, congratulations on advancing to the Quarter-Finals. You've also been named MVP of the Round of 16 after a couple of riveting performances.
Thank you very much. Winning is the most important but this is something I really appreciate. It’s nice to have the acknowledgement. I’m blessed to be selected as the MVP of the Round of 16.

Banvit were a very difficult opponent for Bamberg. The team and the fans had passion and determination in abundance.
We knew it was going to be tough, especially going into their place. It’s a very difficult gym to play in, a few of us had played there when I was with Khimki and it’s just a tough game.

We saw you had a nice exchange with the fans at Banvit. Even with all the cheering against you during the game, there seemed to be a genuine affection for you.
Well, they know I see them. They yell at me all crazy before the game, yelling at the team, and during the game you engage in some talk back and forth and then at the end, it’s all about respect. Nobody means any harm to anybody at the end.

After one 3-pointer you made, you had some fun with a gesture to the crowd.
(Laughs) Yea, I was just telling them to calm it down. You take it serious but at the end of the day, it’s a basketball game. You’ve been doing it all your life. It’s not like any particular moment is bigger than another, it’s just about going out there and doing what you’ve been working on and doing what you know you can do and translating it over to the game, regardless of the situation.

Do you prefer to be in an away environment that is very hostile, when they’re trying to make life difficult for you? Are those away wins more special?
Oh yes, definitely. That’s one of the best feelings as a player. When you go on the road and it’s really hostile, and you go in there and see those fans walking out of the gym with a totally different attitude to what they had when they came in, it’s a good feeling and it’s like that for anyone that plays sports.

“I honestly think playing in so many games that I did in middle school, high school, kind of prepared me. I played in some games, some gyms in high school where it was standing room only, people sitting right on the baseline. They literally couldn’t get any seats. When you play in these environments when you’re young, it prepares you for everything else.”- Tyrese Rice

Where have you enjoyed getting road wins most?
Man, that’s a good question. Probably when I was at Maccabi and going to Hapoel Tel Aviv. It’s like a huge, huge rivalry. It’s kind of like Panathinaikos and Olympiacos playing. Maccabi is normally nine out of 10 times the better team but it’s always a crazy, competitive game and always a high level close game playing there and winning in that gym is probably one of the best ones. Jerusalem fans, they treat you the same way (laughs), it ain’t much different.

What about the AEK’s crowd, which you are going to encounter for the second time this season?
Oh yes, it’ll be loud in there. Our second game against them, it will be loud for sure. There will be eight- to 10,000 people in there for sure. 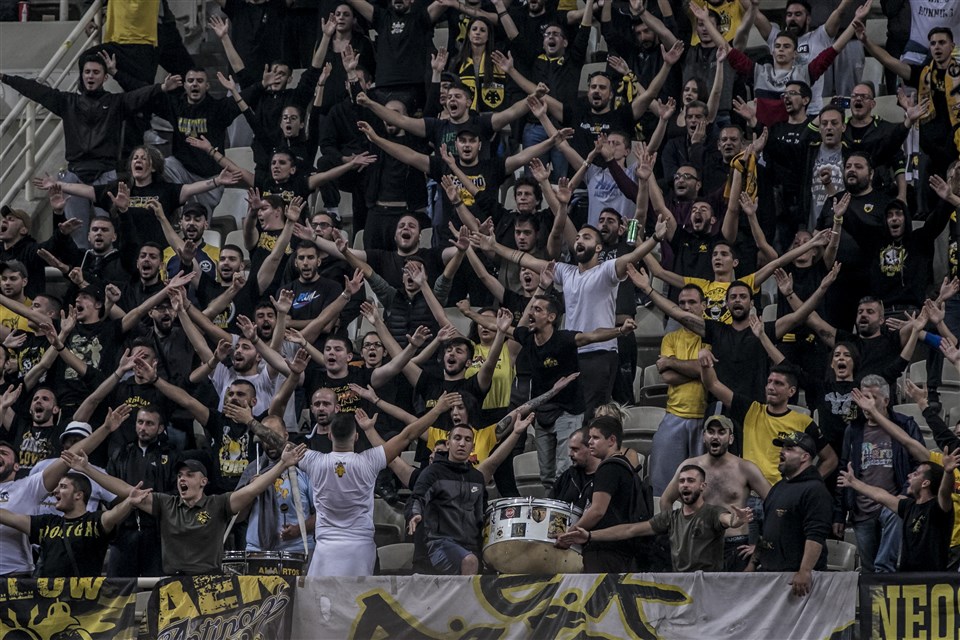 Some would suggest that you truly are a player that is worth the price of admission. It's as if you are a showman. Has it been like that for your entire career?
I think so, just trying to give the fans what they want to see and to have a good time. Honestly, I’m just playing the way I’ve always played. I’ve never changed the way that I've played since I was, I don’t know, 11, 12, 13 years old. I’ve been the same. I think it’s just in the game, the way that you play, I guess that’s just my style.

You played in the ACC in the American college game. How did that prepare you for the next level?
I honestly think playing in so many games that I did in middle school, high school, kind of prepared me. I played in some games, some gyms in high school where it was standing room only, people sitting right on the baseline. They literally couldn’t get any seats. When you play in these environments when you’re young, it prepares you for everything else. It’s a lot easier. You’re not as nervous because you’ve seen it before. I think playing in those kinds of gyms as a young kid helps and then in college, you’re playing against Carolina (UNC), Duke, in front of 20,000 people, it just prepares you for these moments.

Hearing you talk about this, it must feel like a blessing to be able to do what you do for a living.
Yes, definitely. You wouldn’t want it any other way. It’s what you’ve been preparing for, trying to get to your whole life, just playing, working out, practicing and trying to perfect your craft, just to get to these types of moments. Once you get to these moments, you just need to go back to what you’ve always done.

When you were growing up, we're guessing you weren’t watching European games but NBA games. When the opportunity came to go overseas, what were the challenges?
I didn’t know anything about European basketball until I got to Europe and my first year in Greece was probably my most difficult year that I’ve had in Europe. There were payment problems, a lot of stuff going on and it kind of made me second-guess if I wanted to even come back and play in Europe, fearing it might be like that every country. But going to Germany after that, being in a small town where I had nothing really to do except play basketball, work out, watch games, that molded me into being a real student of the game.

Did anyone, an agent or coach, advise you during that difficult time in Greece?
Really, there wasn’t a lot that anyone could say. I was in Greece when everything just hit the fan economically, it was tough for everybody.

By coming to Europe, you’ve opened your eyes to the world.
Yes, you learn so much about difference cultures, things you’re just not aware of. In the United States, you know one thing and that’s just how it is. When you come to Europe, there are so many different cultures. It was very different coming from the United States to Greece and then Germany the year after that.

❄️ Rice in his veins! Who is the most clutch player of the #BasketballCL?⁣⠀ #Road2Final4

Moscow, Tel Aviv, Barcelona, Munich, Vilnius - you have a lot of good memories and tough memories from all of these places no doubt. Which was your favorite place?
I guess I'd say Tel Aviv, they embrace you from the beginning, even when it was rough, they stayed with me. I’ll always have a special place for them, how they embraces me as a person and a player.

Back to the Round of 16, against Banvit in that second leg, your post-game remark to the TV reporter on the court was telling. You’d just scored 32 spectacular points, wowed the crowd with behind-the-back dribbles and sweet passes and you did so in the coolest of fashion. But instead of answering questions about that, you said: “I’m just glad we got the win.”
In the end, it’s all about the win. It doesn’t matter how many points you scored as an individual or any of that, if you don’t win the game, all that other stuff doesn’t matter in my eyes. People always bring up the game I had for Boston College against Carolina when I had 46 points or whatever, but we lost. I would rather have 10 points and win the game than 25 and lose. That’s just my approach. So when they spoke to me after the game, they kept wanting me to talk about having scored 32 points and I said, ‘Look, we won the game.’ If I’d had 3 points and 2 assists and we’d won the game, I’d have been just as happy to advance. It’s all about winning. All the individual stuff comes after you win.

With Bamberg, you had the coaching change in the middle of the season. How has the transition been from Ainars Bagatskis to Federico Perego, who had been his assistant?
It’s been really smooth.  Fede has been around the game for a long time. He understands what it takes to win, how to approach certain situations. It’s not a surprise that he’s been a success with us. I'm impressed with his adjustments and ability to draw up plays whether it’s in the heat of the moment or not. I think that’s when you know something about a coach and he’s really been great about that.

Looking back at that game, there was a moment in the fourth quarter when we were like, ‘Okay, Bamberg have got the win, but then Banvit dug in and made this extraordinary comeback.
“It’s basketball. It’s like that everywhere. It’s a game of runs. It doesn’t matter how hot you get early, you have to sustain it. At some point in the game, the other team is going to go on a run. It’s about making sure that run isn’t a big one, like not a 10-0 run but a 5-2, 7-2 - something shorter. We knew they were going to make a run because they were playing at home. It wasn’t surprising at all.

Can you even think about going to the Final Four now?
No, we’re just trying to take it a game at the time. We’re aware what’s at stake, and what’s ahead of us. But that’s not something you can think about when you’ve got an opponent like AEK in front of you. 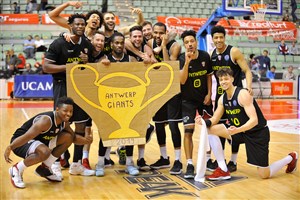 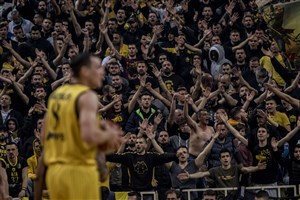