MIES (Switzerland) - The Official Draw Ceremony for the 2019-20 season of the Basketball Champions League took place on Thursday in Mies, Switzerland. The Regular Season consists of four (4) groups of eight (8) teams each, with games played on a home and away basis and in a round robin format. The four (4) best ranked teams from each group will advance to the Play-Offs. The action will tip off on 15 October. 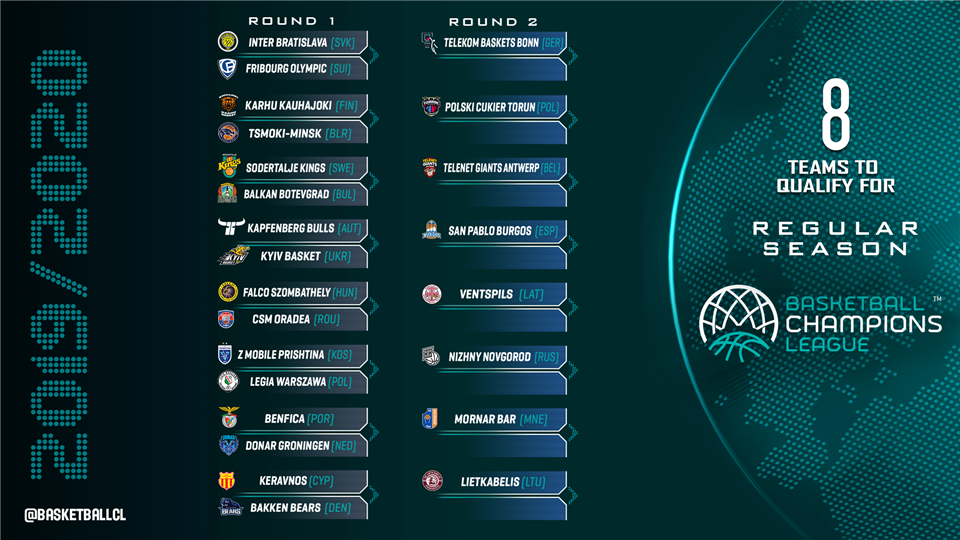 Games will be played home and away on 17 and 20 September. The teams indicated in second position will play the second leg at home.

Games will be played home and away on 26 and 29 September. The teams indicated in second position will play the second leg at home.

Distinguished guests, including members of the Basketball Champions League's Board of Directors, Committees Members, Shareholders Leagues and representatives from all 48 participating teams, were in attendance for the special occasion.