Can Promitheas break Bologna's perfect record? 40 facts to know ahead of Wednesday's games Venezia catch fire in Fribourg - Gameday 7, Tuesday Round Up

Chrysikopoulos leads PAOK past Tenerife - Gameday 7, Wednesday Round Up 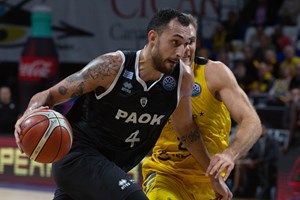