White 9 receives the ball in the low post, bounces the ball and finishes his dribble, faces the basket and attempts a field goal. He misses it and in the rebound the referees call a personal foul to White 3.

Outcome: Incorrect decision from the referees. These play situations in the low post area are usually covered by two referees as they are a dual coverage area. In this occasion it seems that the focus was on any eventual contact that could happen during the act of shooting. The travelling violation was missed.

Yellow 4 drives towards the basket and passes the ball to Yellow 19, who catches it and starts his act of shooting in a continuous movement towards the basket. At the same time, Black 32 falls to the floor and the referee calls a technical foul on him for faking being fouled and makes the signal to cancel the basket by Yellow 19. After a short talk with the crew chief they decide that the field goal is valid and award 1 free throw to the Yellow team for the technical foul.

Article 33.16   Fake being fouled
Fake is any action by a player to simulate that he has been fouled or makes a theatrical exaggerated movement in order to create the opinion of being fouled and therefore gaining an advantage.

Outcome: Correct decision from the referees. The basket counts and the Yellow team will be awarded 1 free throw with no line-up for the technical foul. The game shall be resumed with a Black team throw-in from any place behind their endline.

Blue 33 misses an attempt for a field goal and during the rebound situation, the ball is tapped by Blue 5. The ball returns to the Blue teams backcourt, where it is passed by Blue 6 to Blue 8, who is in his frontcourt.  The referees don’t call a backcourt violation.

Outcome: Correct decision from the referees. The Blue team didn’t have the control of a live ball in the frontcourt as they had lost control of the ball when Blue 33 shot to the basket. They only established a new team control when Blue 5 let the ball rest in his hand to make the pass. Legal play.

With 0.6 seconds to the end of the game, Blue 10 is going to make a throw-in. Before the throw-in the referee makes the conventional signal to inform White 9 (and other defenders) that they are not allowed to move any part of their body over the boundary line. White 9 tries to defend the throw-in but his feet and arms cross the boundary line. The referee calls a technical foul.

Article 17.3.3 When the game clock shows 2:00 minutes or less in the fourth quarter and in each overtime, and there is a throw-in, the referee shall use an illegal boundary line crossing signal as a warning while administering the throw-in.

If a defensive player:

it is a violation and shall lead to a technical foul.

Outcome: Correct decision from the referees. White 9 has interfered with the throw-in and during the last 2 minutes of the game this is a technical foul without previous warning. Any Blue team player shall attempt 1 free throw with no line-up and the game shall be resumed by a throw-in to the team that had the control of the ball from the place nearest to where the ball was located when the game was stopped for the technical foul.

White 0 dribbles towards the basket and makes a lay-up. Blue 22 tries to block the shot and hits the backboard. The referee calls a basketball interference violation and awards the field goal, 2 points.

Outcome: Correct decision from the referees. Blue 22 hitting the backboard caused the basket to vibrate preventing the options of the ball from entering the basket. 2 points are awarded to White 0 and the game shall be resumed with a throw-in by the Blue team from any place behind their endline.

White 6 makes a lay-up and in their attempt to block the shot, Black 5 and Black 10 touch the backboard. The referee calls a basketball interference violation and awards the basket.

Outcome: Incorrect decision from the referees. Even if the defensive players hit the backboard, the ball was not prevented from entering the basket: it didn’t have any option to enter. 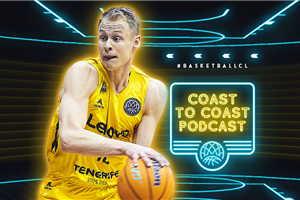 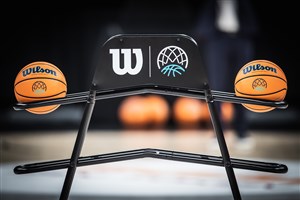