MIES (Switzerland) - The action-packed fifth week of the Play-Offs is upon us and as many as five of the remaining seven tickets to the Final 8 can find their rightful owners this week.

Meanwhile Pinar Karsiyaka, Igokea, Turk Telekom, SIG Strasbourg, Brose Bamberg and Dinamo Sassari are the teams whose interests are best served if the qualification race in their respective groups is not resolved before Week 6.

Here's a guide to the range of potential results that can lead each team to their desired outcome:

Hapoel Unet-Credit Holon will qualify if they beat Brindisi.

Happy Casa Brindisi will advance if they beat Holon and Tofas beat Karsiyaka in the other game this week. If Karsiyaka beat Tofas and Brindisi lose to Holon, then the winner of the encounter between Karsiyaka and Brindisi, on the final gameday, will make it to the Final 8.

Pinar Karsiyaka need to beat Tofas Bursa if they want to depend entirely on themselves on the final gameday.

Tofas Bursa are out of contention.

Hereda San Pablo Burgos will advance to the Final 8 if they beat Igokea in at least one of the two clashes between them this week. That result would also send Lenovo Tenerife to the Final 8.

Lenovo Tenerife will qualify if Burgos beat Igokea in either one of the two games between those two teams this week.

Igokea will stay in the race only if they beat Burgos in both games between them this week. If Igokea lose even one of those two games against Burgos, they will be eliminated from contention.

VEF Riga are out of contention.

Nizhny Novgorod have secured a place in the Final 8.

AEK will advance if they beat Turk Telekom and Nizhny Novgorod beat SIG Strasbourg in the other Wednesday game.

Turk Telekom will stay in the race only if they beat AEK, otherwise they are eliminated from contention.

ERA Nymburk will advance if they win both their Tuesday and Thursday games, against Bamberg and Zaragoza, respectively.

Casademont Zaragoza will advance if they win both their Tuesday and Thursday games and Bamberg lose at least one of theirs.

Dinamo Sassari cannot secure qualification this week. They will drop out of contention if they lose both their games. 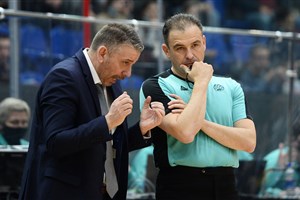 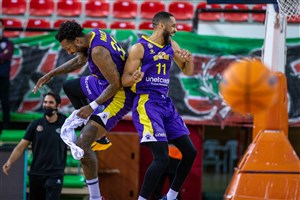