Black 24 is in the low post with the ball and having his back facing the basket. Yellow 32 has legal defensive actions to guard the player with the ball to maintain his own position. When Black 24 turns around and faces the basket, his moves and his arms (left arm) hit the face of Yellow 32 (visible in replay). The contact has an effect on the play and it is illegal, but still a normal basketball action. A personal foul should be called on Black 24.

Blue 4 passes the ball, which hits the foot of defensive player White 21, whose foot is stationary. A player shall not run with the ball, deliberately kick or block it with any part of the leg or strike it with the fist. However, accidentally coming into contact with or touching the ball with any part of the leg is not a violation. Therefore, in this example, no violation should be called.

Yellow 3 gathers the ball upon his dribble when his left foot is on the floor (zero step), and Black 9 creates an illegal contact by his left hip. Referees call the foul, the game clock indicates 0.0 and the red led light appears at the same time for the end of the quarter. Referees can review the play by the Instant Replay System in order to determine if the contact occurred before the red light went off and, if so, how much time should be re-set on the game clock (time of contact, no time of whistle). The illegal contact occurred before the red light appears, the foul should be called with 2 free throws awarded to Yellow 3, and the game-clock should be re-set to 0.3 seconds.

White 6 drives to the basket and defensive player Black 3 creates an illegal contact by illegal use of hands (contact on the arm). The referee calls an Unsportsmanlike Foul. It is possible to review the play by the Instant Replay System to determine if the contact meets the criteria of an Unsportsmanlike Foul and a possible downgrade to a Personal Foul if not. The review is conducted normally by the Crew Chief and the Referee who made the call. If the referees disagree about the outcome of the review, the Crew Chief should make the final decision. The illegal contact of Black 3 is a normal basketball action, and a Personal foul should be called on Black 3, with 2 free throws awarded to White 6.

Red 0 starts his dribble close to the side line. Defensive player Yellow 10 extends his right leg and try to trip Red 0. Referees calls a personal foul. The illegal contact is not a normal basketball action or player’s motoric movement and an Unsportsmanlike Foul (C1) should be called (no legitimate attempt to play directly the ball) on Yellow 10. 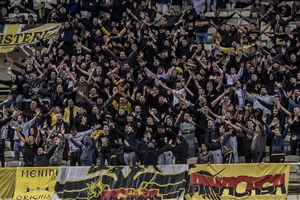