JERUSALEM (Israel) - Hapoel Bank Yahav Jerusalem's James Feldeine wasn't a big name in the basketball world when he left Quinnipiac University eight years ago but make no mistake, everyone in Europe knows who he is now.

He's making a habit of turning in big performances on the old continent, and doing so in places where the sport is followed with a religious fervor.

The latest points explosion came on Wednesday night in a home game against CEZ Nymburk. He set the tone by making shot after shot and ended up drilling 9 from long range on his way to a jaw-dropping 35 points.

The 30-year-old also had 5 rebounds and 4 assists, taking his efficiency rating to +39. He has not surprisingly scooped the honor as the Gameday 5 MVP.

Feldeine has been moving from strength to strength since his college days.

The New York native did not introduce himself to professional basketball in the bright lights and big cities of the NBA but far from it. He launched his career in Spain at CB Breogan and was among the top scorers in the country's second division, the LEB Oro.

Next, in 2012, came a chance to compete in the top flight, the Liga Endesa, for Fuenlabrada.

Feldeine grabbed that opportunity with both hands and put on a show for that club over two seasons, paving the way for him to suit up for the Dominican Republic at the 2014 FIBA Basketball World Cup.

He made the most of that chance in FIBA's flagship event, averaging 9.7 points, 4.3 rebounds and 3.0 assists per game. After helping the country advance from the Group Phase, Feldeine didn't back down at all against Goran Dragic and Slovenia in the Round of 16, scoring 18 points and corralling 8 rebounds. He was 8 of 14 from the floor in that game which Slovenia ultimately won, 71-61. 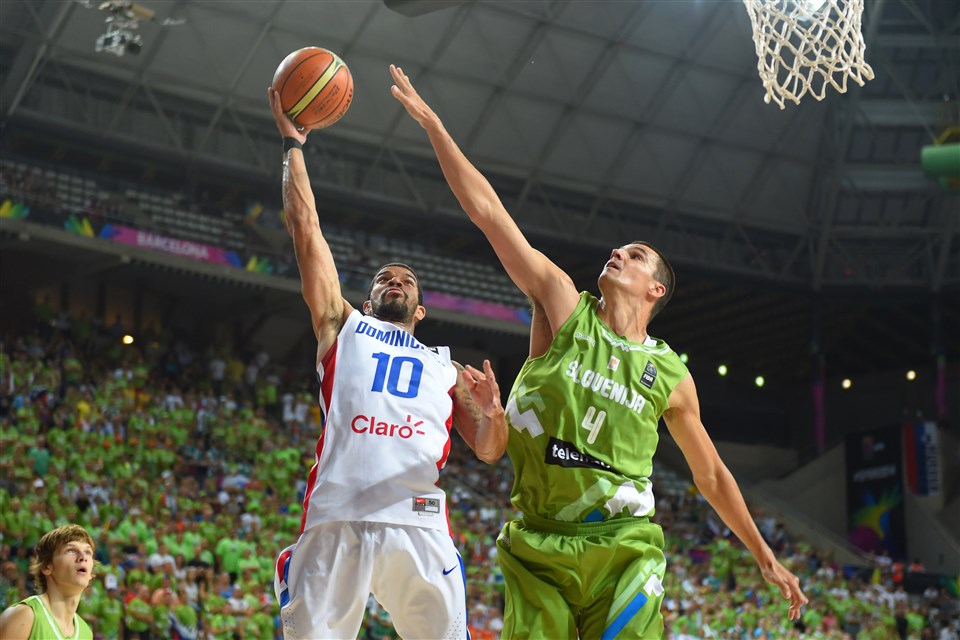 Feldeine shone on the biggest stage of them all for the Dominican Republic, the World Cup in 2014

Wednesday's showing was his best in the BCL. He had poured in 16, 17 and 15 points, respectively, in the three European games. While that production wasn't bad, something was not, he says, clicking before the Nymburk game.

"I've been a little mad at myself for missing easy ones in previous games," he said. "I've been staying extra to get extra shots and it paid off (against Nymburk)."

Coming into the game, Feldeine had connected on 9 of 28 (32.1 percent) attempts from deep. That would be an acceptable success rate for many coaches.  But to shoot at a 75 percent clip as he did against Nymburk, well, that's ridiculously good.

So what are we to make of this Hapoel Jerusalem performance? They are without question one of the teams that can challenge for the title this season.

We wondered about that a couple of weeks ago when they travelled to Belgium and faded in the fourth quarter before falling to Telenet Antwerp Giants before, 101-89.

We're not wondering anymore, though. They are a contender.

Last week, the team rolled into Spain and took on Feldeine's former team, Montakit Fuenlabrada, and tore them to shreds, 105-75. Now they have dominated a talented Nymburk team, albeit one that has not been playing well.

There are tougher BCL battles Hapoel Jerusalem will engage in, including one next week in Freak City against Brose Bamberg. There are also teams like Segafredo Virtus Bologna, UCAM Murcia and Iberostar Tenerife they could face down the road, sides that are currently undefeated and ripping up the competition as Jerusalem did this week.

If Feldeine comes out and hits 9 3-balls the way he did on Wednesday in front of a raucous home crowd? It's hard to see any opponent living with them. 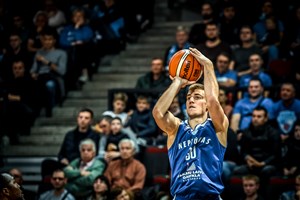 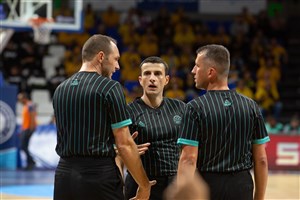