Four teams, representing four different countries, will be participating in the pinnacle event of Basketball Champions League’s inaugural season which will be played over the last weekend of April in Tenerife, host of Iberostar Tenerife, currently in the 1st position of the Spanish ACB League.

Together with the Spanish host, the other three qualified clubs complete a very competitive Final Four line-up with Banvit, currently 4th in the Turkish Super League and recent Turkish Cup winners, Umana Reyer Venezia, currently 2nd of the Italian Serie A, and AS Monaco Basket, currently leader of the French Pro A. The Third-Place Game will take place at 17:15 CET and the Final at 20:15 CET on Sunday April 30. A media accreditation portal will be opened on Friday April 7. 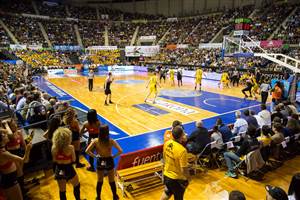