Time for us to introduce all the 32 teams, group by group, continuing with Group E that sees Jerusalem, MHP RIESEN and Bakken in their new beginnings, while Darussafaka have the longevity in this one.

Two time Israeli champions, with six State Cups and five League Cups also to their name. Hapoel Jerusalem won the ULEB Cup back in 2004, reached the Semi-Finals there on two more occasions, reached the Semis of the FIBA Saporta Cup in 2002, and are waiting for a similar run in the BCL, too.

Coached by Aleksandar Dzikic who just arrived in Israel, Hapoel changed their roster completely compared to last season. They now have a mixture of young Israeli guys and experienced international players, ready to go deep in this competition.

They played the Final Eight in 2020, but failed to advance from the Quarter-Finals.

Because Noam Dovrat and Gilad Levy are the future of Israeli basketball, and because Khadeen Carrington, Zach Hankins, Speedy Smith and Levi Randolph are all proven winners who could carry this team back to the season closing tournament.

Every opponent's worst nightmare, MHP RIESEN developed a style of basketball that presses you all over the court for 40 minutes, creating a feeling like you are up against six guys. They were runners-up in Germany two years ago, they were third a year ago, and fourth last season.

Coached by Josh King, they went through the biggest of changes this summer, when former coach John Patrick left the club after nine years in charge. The fact that King was Patrick's assistant coach could make the transition easier.

They finished third last season, after they reached the Final Four for the second time in this League. First time around was in 2018, when they were fourth in Athens.

Because it will be interesting to see if King-ball is the same as Patrick-ball. Either way, you can get something new in black and yellow, or the good old stifling defense all over the court, all over the continent. Also, their scouting and recruiting is off the charts.

They were champions of Turkey twice, back in 1961 and 1962. Just four years ago, they also won the EuroCup, and since returning to top flight in 2014, they had six finishes in top six of the League, including last season, when they played the Semi-Finals.

Coached by Selcuk Ernak for the last four years, Darussafaka are known for their balanced approach, with a lot of emphasis on the Turkish players, while trying to keep their international stars in the club for more than a season.

They joined the League in 2020-21, were eliminated in the Regular Season on first try, but got better last season, reaching the Round of 16 for the first time. They knocked out the defending champs Hereda San Pablo Burgos in the Play-Ins, and missed out on a place in the Quarter-Finals because of points difference in a three-way tie with Tofas Bursa and BAXI Manresa.

Dogus Ozdemiroglu is arguably the best defender in the BCL, Gabe Olaseni and Wayne McCullough are back for another season, Markel Starks is a great addition, while Can Korkmaz, Ragip Atar and Ercan Osmani bring a lot of excitement to their homegrown core.

They are the team that won the Danish championship 20 times, with 12 Cups also in their collection. Bakken Bears have been a prominent feature in the FIBA Europe Cup recently, reaching the Semi-Finals three times in last four years, including last season.

Coached by Anders Sommer, they are the winners of the Qualifying Rounds tournament to reach the Regular Season. And a team that is able to defeat FMP Meridian in overtime in Belgrade deserves a lot of respect. They won't settle for respect, they want to advance now.

Two seasons ago, they were one of the most exciting teams in all of BCL. They put together a solid roster and finished at 3-3 in the Regular Season, narrowly missing out on a Round of 16 spot behind Lenovo Tenerife and Dinamo Sassari.

Because everyone loves the underdogs. The Bears are a team with a lot of talent and potential, their core has been together for years, and having a player like Tony Carr gives them that special feeling that on any given night, against any opponent, they could be celebrating a win. 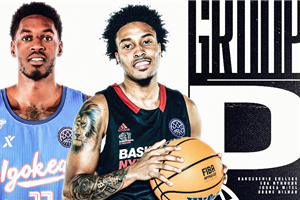 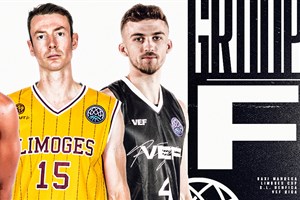