Who are the frontrunners in the Best Young Player award race?

MIES (Switzerland) - Who will be named Best Young Player in the 2019-20 Basketball Champions League? We're only six games into the Regular Season but it has already become apparent that are several worthy contenders.

Last year, Tamir Blatt of Hapoel Bank Yahav Jerusalem overcame some formidable competition to take home the award but the Israeli point guard has to pass on the torch as he has turned 22 years old and is no longer eligible .

We take a closer look at the four frontrunners for the awards at this juncture, but keep in mind that it is still early days and there are some dark horses that could emerge from here to May. 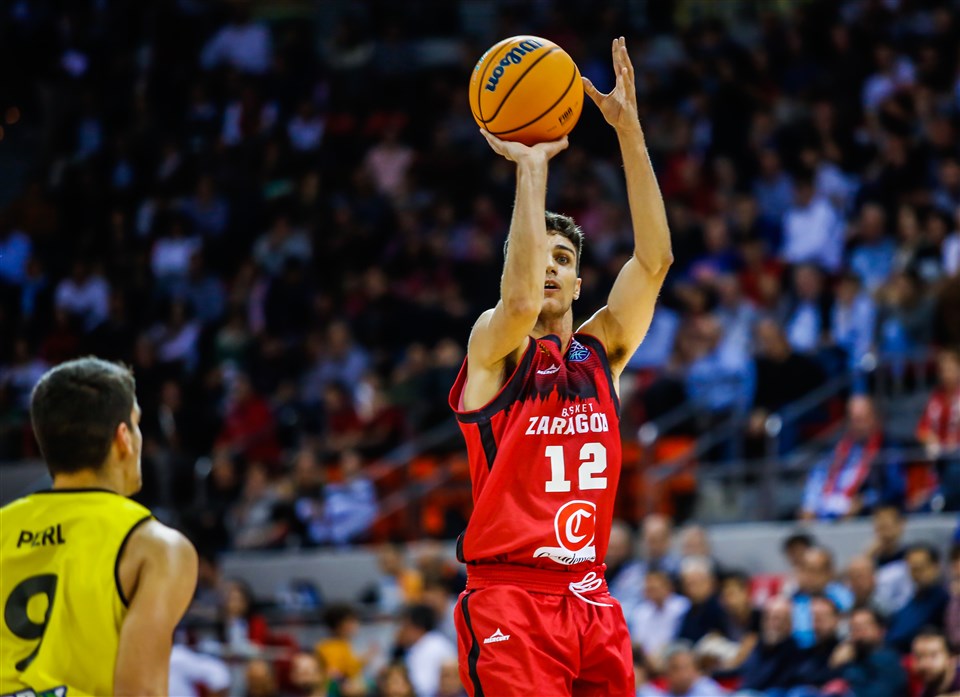 Carlos Alocen is well on his way to becoming a special player. At 18 he’s already won the Spanish Liga Endesa Best Young Player award and he is already the lead point guard on a Casademont Zaragoza team with a 7-3 record in the Liga Endesa (3rd on the table), as well as sitting at 3-3 in Group D.

To add some context to this, there isn’t a long list of players under the age of 19 to play more than 20 minutes per game in the Liga Endesa. The list includes the likes of Ricky Rubio, Sergio Rodriguez, Rudy Fernandez and most recently, Luka Doncic. Esteemed company, to say the least.

Alocen’s stats in the BCL also hint at a player that has the potential to be much more than the average point guard: 6.3 points, 4.2 rebounds and 4.8 assists are those of a player that impacts the game in a variety of ways.

The primary way that Alocen impacts the game is, of course, his passing. It’s very rare to see a player this young, with the pattern recognition and ability to read the game so well.

Alocen is probably the most fun player to watch and easily the most accomplished in this year’s Best Young Player contest. He may need to improve his shooting percentages - especially from behind the arc - but if Zaragoza make the Play-Offs and Alocen leads them there, this award is almost a lock already. 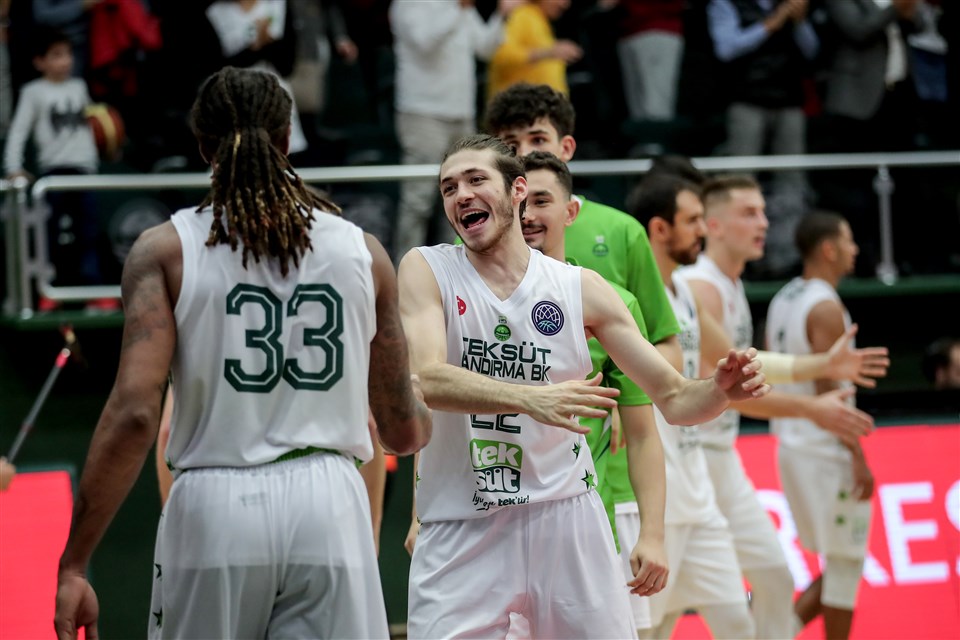 The smartest way to find a young player in this League? Just see what's going on in Bandirma.

Teksut Bandirma already gave us Furkan Korkmaz, the Best Young Player in 2016-17, and it seems like Sehmus Hazer could be next in line.

Electric is the first word that comes to mind with this shooting guard, a pest on the defensive end who does a lot of damage with his drives and finishes in the paint on the other end of the court.

Hazer is not afraid of contact, and he's been on an upward trajectory over the last three seasons. The kid who had 3.6 points per game in 2017-18 and 7.5 points per game last season is now scoring in double digits, or thereabouts, all the time.

His 17-point outing against Jerusalem showed he knows how to score, even if he's just a 28 percent three-point shooter. And that's the next step for him - just imagine the possibilities if he can open up the floor with a reliable outside shot... 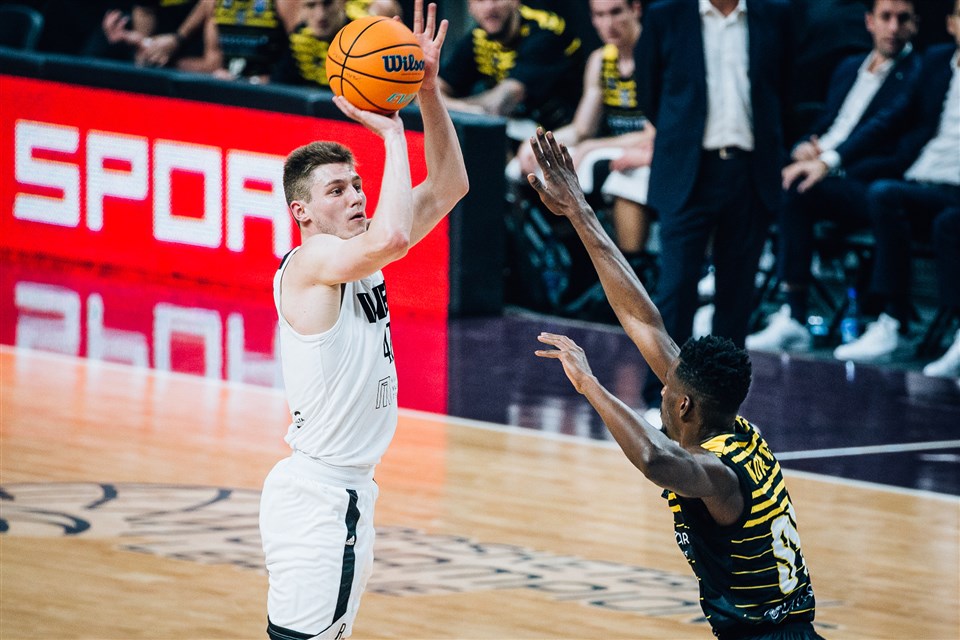 Do yourself a favor when you consider Arturs Kurucs for the Best Young Player award and don’t look at VEF Riga’s record.

The Latvian club won their Group C opener against Mornar Bar and have dropped five straight, but they lost by four points to both Gaziantep and Iberostar Tenerife. And the team has basically been down to a seven-player rotation over the last two games - not having more than 10 players on their roster for a single BCL game this season.

Kurucs, who won’t turn 20 years old until January 19, has played the second-most minutes and scored the second-most points for VEF, averaging 11.7 points - including a team-leading 21 points against ERA Nymburk and 19 points versus Gaziantep - while shooting a strong 40.7 percent from three-point range.

The young Latvian, who is with VEF on loan from Spanish club Baskonia, is also averaging 3.7 rebounds, 2.3 assists and 1.5 steals.

The one clear negative on his resumé is that he is averaging 2.5 turnovers - for a 0.9 assist-to-turnover ratio - but Kurucs has played at least 31 minutes the last four games. And he has become a leader on the team. 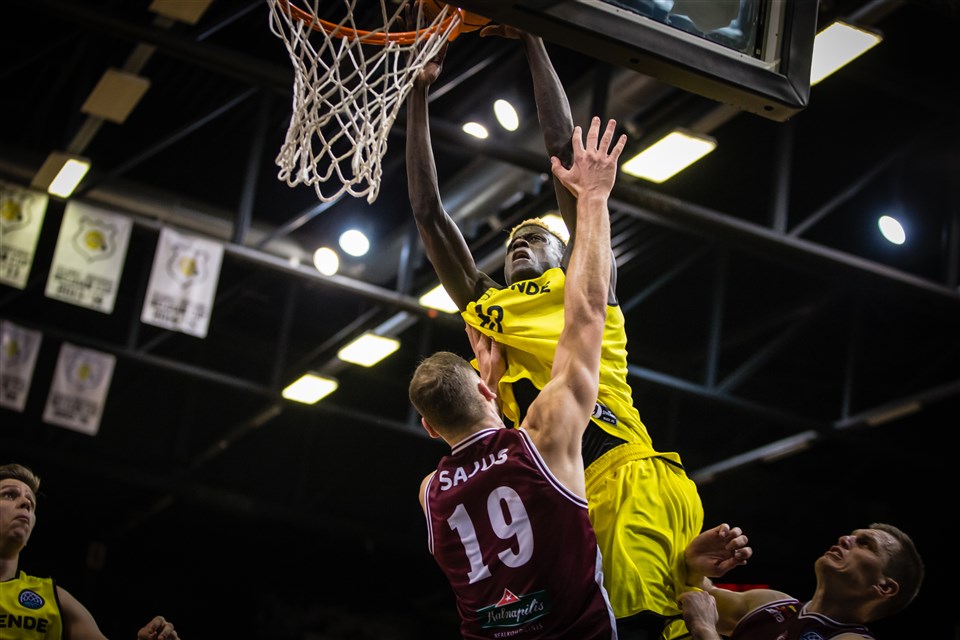 Amar Sylla will look for you, will find you and will dunk on you - or block your shot on the other end

After turning heads on Real Madrid's youth team, Amar Sylla decided in the summer to start his professional career at Filou Oostende because of the reputation of coach Dario Gjergja, the standing of the club in Belgian and European hoops and the opportunity to play in the Basketball Champions League.

Three months into his first season as a professional player and less than two months after his 18th birthday, that choice is paying off for both the young Senegalese and the reigning Belgian champions.

Sylla starts for Oostende and gets the necessary playing time to polish the skills needed to eventually evolve into a stretch-4. He possesses impressive length and vertical leap, he runs the floor well and his exceptional timing allows him to block shots even though he is not a full-time rim protector.

How high is his ceiling? We should get a better feel once he gains a bit more muscle, a more consistent three-point shot and the handle to allow him to attack off the dribble.

For now, he is averaging 6.8 points, 6 rebounds and 1.7 blocks per game in the BCL and 8.8 points, 5.8 boards and 0.5 blocks in the Belgian EuroMillions Basketball League. 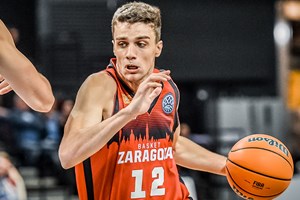