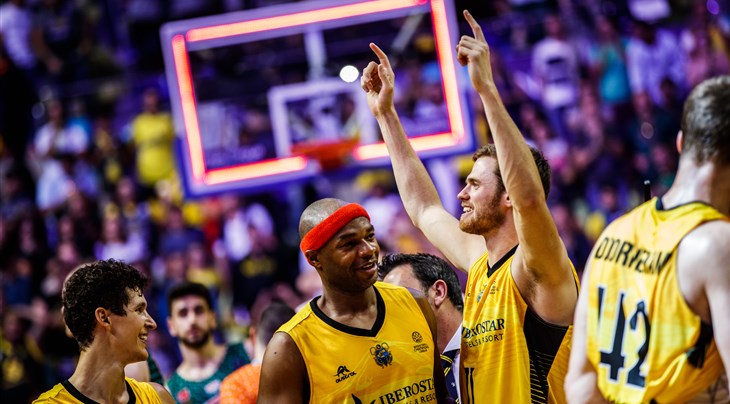 Tenerife, who enjoyed their most successful season by winning the Basketball Champions League and finishing fifth in the Liga ACB, were the first Spanish team to confirm its participation in this year’s competition and team captain Nico Richotti knows they will have to step up as the competition becomes even stronger.

"Competition is going to be more intense than a year ago and the field even stronger, more powerful in general," he said.

Tenerife fans played a major role in making their Basketball Champions League home games and the home court of the Final Four so memorable. Top Fan Alexis Navarro Armas is delighted his club will be back for more.

"This is terrific," he said.

"We have to remember what a big hit the Final Four of the Basketball Champions League was for our club and for our Island and congratulate everybody involved.

"Tenerife being in the Basketball Champions League was beautiful and a great idea since the very beginning. We have to congratulate our club and wish them all the best for 2017-18."

Tenerife know they will face stiff opposition as they fight to retain the title. Top clubs from the Greek and Italian leagues have already underscored their commitment to the competition by announcing they will return for 2017-18 while further teams from Spain and across Europe will be announced in the days and weeks ahead as domestic league business is completed.

"The level of engagement being shown by clubs signing-up for the new season is remarkable," said Basketball Champions League CEO Patrick Comninos.

"Those which had a taste of Basketball Champions League action last year are really excited about the prospect of challenging for the title and the increased level of €1 million prize money in 2017-18.

"In the coming weeks we will announce more teams r