As predetermined by the draw, Unicaja will join Group G; S.L. Benfica are through to Group F; Bakken Bears move to Group E; while Tofas Bursa enter Group A.

Coach Ibon Navarro created one of the great stories in BCL history when he led UCAM Murcia to the Final Four in 2018. He gets a chance to repeat that with Unicaja now, his team celebrated a 91-73 win over Patrioti Levice in Malaga to book a spot in the Regular Season.

Miha Lapornik had 17 for the Slovak champs, but they will have to wait for at least another season to get their first Regular Season appearance.

S.L. Benfica are the only other team that won a Qualifying Round tournament at home, surpassing German powerhouse Brose Bamberg 87-73 in Lisbon to become the first ever Portuguese team in the Basketball Champions League Regular Season.

Ivan Almeida was the all-round hero for Benfica in the Semi-Finals, but turned into a three-point specialist for a day in the Final. The 33-year-old knocked down 9-of-14 three-pointers, finishing with a game-high 39 points, with 8 rebounds also to his name.

🇵🇹🏀 What a time to be alive in Lisboa - @modalidadesslb and their fans having themselves a celebration! #BasketballCL pic.twitter.com/y8k4hoqvup

To make matters more interesting, this would be Almeida's second time he plays in the BCL. The first one being with ERA Nymburk, when he played for coach Oren Amiel, the same playcaller in charge of Bamberg now.

Toney Douglas had 10 points and 8 assists, Terrell Carter did his part inside the arc with 10 points, sending the crowd into a frenzy along with their teammates. Benfica will now play the Regular Season in Group F, against BAXI Manresa, VEF Riga and Limoges CSP.

Brose Bamberg got 25 points from Justin Wright-Foreman and 21 from Jaromir Bohacik, but the rest of the team combined for just 8 field goals on 32 attempts.

For the third time, the Danish champions Bakken Bears will be part of the Basketball Champions League Regular Season. They were there for the inaugural season back in 2016-17, they made it back in 2020-21, and now, thanks to their 88-82 overtime triumph against FMP Meridian in Belgrade, they are heading to Group E, with Hapoel Bank Yahav Jerusalem, MHP RIESEN Ludwigsburg and Darussafaka.

Tony Carr was the man of the day for the Bears, and his free throws handed them a two-point lead with 14 seconds left to play in the fourth quarter. Bakken did not win it in regulation because FMP Meridian found a put-back layup by Trent Frazier with 1.1 seconds left to play, sending the game to overtime.

One would feel FMP were the team to beat in overtime, with the way they fought back from -16, forced another five minutes and had the home court advantage. One would be wrong. Bakken switched through gears after the fourth quarter, getting 14 points in overtime to stun the crowd in Serbia.

Carr finished with 34 points on 13-of-18 shooting from the field, and had 9 assists and 5 rebounds, Michel Diouf scored 17 with 9 boards, Deng Adel and Ryan Evans were also in double digits with 12 and 11.

Beau Beech led FMP with 23, Frazier collected 18, but his playmaking was stopped compared to the first two games when he had double digit assists. He dished out only three assists in the Final.

Niners Chemnitz were close to reaching the Regular Season in Skopje, North Macedonia, especially when they opened up the second half with a 17-3 run. However, Tofas Bursa used all of their experience to bounce back against the German youngsters, winning the game 82-78.

Bouba Toure had a monster double-double of 17 points and 14 rebounds, and his two free throws made it 80-78 in the final minute of the game. Chemnitz had three chances to tie or take the lead, but Matt Mooney missed a three-pointer, was then blocked at the rim by Suleiman Braimoh, and the last chance to draw something up was spoiled with a costly team turnover on the inbound pass.

Rob Gray just set the final score on the fast break, reaching 26 points on the night, a game-high. Gray was more than influential, Tofas were a +14 team with him on the floor - no other player was above +7 on his team.

Tofas are now in Group A, with SIG Strasbourg, Falco Vulcano Szombathely and UCAM Murcia. Niners gave them their best shot, but Matt Mooney's 21 points off the bench went to waste. 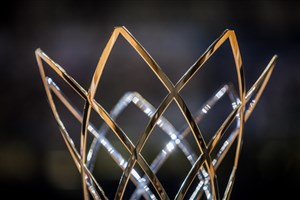 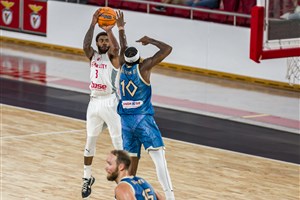 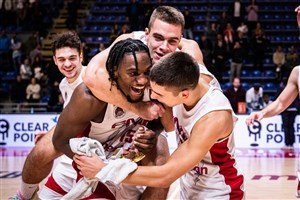