Black 1 attempts a 3-point shot and the referee calls a foul on White 6.

Outcome: Incorrect decision from the referees. It was the shooter Black 1 who extended his leg outside his cylinder. White 6 didn’t commit any infraction to the rules. The game should have continued.

Purple 1 is in the corner and receives a pass. There is a contact off-the-ball, and the referee calls an offensive foul to Purple 9.

Article 33.7 Screening is an attempt to delay or prevent an opponent without the ball from reaching a desired position on the playing court.

Outcome: Correct decision from the referees. Purple 9 committed a blocking foul as he set an illegal screen on a moving opponent.

Purple 44 gets the ball and tries to pass it. A contact occurs and the referees call a personal foul on White 55. After IRS review, they decide to upgrade it to an Unsportsmanlike Foul.

Article 37.1.1 An unsportsmanlike foul is a player contact foul which, in the judgement of a referee:

Outcome: Correct decision from the referees. Purple 44 will be awarded 2 free throws and the game shall be resumed with a Purple team throw-in from the throw-in line in their front court and 14 seconds on the shot clock. 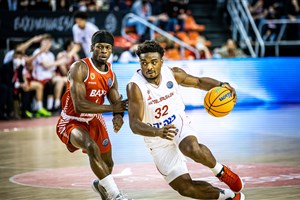 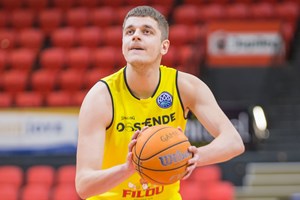