BILBAO (Spain) - The thrilling 2021-22 Basketball Champions League season has culminated in Lenovo Tenerife winning the first Final between two teams from the same country over BAXI Manresa by a score of 98-87.

Turning point: There was no separation between the two teams after one quarter with Tenerife leading 27-25, the most points in a single quarter in a BCL Final (52). A couple players got off to a hot start for their respective teams. Manresa's Chima Moneke scored the team's first 12 points.

👑 Some guys relax after they win an award. Not
@Chimdogg_ tho. MVP of the Season has @BasquetManresa's first 12 points!#BasketballCL #FinalFour pic.twitter.com/Yp85P0ewgh

Meanwhile, Tenerife's Sasu Salin scored 10 points on 4-of-5 shooting from the field in the first quarter.

Manresa outscored Tenerife in the second quarter to gain the slight 50-49 edge at halftime. This was the highest scoring first half (99 points) of a BCL Final Four game.

Tenerife got things going to begin the second half and were able to extend their lead thanks to outscoring Manresa 33-17 and going on an 11-3 run at the end of the third quarter. Tenerife led 82-67 heading to the final quarter. Tenerife's 33-point quarter, which proved to be too much for Manresa to overcome, is the second most points by any team in a single quarter of a BCL Final.

Game hero: Marcelinho Huertas, who was named MVP of the Final Four, recorded a 13-point, 14-assist double-double along with 3 rebounds on 6-of-10 shooting from the field.

The 38-year-old has now dished out a total of 350 assists in the BCL, becoming only the second player to have reached that milestone in BCL history.

Stats don't lie: Tenerife assisted on 26 of their 40 total field goals, while Manresa only dished out 12 assists as a team. The 26 assists are the most by a team in a BCL Final.

Tenerife shot the ball very well, around 66 percent from the field and 54 percent from three-point. Their field goal percentage was the highest for a team in a BCL game from the Quarter-Finals on.

Bottom line: By winning the title this season, Tenerife have become the second team along with Hereda San Pablo Burgos (2019-20, 2020-21) to win multiple BCL championships. Tenerife also won the inaugural BCL season in 2016-17.

The 26-year-old is only the second player to have scored 20+ points in a BCL Final. 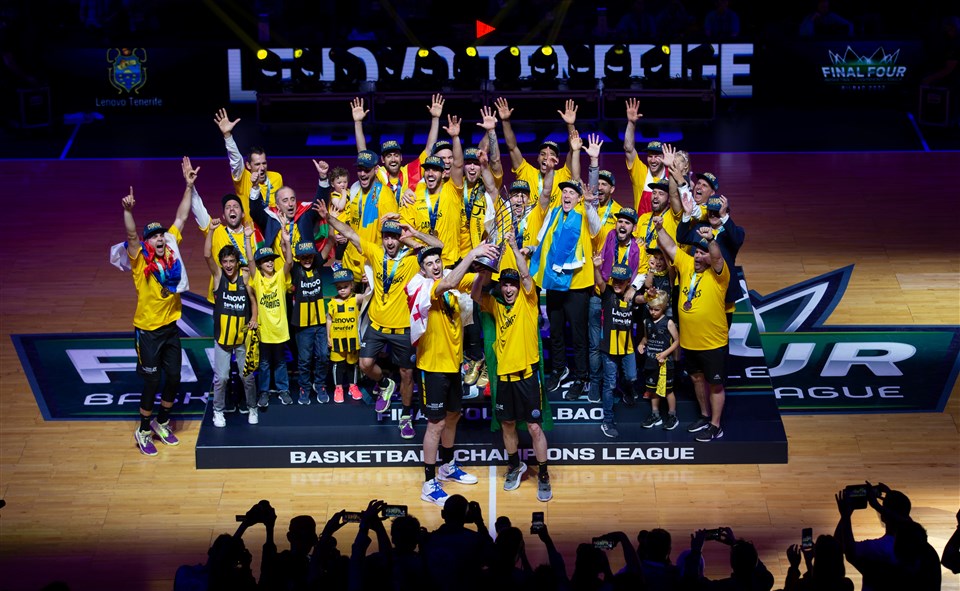 Champion Lenovo Tenerife celebrate with their gold medals and trophy 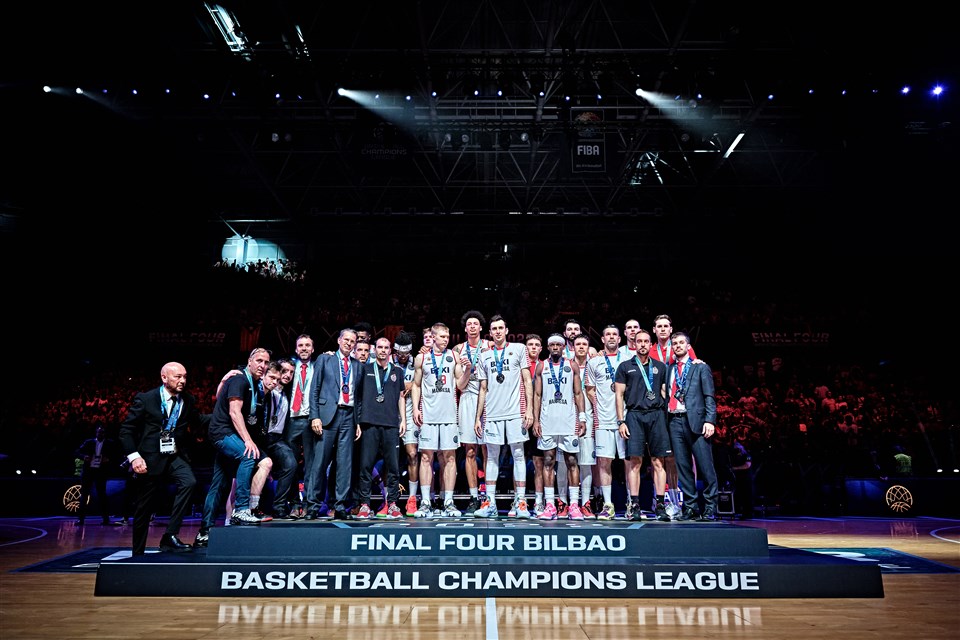 They said: "Hell of a season for us," said Moneke. "Tough game tonight. We played a better team tonight and congratulations to Tenerife. Close, competitive game, but that's how basketball is sometimes - you win, and tonight, we lost."

"First of all, congratulations to Tenerife, they played better than us and they deserve to win," said Manresa head coach Pedro Martinez. "We wanted to win, and we were expecting that we played much better. The third quarter, we don't have good defense, we don't have good energy and they have great percentage especially at the three-point. Very proud of the players, very proud of the mentality."

"First of all, just happy that we were able to be the champions," said Huertas. "Being MVP for me really don't matter. This is a team sport, and we work together to have one goal and it's to win. ... I think we were loyal to our game plan during the whole game. They [Manresa] had a very good first half hitting very tough shots. We kept calm, we kept believing in the way we prepared the game and in the second half, I think we did things very well defensively. They didn't have the same level of effectiveness on their shots especially in the iso situations where they scored a lot of points in the first half."

"The most important is how did we win this competition with 11 wins in a row," said Tenerife head coach Txus Vidoretta. "I think that's really difficult. We scored 98 in a Final, that's unbelievable. The production, the effort, the defense, setting the ball with 26 assists - this is a total team and we showed that to everybody that we are a total team. ... They [his players] were the stars of this event." 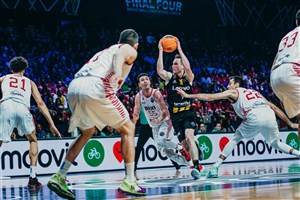