Team of the Week: Julien, Wroten, Vitali, Sant-Roos and Terry

MIES (Switzerland) - The final week of action in 2019 was also one of the most eventful, featuring big clashes and a host of stand-out individual performances.

Competition for a spot on Team of the Week therefore was as fierce as ever and the five players who finally made the cut all claimed this distinction for the first time this season, after leading their respective team to vital wins at home. 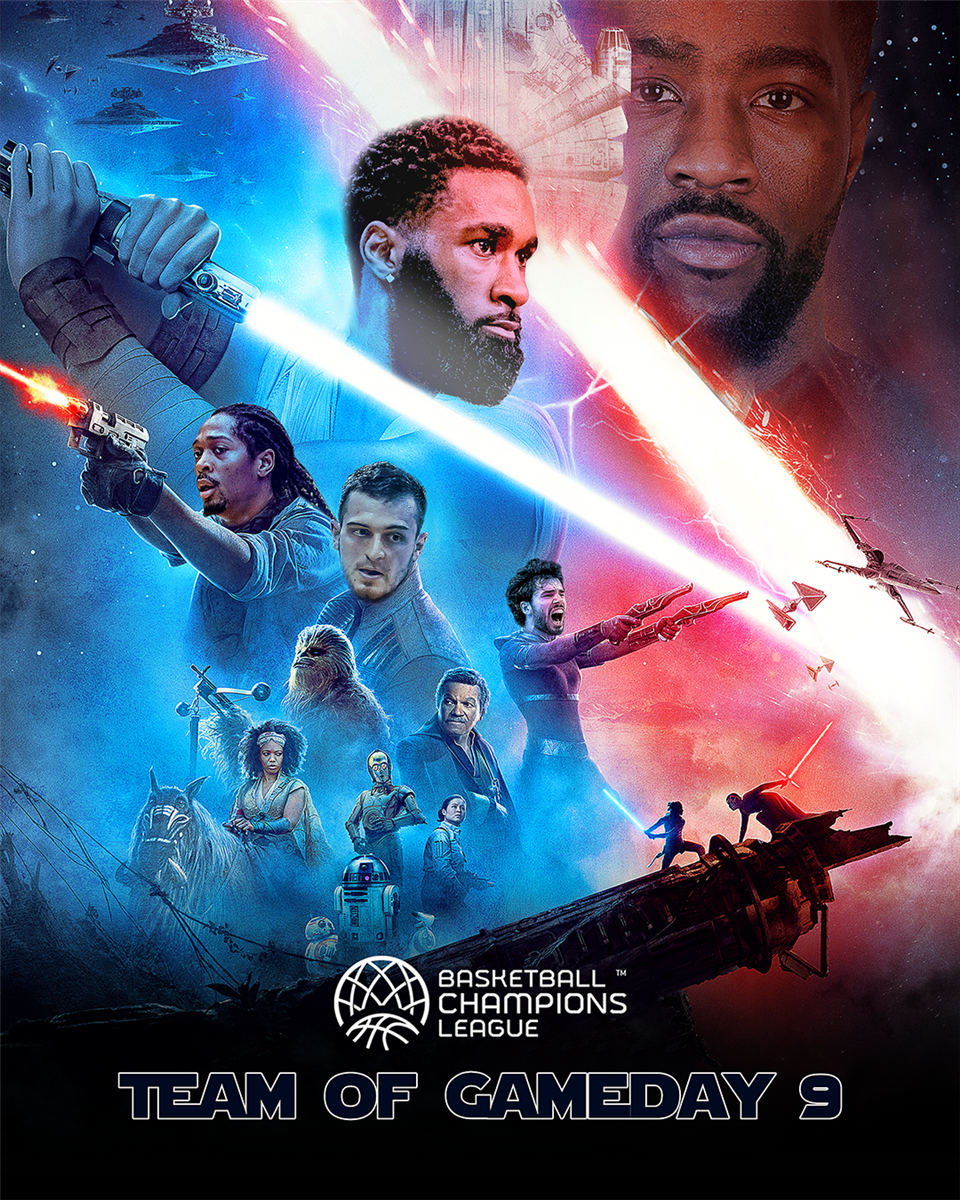 Axel Julien of JDA Dijon, Tony Wroten of Anwil Wloclawek, Michele Vitali of JDA Dijon, Howard Sant-Roos of AEK and Emanuel Terry of Teksüt Bandirma make up Team of the Week for Gameday 9 in the 2019-20 Basketball Champions League.

Dijon made their 92-71 victory over Neptunas on Wednesday look easy, thanks largely to Julien delivering the best performance of his BCL career and becoming the first player to collect at least 20 points, 10 assists and 5 steals in a single game in the competition.

The 27-year-old French point guard scored a season-high 21 points, dished out 10 assists to post a double-double, and came up with 5 steals and 4 rebounds to register an efficiency rating of 31. He has now risen to fifth-leading player in assists, averaging 6.6 dimes per game.

Julien has earned a spot on Team of the Week for the first time in his career and he is the second Dijon player to claim the accolade this season, after Lamonte Ulmer on Gameday 7.

This is what #BasketballCL is all about! Polish champs @Anwil_official take down San Pablo Burgos in front of a sellout crowd, getting to triple digits in progress, making a statement that they belong in the upper half of the group. 🔥

Anwil got off to a poor start in their very important clash with Burgos on Wednesday, trailing by 12 points early on, but Wroten powered the Polish team's reaction with his 12 first-half points and guided them to a 100-90 win.

The 26-year-old American combo guard finished with 20 points, a season-high 6 assists and added 5 rebounds and 2 steals to record an efficiency rating of 20.

Wroten, who is now the league's fifth-leading scorer on 19.3 points per game on average, has become the second Anwil player to claim a spot on Team of the Week this season, following in the footsteps of Ricky Ledo who made the team last week.

Vitali could hardly have picked a more suitable game to come up with his most impactful display in the BCL, as he propelled Sassari to a last-gasp 92-89 victory over Turk Telekom on Wednesday night for the Italian team to surge to the top of Group A.

The 28-year-old Italian international scored a season-high 20 points on 4 of 5 three-point shooting and added a season-high 4 assists as well as one steal to complete a performance rated at 21 in terms of efficiency.

Sassari have accustomed us to different players stepping up in tight games, with Vitali becoming the fourth player of the Italian team to claim a place on Team of the Week, following the example of Dyshawn Pierre -who earned MVP honors in the opening week of the season- Miro Bilan and Marco Spissu.

The incredibly versatile AEK forward showcased on Wednesday his equally remarkable stamina, as he stayed on the floor for the entire 40 minutes against Hapoel Jerusalem and steered the Greek team to a 91-78 win over their direct rivals for Group B supremacy.

Sant-Roos delivered a well-rounded performance with an efficiency rating of 25 as he collected 18 points on 3 of 5 shooting from behind the arc, 7 rebounds and 6 assists.

If that sounds familiar, it might be because he had also played 40 minutes and finished with 18 points on 3 of 5 three-pointers in the reverse fixture in Israel, seven weeks earlier.

The 28-year-old Cuban becomes the second AEK player to earn a place on Team of the Week after Keith Langford, who accomplished this feat on both Gameday 1 and Gameday 5. Sant-Roos had previously been named on Team of the Week in the 2016-17 season, when he was paying for Nymburk.

He makes them Terry-fying 😱 #BasketballCL

The Bandirma big man became on Wednesday night the first player this season to score 25 points without attempting any three-point shots and part of the reason for that is that Terry dunked over everybody and everything in the Turkish team's 89-81 win over Telenet Giants Antwerp.

Terry was dominant in the paint and collected his season-high 25 points on 10 of 13 from the field, adding 7 rebounds, 3 steals, 3 assists and 1 block to record his best display in the BCL, with an efficiency rating of 31.

The 23-year-old American power forward is the league's fourth-leading rebounder in his maiden BCL season, averaging 9.3 boards per game. He has become the second Bandirma player to appear on Team of the Week, following team-mate Jaime Smith who had earned a spot on Gameday 3's team. 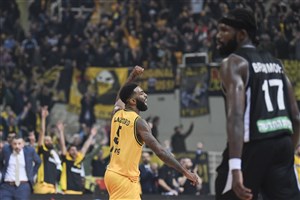 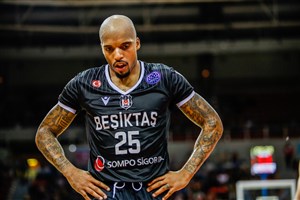