MADRID (Spain) - With the London Lions entry to the Basketball Champions League, Qualifying Rounds for the 2020-21 season, the city of London will be represented in European basketball for the first time since the turn of the century.

Head coach Vince Macaulay spoke to us about the Lion's journey to reach this point, the club's culture built around British talent, and also what consistent European basketball in London could do for the profile of the game in the U.K. 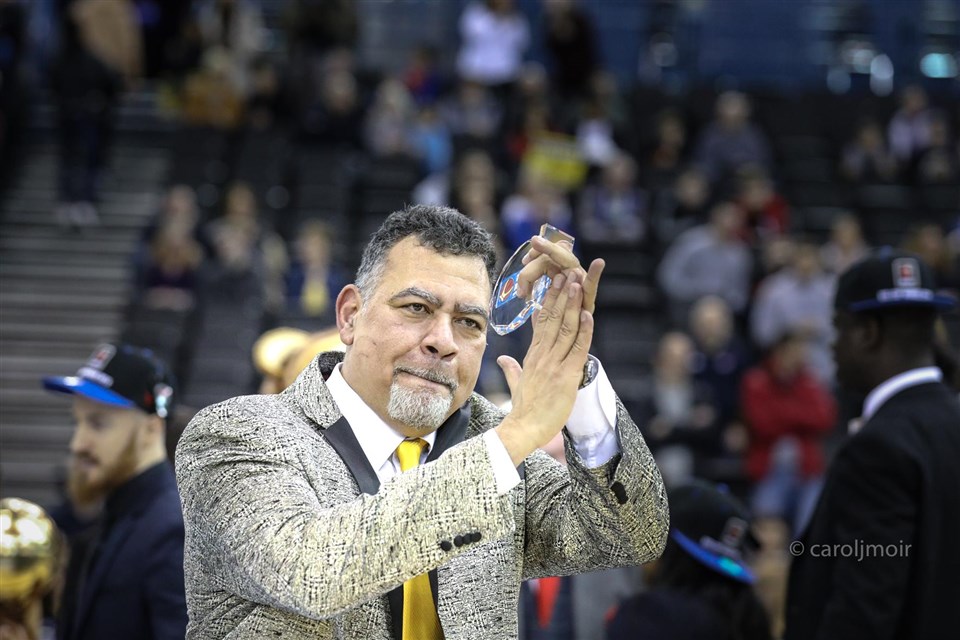 The London Lions were founded in 1977 but originally in Hemel Hempstead. Since then the club has found homes in Watford and Milton Keynes, before finally settling at the Copper Box in the Olympic Park, Hackney Wick. This move has propelled the progress of the club to the point where they are now able to enter the BCL and a new ownership group has brought the type of investment the club hopes will bring the ability to be not only sustainable but hopefully competitive. Playing home games in an Olympic caliber venue has clearly been beneficial but also came with some challenges that needed to be met.

"Moving into London, we knew that although this is one of the bigger cities in the world, it was also a city that hadn't had a basketball team for a long time. We were also moving into a 6,500 seater venue, starting from scratch," said Macaulay.

Macaulay is a long-time stalwart of British Basketball. After starting as a player, he has since fulfilled roles as a coach and owner for the Lions, even standing as a Chairman of the British Basketball League (BBL) for a short period. Despite only moving the club to London recently, European basketball has always been one of the primary objectives. The foundations needed to be laid first.

"Our first goals were to be embraced by the community in the first three to four years, to be challenging for honors within the first three to four years, and to be champions and challenging to enter Europe within a period of five to seven years. At times it has been a difficult and painful journey but - after moving to London in 2013 - this is where we are now," recounted Macaulay. 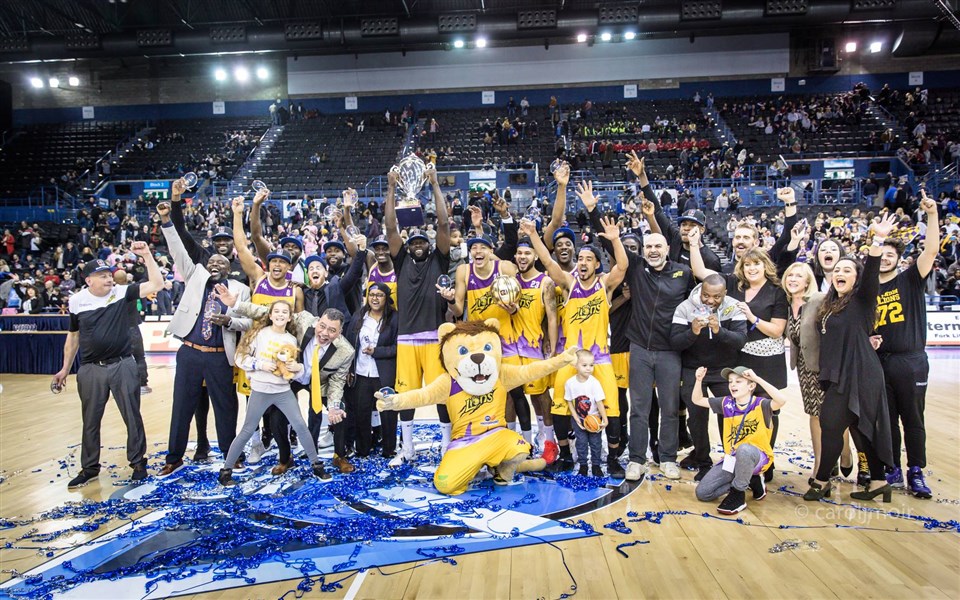 We have, of course, seen the Leicester Riders represent British basketball in Europe only two seasons ago. Despite being competitive and getting within 1 point of Dinamo Sassari, the Riders were knocked out in the first round of BCL qualifying and didn't win a game in the  FIBA Europe Cup. The previous campaign for a London club was equally fruitless, as the London Towers were unable to record a win in the 2000-01 EuroLeague season.

Just to imagine bringing a team from Israel, Greece, or Lithuania to London on Wednesday night, with the place jumping and two teams battling it out.

Macaulay sees few parallels between that campaign and the challenge facing the Lions, primarily due to the rapidly evolving nature of European basketball but he does see the opportunity to glean some valuable points of reference from both the Towers and the Riders.

"I remember the London Towers from Crystal Palace entering Europe and not winning any games. The landscape now is very different from that campaign nearly 20 years ago.

"For sure teams in Europe have developed since then but so have we. With access to the internet and coaching and evaluation, we have had the opportunity to understand what European basketball is all about - also what is fascinating about the different style of basketball or coaching in Spain, Turkey, Greece, or Israel and all the other different basketball cultures in Europe," Macaulay said.

After watching the Riders European campaign, Macaulay was impressed by the Rider's determination to try and compete in Europe with a core of British players but also felt the need to establish an identity as a club that plays in a style that's consistent with the BBL.

"If I have taken anything from that (Riders campaign) it's that we have to find our own way to play in Europe. We can't try to be what we're not. That's the development process we are going through. We know it's going to be very hard but we are eager and we feel we have some points to prove," he said.

Macaulay expanded on what he meant, explicitly mentioning the need to find a way to compete with the physicality of European teams.

"We are a very uptempo team. We like to get up and down the floor, we like to score as quickly as we can, and we like to be aggressive defensively. The style in the UK is very quick. The style in Europe is more physical, it's bigger, and it's more stretched out. We know what we are going to have to face defensively. Our question is what can we do offensively to cause issues for slower, bigger teams!" Macaulay explained.

Part of that challenge in recruiting a roster for Europe is that the Lions still need to earn a reputation. A fact that Macaulay is under no misgivings about.

"We can't expect to go out and attract the best bigs in year one. We need to prove ourselves, people will want to see if we can stick. If we can even win a game. Let's face it, to just make the Regular Season would be a huge achievement for British basketball. We may not achieve it but we are certainly going to try," said Macaulay.

Even if the Lions were not to make the BCL Regular Season, the FIBA Europe Cup would offer the opportunity to continue the European adventure and in the process gain invaluable experience for future assaults. 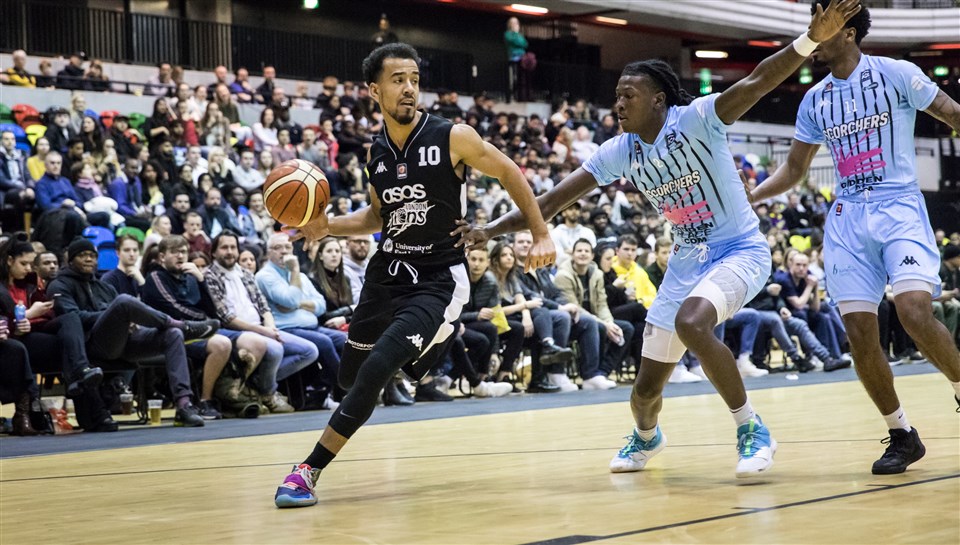 In key with the club's initial goals to build a strong relationship with the community, the Lions have built around British talent like Great Britain international Justin Robinson. Macaulay feels a core of London-born players is not only important to the community but also the players themselves and the success of the club.

"To be a successful team in any country, you have to have some level of continuity with your players. Our team that won the league last year, ten of the squad were from London - that's massive," he surmised.

It's clear that continental competition is not only an important next step for the Lions but also vital for the development of the sport in a country with so much potential - a point made clearly by Sam Neter, a long-time media advocate for British Basketball.

"The need for BBL sides to be competing regularly against European competition has been spoken about for years, and having London Lions being the latest team to make the jump - especially during these times - is hopefully going to be a huge boost for the sport," said Neter.

Neter also spoke about the importance of real investment in the club.

"The new ownership is clearly serious about their investment, and if the last few years' roster make-up is anything to go by, it will be great to see a British core competing on the continent," he said. 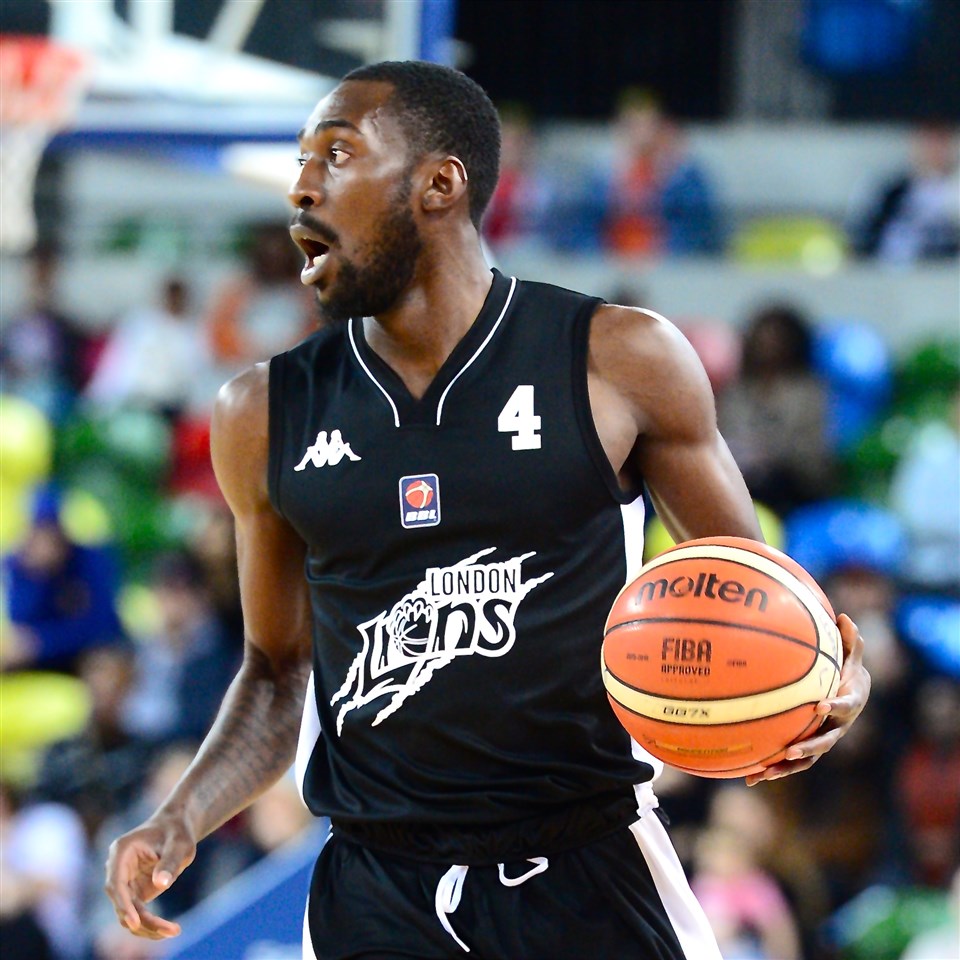 Jules Dang-Akodo, a London native on the Lions' roster

For Macaulay, it was also vital that the new investors shared the understanding of how important the consistent presence of a London team in Europe is to the entire country.

"Our new investors feel the same way as everyone else, that they look at British basketball and wonder why is it not as big as the other countries in Europe. They look at the speed that the  German BBL has grown and thought what is the reason British basketball hasn't been able to do that.

"The truth is that the playing population in the UK - as you go down through the age groups - isn't less talented than France for example. If we can build a successful team from London in Europe, hopefully, we can put some pressure on in the right places and impact change. First, we need to become a steady, consistent, European team," Macaulay said.

If there were to be a city in the UK where basketball could really take off, London would be a prime candidate. London is one of the most diverse cities in the world, not just in demographics but also in the diversity of interests.

"We have so many nationalities that make up this beautiful, multi-cultural city we have in London. If we look at some of the clubs in the BCL, we are very excited that all of the work we have done to push this club forward means we could be matching up against these kinds of teams.

"Just to imagine bringing a team from (for example) Israel, Greece, or Lithuania to London on Wednesday night, with the place jumping and two teams battling it out. Then to think one of those teams is a London team representing, with British players that come from less than a mile away, this is an amazing thing for British Basketball. Maybe these are the things we need to do for that culture of basketball to seep into everyone," said Macaulay.

There is no denying that basketball has had more than one false dawn in the UK. Perhaps the most prominent example being the missed opportunity to capitalize on the popularity of the sport during the London Olympics, especially considering the presence of NBA players such as Luol Deng and Pops Mensah-Bonsu - that hail from London - on the roster. Maybe it is fitting then that the latest attempt comes from a club based in the Olympic Park venue.