ATHENS (Greece) - Keith Langford, the player of AEK Athens, has been awarded the title of Most Valuable Player of the 2019-20 Basketball Champions League Season.

The 37-year-old American, born in Fort Worth, Texas, has had an outstanding season with AEK.

Keith Langford has scored 25+ points in five different games in the 2019-20 BCL, the most for a player over a single BCL season. Keith Langford has averaged 21 pts per game in his first three BCL Play-Offs games, the 3rd best average for a player after his first three Play-Offs games, behind Manny Harris (24.3) and Kendrick Ray (23.0). He also scored 18+ points in 10 of his 15 BCL games.

Keith Langford, who will face Casademont Zaragoza in the Semi-Finals, had his best tally of points in a BCL game against a Spanish team, 30 points against San Pablo Burgos in November 2019.

Keith Langford has been elected among the Team of the Week of the first and fifth Gameday of the Regular Season.

Before joigning AEK in August 2019, Langford played played college basketball at the University of Kansas, and played professionally in Italy, Russia, Israel, China and Greece. Langford also represented the United States national team at the 2015 Pan American Games, where he won a bronze medal.

The award will be presented before the second Final 8 Semi-Final which will see AEK face Casademont Zaragoza for a place in the Final of the 2019-20 Basketball Champions League. 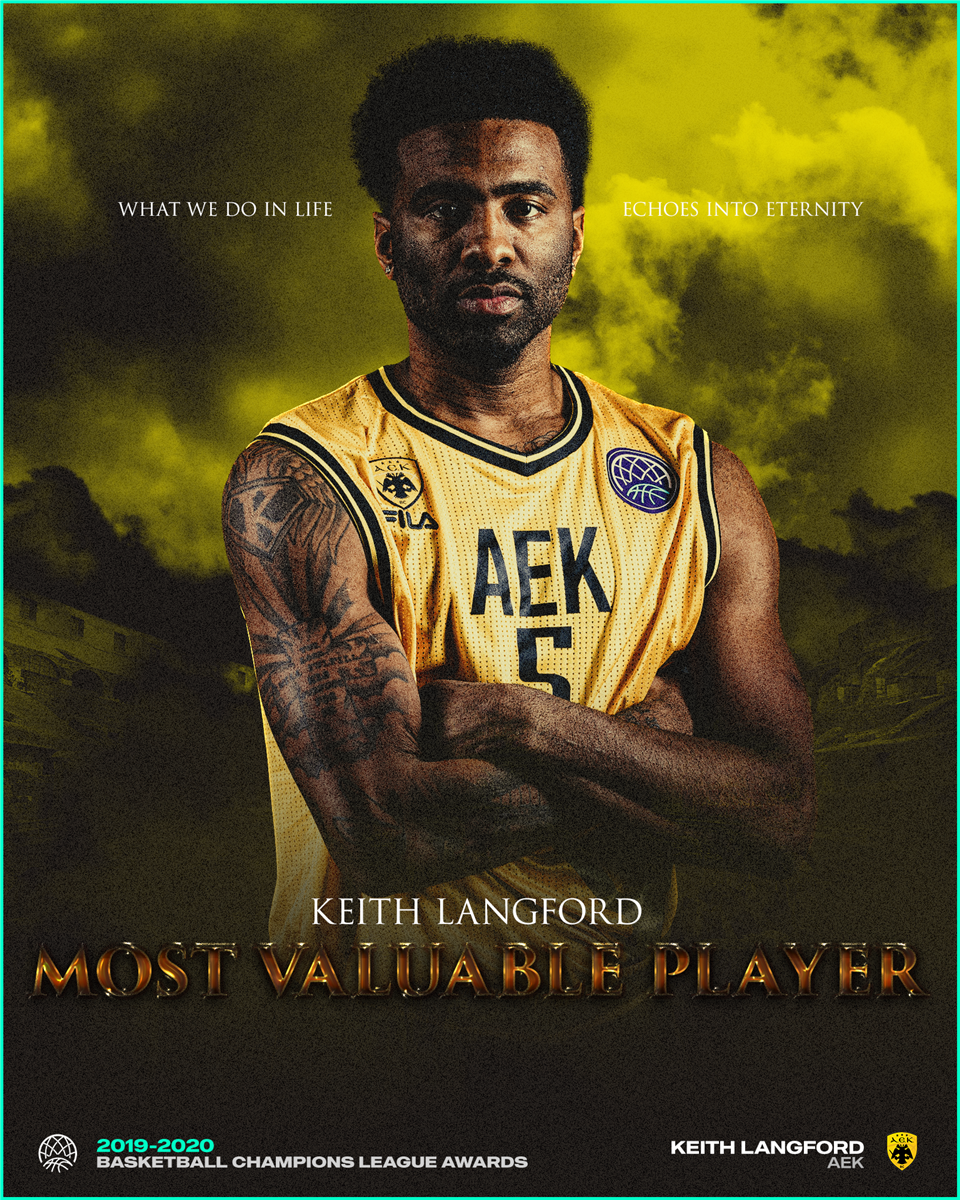