ATHENS (Greece) - Turk Telekom looked down and out, but they erased a 10-point deficit over the last 3:30 of the game and had a chance to win it at the buzzer. But without a timeout remaining, Turk Telekom had seven seconds to do something over the length of the court, and got a long three-point attempt by Kyle Wiltjer. It bounced off the rim, Dijon escaped with an 83-82 win.

Turning point: JDA Dijon had a 10-point lead with 3:30 to play in this game, but a heroic effort by Turk Telekom saw them crawl back to a one-possession deficit with a minute to play. Dijon did not score until the end of the game, but their long possessions drained the clock enough to keep Turk Telekom far away from the basket on the final shot of the game. Tyler Ennis was stopped by the sideline, his pass to Wiltjer left just enough time for the Canadian power forward to hoist up a shot from the Final 8 logo, but the cheers came from the left side of the court, where the French bench was.

Stats don't lie: Bench points. JDA Dijon got 25 points out of their second unit, compared to 13 for Turk Telekom. The French Leaders Cup winners showed once again they are much more than a one-two punch of David Holston and Axel Julien.

Game heroes: Julien had 19 points on 5-of-9 shooting from beyond the arc, Jaron Johnson was right next to him with 16, as Dijon survived a 1-of-9 shooting night from their star player Holston. Hans Vanwijn did his part on the defensive end, and ended up with 9 points off the bench.

Bottom line: JDA Dijon will now face Hereda San Pablo Burgos in the Semi-Finals. Turk Telekom got 19 points from Wiltjer, 15 from Sam Dekker, 14 with 11 assists and 3 steals from Tyler Ennis, but they ran out of gas at the end of the game. For sure, they will be the team to watch in 2020-21 season! 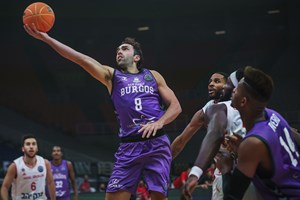 Rabaseda's wardrobe and a few more things you didn't see on TV in Burgos vs. Jerusalem 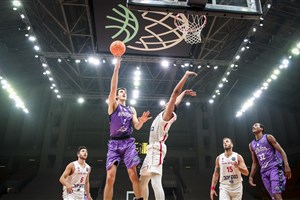