Turning point: Hapoel Bank Yahav Jerusalem were struggling to get anything going on the offensive end all game long, but the Israeli Cup holders were hanging on until the end of the third quarter. That's when Suleiman Braimoh's and Tamir Blatt's three-pointers danced around the rim and dropped out, while Thad McFadden and Xavi Rabaseda replied with a pair of three-pointers at the other end to make it 70-46 with two minutes to play in the third. There was no coming back from that for Jerusalem, Burgos used all of their experience to cruise to the win.

Stats don't lie: Hapoel put up 120.2 points per 100 possessions in 2019-20, but there were nowhere near those numbers in this one. They were only 2-of-11 from beyond the arc in the first half, while committing 11 turnovers over 20 minutes. Those numbers are also a great example of how much Jerusalem missed their injured captain J'Covan Brown, and the new guy Chris Kramer, who wasn't fit enough to make the cut before the game.

Game heroes: Dejan Kravic and Thaddus McFadden. The Canadian-Serbian big guy had 12 points on 6-of-6 shooting in the first half alone, and finished with 18 points, 10 rebounds and 2 blocks. McFadden knocked down three three-pointers as soon as he entered the game off the bench, had 11 points at the break, ended with 18, as well. Honorable mention: Alex Renfroe and Omar Cook with 13 assists between them, both of them played less than 20 minutes.

Bottom line: San Pablo Burgos now await for the winner of the Turk Telekom v JDA Dijon duel. Hapoel have been knocked out of the Quarter-Finals by a Spanish team for the second straight time - last season it was Iberostar Tenerife who kept them away from the 2019 Final Four. 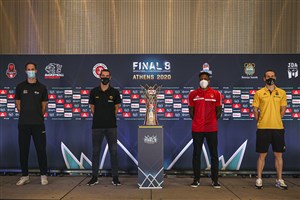 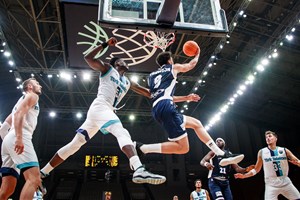