Group A preview through the eyes of the Coaches

MIES (Switzerland) - With the Basketball Champions League just around the corner, this is the time of the year when every player and every fan of the 32 teams that participate in the fourth edition of the competition is full of hope for the road ahead.

If there is one group however, out of the four in the Regular Season, which we could brand as the Field of Dreams of the competition, it would definitely be Group A. 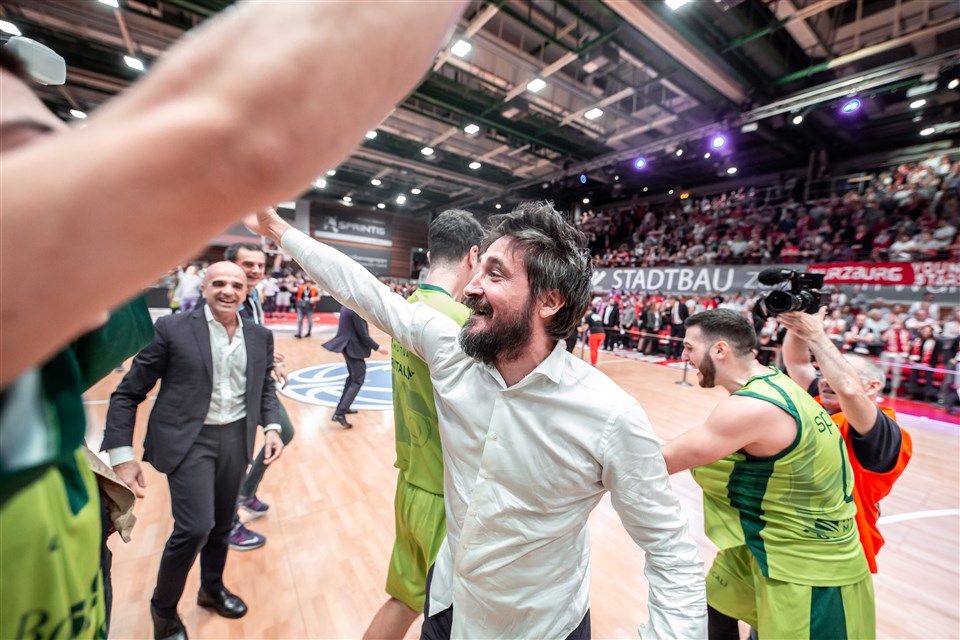 Count Sassari's Gianmarco Pozzecco among the fans of Pedro Martinez

This is the group that features two historic clubs, in BAXI Manresa and Türk Telekom Ankara, which went through difficult times and now dream of rewarding their fans for their loyalty. Manresa returns to European competitions following a two-decade hiatus led by legendary coach Pedro Martinez, a full 29 years after his first stint at the club. Türk Telekom meanwhile was shockingly relegated in 2016, returned to the Turkish top flight in 2018 and aims to regain its prior status.

This pool includes Polski Cukier Torun, the Polish side which made it through just when it seemed like they would fall in qualification for the second year in a row, on a buzzer-beating three-pointer by Keith Hornsby that downed Karhu Basket.

Group A also includes three teams which return this year dreaming of redemption in Israel’s Unet Holon, Lithuania’s Lietkabelis and France’s SIG Strasbourg, as they all finished fifth in their respective group last season, meaning they just missed out on the Play-Offs because of a tiny detail here and there.

Last but not least, this group features Filou Oostende, the Belgian champions who dream of translating their domestic dominance onto the international stage and Italian league runners-up Dinamo Sassari, who conquered the FIBA Europe Cup last season and can only dream of replicating this success one level up. Dreams, nonetheless, will not be of much practical help once the games get under way on Tuesday, so we asked coaches of teams in the group to help navigate through some tangible aspects and answer some questions that every fan has at this early stage.

What we learned? Mainly that the coaches really like the revamped roster of Dinamo Sassari, but nowhere near as much as Dinamo playcaller Gianmarco Pozzecco admires Pedro Martinez.

Yes, it turns out that the Italian coach which celebrates as exuberantly as when he was a player, is a huge fan of the Spanish tactician who calmly paces the sideline!

Which four teams in this group have the best roster?

The coaches were not allowed to include their own team in their reply, and Torun head coach Sebastian Machowski was the one that offered the deepest analysis. The German coach choose Sassari, because they have a "well-balanced roster with great bigs in Miro Bilan and Jamel McLean, versatile forwards in Dwayne Evans and Dyshawn Pierre and experienced scoring guards in Stefano Gentile and Curtis Jerrells". Machowksi also picked Strasbourg, which he finds an "interesting mix of veterans and young talent", Manresa because they are a "well-composed team of experienced and young players" and Unet Holon because they have "athletic players with scoring ability".

UNET Holon head coach Sharon Drucker said that Sassari made very interesting additions and it looks like after "winning the FIBA Europe Cup last season, they have decided to climb up another step and they have a very good roster".

Oostende head coach Dario Gjergja picked only Dinamo Sassari, explaining that they "have a lot of experienced players who have been playing on a high level for years."

Gianmarco Pozzecco went with only two picks: "Strasbourg because of their budget and Manresa because of coach Pedro Martinez," Sassari’s coach said.

Who are the best four coaches in this group?

#XsOs 🇧🇪 Oostende (coach Dario Gjergja) multi option offense with main goal > flare screen for back-screener if you have PG who can shoot from off-ball screens. 🎥 edit by @KlipDraw pic.twitter.com/GCiegHw9dh

Our respondents were asked to not vote for themselves, but in any case they were very generous with their colleagues.
Oostende head coach Dario Gjergja voted for Manresa’s Pedro Martinez, Unet Holon’s Sharon Drucker, Strasbourg’s Vincent Collet, and Sassari’s Gianmarco Pozzecco.
Torun head coach Sebastian Machowski also voted for Martinez, Drucker and Collet, as well as for Dario Gjergja.
Holon’s Sharon Drucker said that he respects all the coaches in the group and is sure everybody will do well, but he added that he is more familiar Dario with Gjergja and he thinks he is doing a great job.
Sassari’s Gianmarco Pozzecco meanwhile voted for Martinez - and yes, you are starting to see a pattern here.

Which games in this group would you recommend watching to a neutral basketball fan?

For Gianmarco Pozzecco this is not a difficult choice, as the Italian coach proclaimed that he recommends all of the games in the group!
Dario Gjergja picked two match-ups: The Gameday 4 clash between Manresa and Turk Telekom on November 6, and the Dinamo Sassari v Strasbourg game, a week later.

Sebastian Machowski chose the games between Lietkabelis and Sassari, because he expects them to be "high-tempo games with many points".
Sharon Drucker meanwhile said "I hope that everyone will want to watch our games! We are hopefully going to play nice basketball!"

Which of these games will be the toughest for your team, taking into account the opponent, travel and scheduling?

"Holon played against Dinamo last season and the people at the club told me that it is a difficult trip because we have to sleep in Milano the night we arrive in Italy and then make our way to Sassari the following day, so it looks like that will be our toughest away game," said Sharon Drucker.

Sebastian Machowksi pointed out that Torun’s home games against Sassari and Manresa will take place only 48 hours after his team plays on the road in the Polish League.

Dario Gjergja meanwhile expects the games against Sassari, Manresa and Turk Telekom to be the toughest because of those teams’ "experience, coaching and quality of the players," and coach Pozzecco said he expects all games in the group to be tough.

Which player(s) in this group is special, either because of a specific skill or because they are difficult to defend? Dwayne Evans played in the 2018 Final Four with Riesen Ludwigsburg

Sassari’s forwards are clearly on the mind of opposing coaches, as both Sebastian Machowski and Sharon Drucker chose Dwayne Evans. "I followed Evans when he played in Germany and I like his game," said Drucker.  Machowski also chose Dyshawn Pierre, saying that he expects these two players to "pose problems for opposing defenses at forward positions" while Dario Gjergja chose another Dinamo forward, Jamel McLean.

Which player(s) could be a positive surprise?

Sebastian Machowski chose the hero of his team in the qualifiers, shooting guard Keith Hornsby. "He is not so young anymore but it’s his first time in Europe, he will have a great season," the Torun coach said.

Strasbourg head coach Vincent Collet chose Damian Inglis, the French forward who returned to the team this summer after spending a year at rivals Limoges.  "I think if Damian keeps working like he has been doing since the start of the season, he could be a surprise in the competition," coach Collet said.

Dario Gjergja picked the Senegalese center Amar Sylla who joined the Belgian champions from Real Madrid and just turned 18 years old this month, and Canadian forward MiKyle McIntosh who is a newcomer to European hoops.

Sharon Drucker meanwhile said:  "We have three young guys, Marcus Foster, Malachi Richardson and Jaylen Johnson who have never played in Europe before but I know they are working very hard to establish themselves in the European game and I hope that they will get to shine this year."

Will this be a group for perimeter players or big men?

Gianmarco Pozzecco: Big men
Dario Gjergja: Perimeter players
Sebastian Machowski: I truly believe that they will be equally important. The guards might have the ball more often in their hands offensively, but especially the defensive roles for the bigs are huge, so for me it’s a tie.
Sharon Drucker: It's always a combination, you cannot play basketball without one of the two.

Which team in this group plays a style of basketball that you find interesting? Lietkabelis' mix of basketball schools is intriguing for Sebastian Machowski

Sebastian Machowski had no qualms about revealing the…basketball nerd inside him and replied as a true diehard fan of European hoops: "Lietkabelis, because it’s a Lithuanian team with a Serbian coach, which makes it an interesting mix of basketball schools," the German coach of Torun replied.
Dario Gjergja chose Manresa, Dinamo and Turk Telekom, arguing that he likes the way these three team play with a "high level of intensity, rhythm and speed".
Meanwhile Gianmarco Pozzecco, unsurprisingly, picked Manresa "because of its coach".

Which team will have the fastest and which team the slowest pace?

Sebastian Machowski: Sassari to be the fastest, Turk Telekom the slowest.
Dario Gjergja: Manresa the fastest, Torun the slowest
Gianmarco Pozzecco: We will see!
Sharon Drucker: Too early to say, it will show on the court.

If you could spend a couple of extra days in one of the seven cities you will visit, which one would it be? And if you took out the whole team to a restaurant which city would you choose? 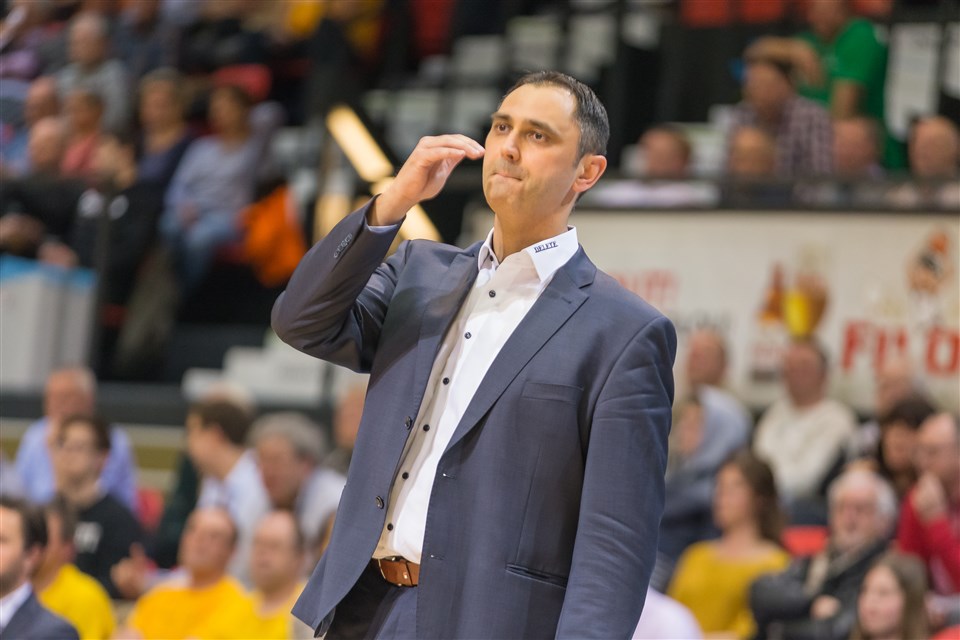 Gianmarco Pozzecco: Somewhere in Spain to eat “tapas”.
Sebastian Machowski: Manresa, because of its vicinity to Barcelona and the great variety of superb restaurants there.
Dario Gjergja: Sassari
Sharon Drucker: I always like to go back to  Oostende, because it used to be my home, I have a lot of great friends there and we won two titles together.

Is the team that will win the Basketball Champions League title in this group?

Dario Gjergja: Yes
Gianmarco Pozzecco: No
Sebastian Machowski: Yes
Sharon Drucker: It might be, it's a very good group with high-level coaches and a lot of other people have told me that they will be looking closely at our group. 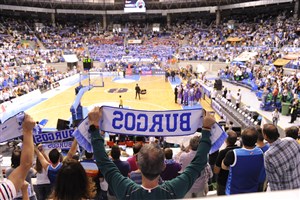 Group B preview through the eyes of the Coaches