MIES (Switzerland) - Who will be named Best Young Player in the 2019-20 Basketball Champions League? Earlier in the season we had presented four frontrunners in the race for the award and, with their excellent performances during the Regular Season, these same four youngsters have consolidated themselves as the main candidates.

So, barring a welcome surprise in the form of another young player erupting in the Play-Offs so spectacularly that he becomes a late addition to the race, the Best Young Player award for the 2019-20 season will end up in the hands of one of these four players.

Let's have a closer look at each one (in alphabetical order) and their case for winning the award. 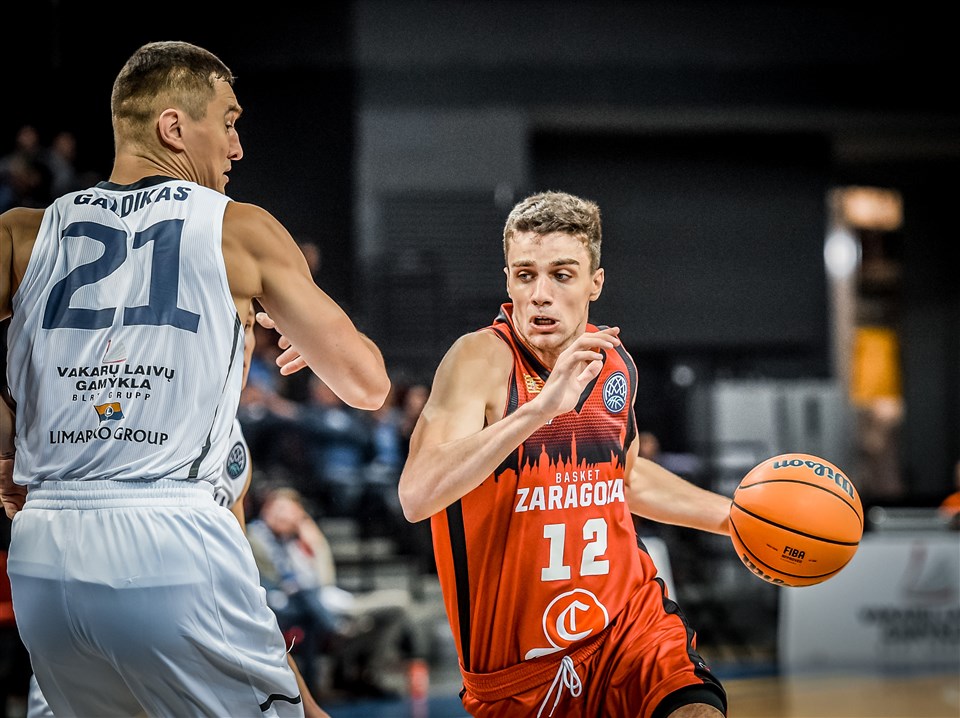 At the age of 19, Carlos Alocen is playing over 43 minutes a week between the BCL and the Liga Endesa

Every single day, Carlos Alocén goes out on the court about half an hour before Zaragoza start practice and works on his shooting with the help of an assistant coach. Improvement of course comes in incremental steps and it will take time for the Spanish point guard, who just turned 19 years old in December, to fulfil his potential. But in certain aspects, he is already the finished item.

Alocen's court vision - an attribute which is arguably far more dependent on talent than on practice - and his passing are truly impressive for a player of any age, and he has an innate ability to dictate the pace of the game. Every young player though needs to polish their skills, no matter how innate they are, and no amount of practice can substitute true game conditions.

This is why the BCL is proving crucial to Alocen's development. Zaragoza have had to play two games a week this season, and the young Spanish international has already logged more minutes on the court at the highest level this season (23.8 minutes in the BCL and 20.5 in the Spanish Liga Endesa) and than the vast majority of point guards will have done by the time they reach the age of 21 or 22.

In the BCL, Alocen is averaging 7.2 points, 3.8 assists and an impressive for is age efficiency rating of 8.2 per game for a team that finished top of Group D. His shooting - 38.8 percent from the floor and 61.5 percent from the free-throw line - still needs to improve but, as we know, he is already on top of that. 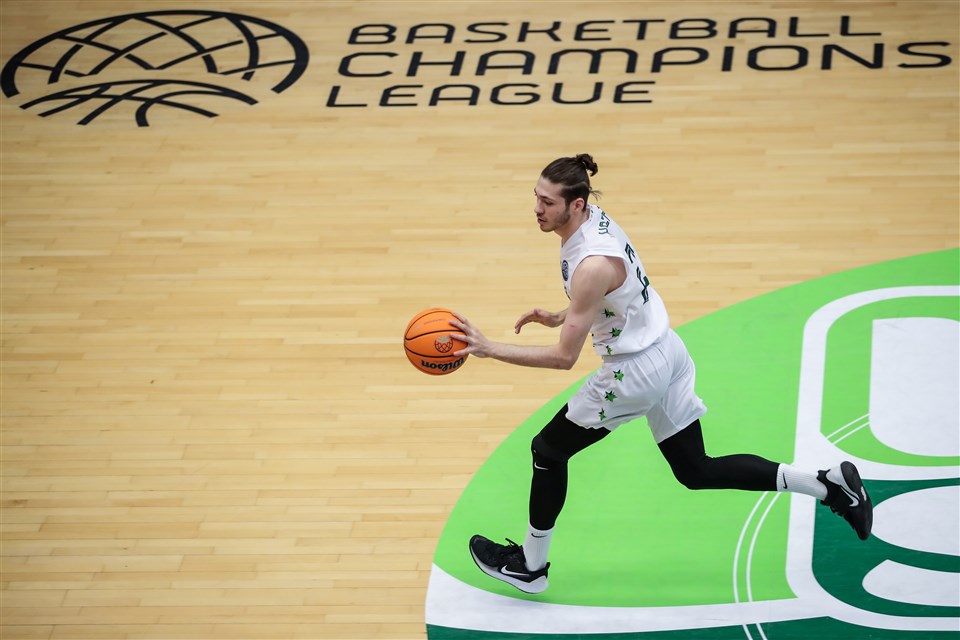 We've been through this before - Teksut Bandirma are just a factory for talented youngsters, especially homegrown youngsters. Sehmus Hazer is the next in line, the one who fought his way to regular rotation minutes, averaging 21 of those every time he takes to the court in the Basketball Champions League.

Sehmus has always been known for his explosiveness and ability to finish in traffic. When we did the first issue of this piece, we did ask questions about the three-point shooting, and it seems to be going in the right direction, as Hazer gets up three attempts per game, and makes 38 percent of them.

Doesn't sound that intimidating, right? Wrong. Because he made 11 of his last 24 shots in last eight Basketball Champions League, meaning he could be a reliable shooter in the coming years.

And you know what that does to defenses all over Europe? Just ask AEK. Hazer knocked down 4-of-6 from deep, opening up the floor for drives and finished with 23 points, 6 rebounds, 6 assists, 3 steals in the warmth of OAKA.

Not even counting in his possible and probable Play-Offs contributions, that performance alone was enough to justify the belief that Sehmus Hazer could be the Best Young Player of the 2019-20 season. 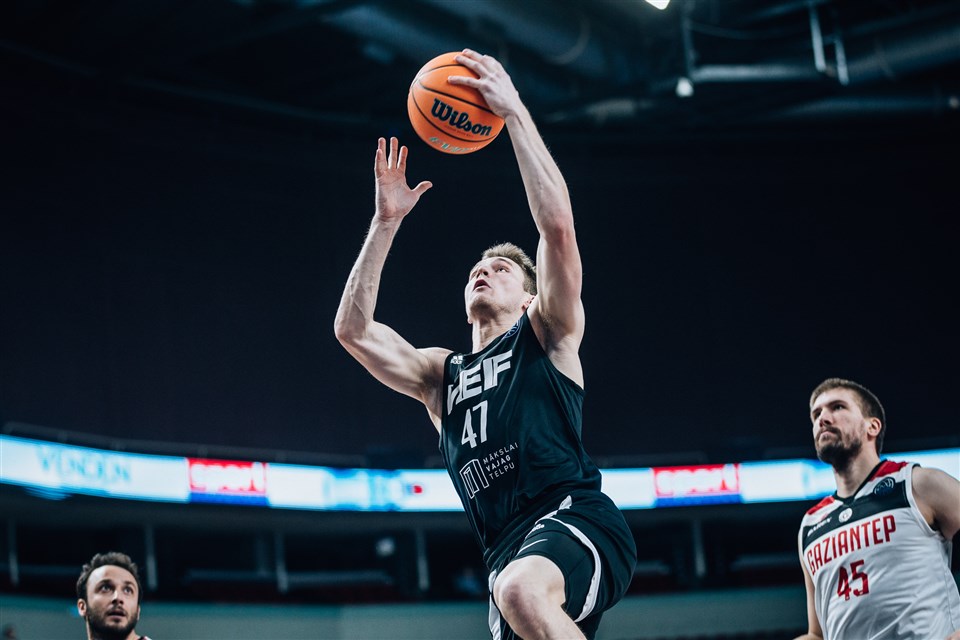 VEF Riga did not really do Arturs Kurucs any favors in the race for the Best Young Player award as the Latvian team lost their final 13 games after winning the season opener against Mornar Bar in Group C. Still, Kurucs is worthy of the honor.

Kurucs, who did not turn 20 until January 19, ranked second in points on the lowest-scoring team in the BCL. He averaged 10.6 points a game, accounting for 14.9 percent of his team’s production.

The young Latvian, who is with VEF on loan from Spanish club Baskonia, had an outstanding stretch between Gamedays 3 and 11, averaging 13.7 points. But he stumbled to the finish line, collecting just 13 points in the final three games of the Regular Season.

For the Regular Season, Kurucs led VEF in three-pointers taken (71) and was second in made three-pointers (23), connecting on an excellent 35.2 percent from downtown. Kurucs also converted 15-of-18 free throws for 83.3 percent.

The 6ft 3in (1.91m) shooting guard grabbed 3.2 rebounds, including 1.1 boards from the offensive glass, ranking third on his team in that category. Kurucs also dished out 1.6 assists and swiped 13 steals in 14 games.

His biggest negative was committing 2.4 turnovers a game, but he also was second on the team in minutes played with 30.3 - one of only two players to average more than 25 minutes a game. 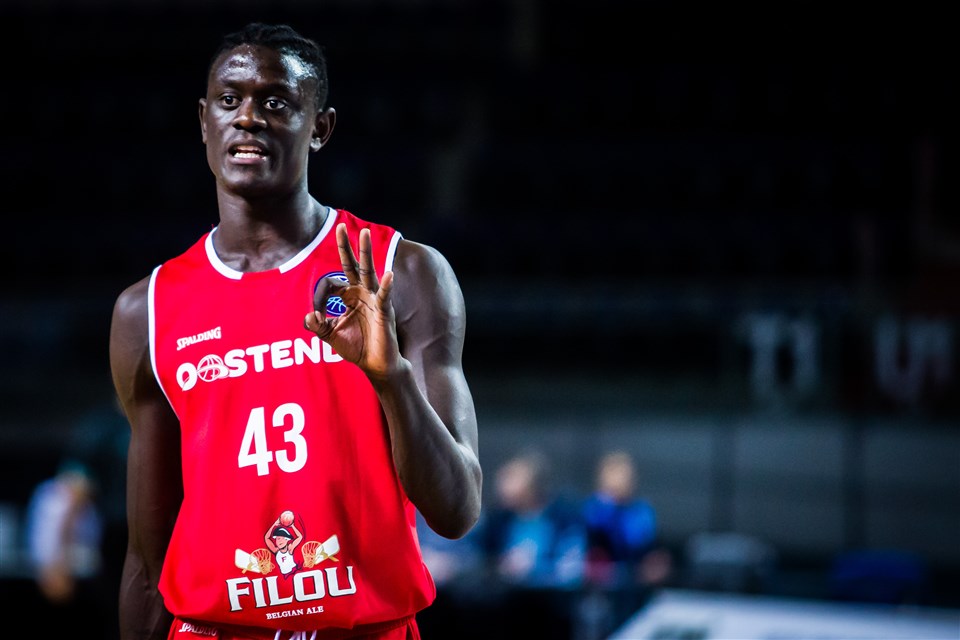 Timing could be everything for Amar Sylla in the race for this award. His decision to join Oostende and further his development under coach Dario Gjergja certainly raised eyebrows when the news broke. It’s looking like a very solid decision now.

Coach Gjergja certainly delivered on his end of the bargain as Sylla has started every game in the BCL and played over 22 minutes on average. Oostende’s investment into Sylla’s development is also starting to pay off in return.

🔞💀 They showed no mercy for human life during the #BasketballCL Regular Season 🤕 pic.twitter.com/LAoehTiKSd

Sylla’s first five games in the BCL saw him average only 3 points and 4.6 rebounds. Over his last five games, those numbers have jumped to 9.6 points and 4.8 rebounds, including 41 percent from behind the arc. Sylla has started to make his biggest strides as a player at the most important time in the season and, in the process, helped Oostende reach the BCL Play-Offs for the first time.

In an interview with ESPN, Sylla spoke about the influence that Paskal Siakam has on his game. If he is able to consistently make plays like the shifty handles and dunk that made it into the top 10 dunks of the Regular Season, the comparison may not end up looking too outlandish. 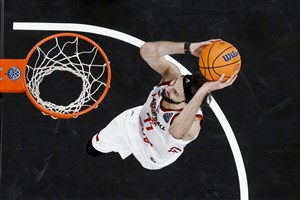 Coast To Coast Podcast Episode 22: Round of 16 Preview and Brandon Brown Interview 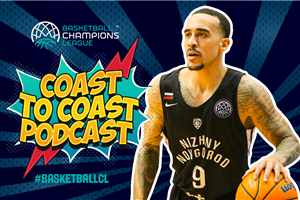