ATHENS (Greece) - ERA Nymburk have not lost an official game in all competitions since early December 2019, when Peristeri winmasters defeated them by ten. A trip back to Greece ended their winning run, AEK handed them a 94-82 defeat to reach the Semi-Finals for the second time in the history of this competition. The last time they were here? Back in 2018, in the same OAKA arena, when they won the championship.

Turning point: Down 50-59 midway through the third, ERA Nymburk had a chance to make it a game when they shot three straight free throws after a foul and a technical. But Vojtech Hruban and Hayden Dalton went 0-of-3, perfect wind into AEK's sail, making it a cruise towards a win. Greek Cup winners scored the next six points, sailing away to a comfy lead before the fourth quarter. Nymburk were not going away, but struggled to bring the difference back to single digits the rest of the way.

Stats don't lie: The free throw line is also called the charity stripe...but Nymburk's free throws turned into charity for AEK. Czech champs went 13-of-24, unable to build any kind of advantage despite shooting 14 free throws more than AEK. It felt like AEK's confidence was growing with each missed free throw, while Nymburk were fading away with every miss.

Game hero: Coach Ilias Papatheodorou. He found the perfect balance to give enough touches to all of his stars, and five of them scored in double figures. Keith Langford had 18, Tyrese Rice 12 with 5 assists, Matt Lojeski 12 on 5-of-6 shooting, Vlado Jankovic 11, Nikos Gkikas 10 with 5 assists. Honorable mention: Yanick Moreira with 9 points and 6 rebounds.

Bottom line: AEK are back in the Semi-Finals two years after winning the Basketball Champions League in this same arena. They will play against the winner of Casademont Zaragoza v Iberostar Tenerife, while ERA Nymburk suffered their first defeat after winning 31 straight games in all competitions. Jerrick Harding and Vojtech Hruban showed they will carry the team on offense, combining for 32 points, Omar Prewitt had a fine game with 14, and Hayden Dalton went flying for 13 and 9 rebounds. Coach of the Season Oren Amiel will get them clicking again in no time. 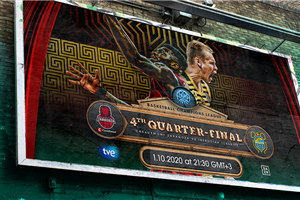 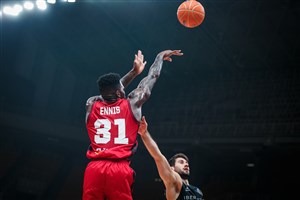