MIES (Switzerland) - A long and thrilling journey in the Basketball Champions League is still underway for four teams.

It took a total team effort for each to reach next month's Final Four, yet there were some stunning individual performances in every one of the Quarter-Final ties that were won by Brose Bamberg, Iberostar Tenerife, Segafredo Virtus Bologna and Telenet Giants Antwerp.

Talking about making a huge splash in the most pivotal 90 seconds or so of Brose Bamberg's season, did anyone see Bryce Taylor's three clutch 3-pointers that paved the way for their dramatic comeback at AEK Athens?

After a long and considered review of the games, we've come up with a Team of the Quarter-Finals. 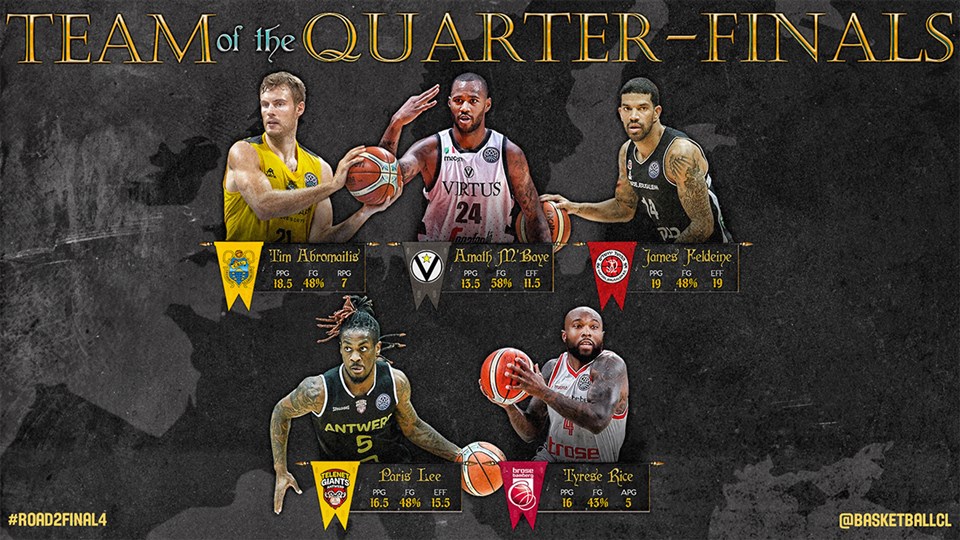 Where do we begin? Why don't we start with the first leg at Nizhny Novgorod in Russia, where the explosive point guard set the tone for a remarkable Giants performance and an 83-68 victory. Lee hit 5 of 6 shots from deep in that game and scored 24 points. Lee was 7 of 10 from the floor overall and had a couple of assists and 3 steals. In the second leg before a sold-out Antwerp crowd, Lee contributed 9 points and a lot of hustle.

Rice, a strong MVP candidate for the season like Lee (above), followed up his 7-point display in the 71-67 home triumph over AEK with 25 points and 5 assists on Wednesday night to help Brose Bamberg walk off the OAKA court in Athens with a 69-67 defeat, which was good enough for a 2-point triumph on aggregate. Some of his points came in crunch time, too, and they were of the spectacular variety. Rice could care less about his numbers. He only wants to win, which was clear after he earned the MVP of the Round of 16 honor. In his interview with the Basketball Champions League website, Rice said: "In the end, it’s all about the win. It doesn’t matter how many points you scored as an individual or any of that, if you don’t win the game, all that other stuff doesn’t matter in my eyes." 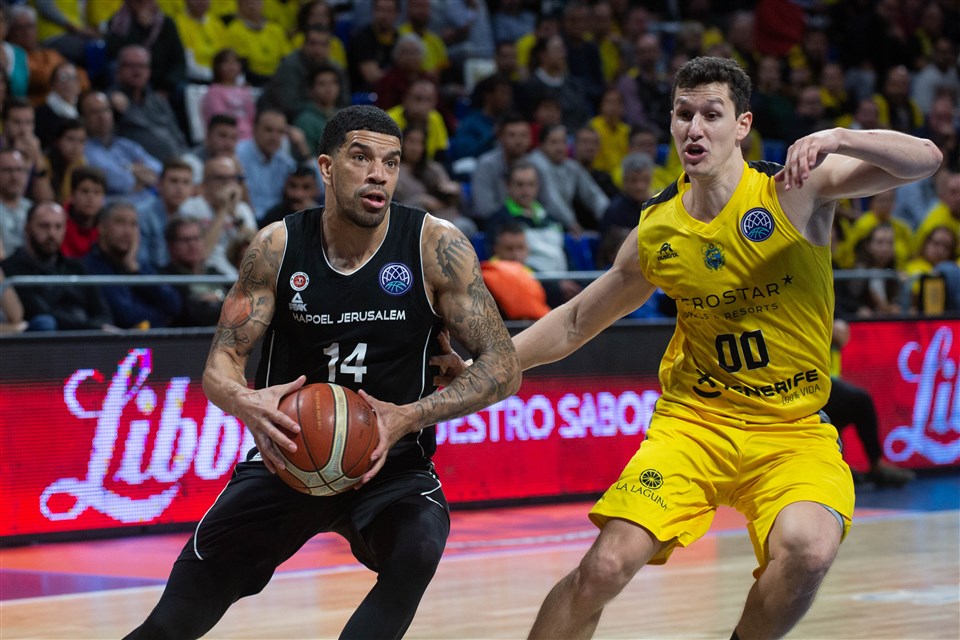 A spot on the Team of the Week will be no consolation for having come up short of the Final Four after a 154-139 defeat on aggregate to Iberostar Tenerife, yet Feldeine needs to be recognized for his outstanding Quarter-Final series. He had 18 points for Hapoel Jerusalem in their 75-73 opening leg win in Israel and then 20 in Wednesday evening's 81-64 second-leg defeat. 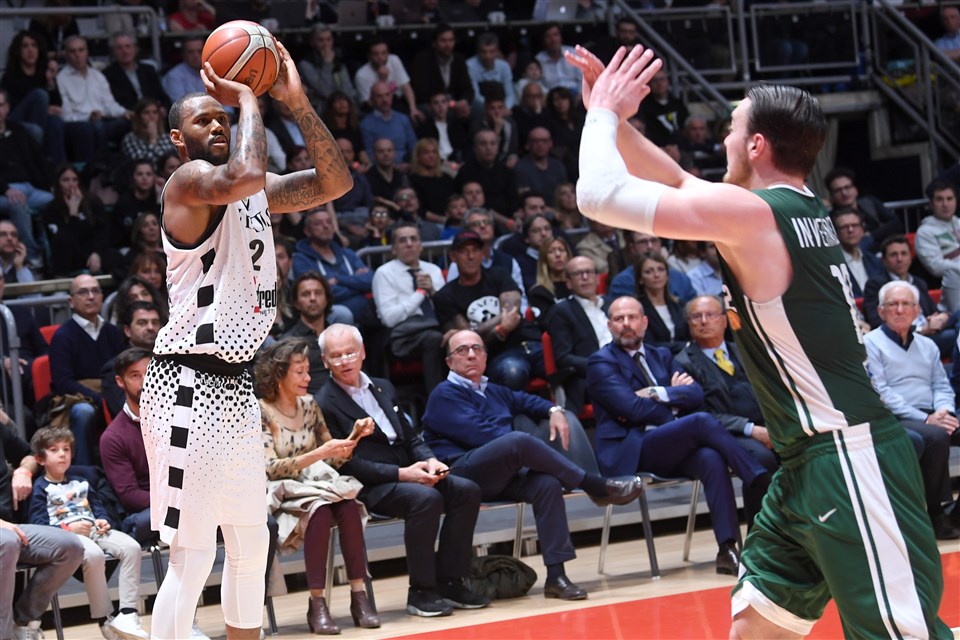 If there were a Relevation of the Season award, France international M'Baye would be a leading contender because he's come up big on numerous occasions for Virtus. The 2.06m (6ft 9in) forward had 11 points in an 83-75 first leg defeat at Nanterre and 16 in Wednesday's 73-58 second leg triumph in Bologna. 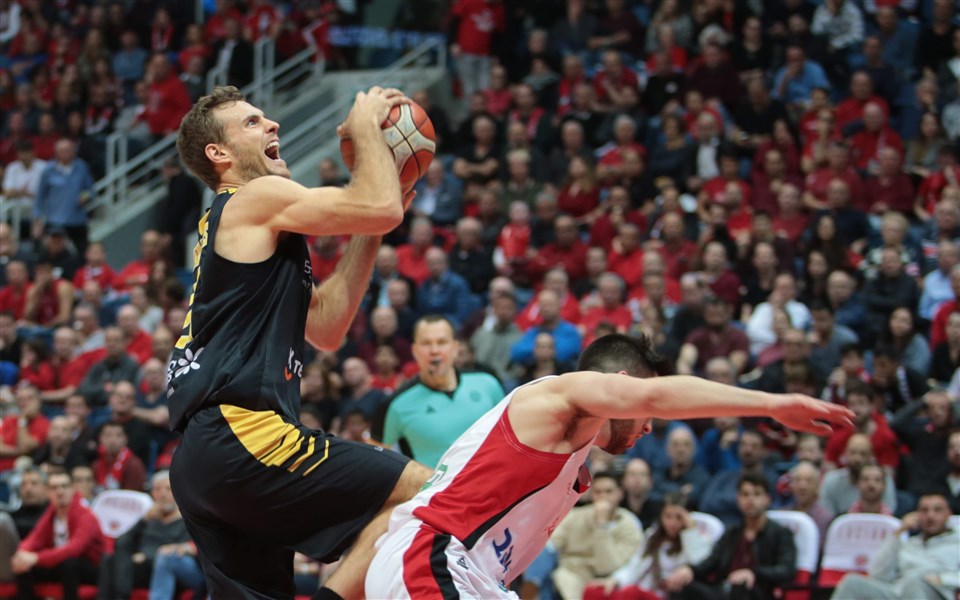 Abromaitis can flat out shoot🔥! There's no other way to put it. A star in the Tenerife team that won the inaugural Basketball Champions League crown, Abromaitis was a combined 6 of 9 from the arc in the Quarter-Finals. He had 16 points in the two-point defeat at Hapoel Jerusalem and 31 in Wednesday's 17 point win. 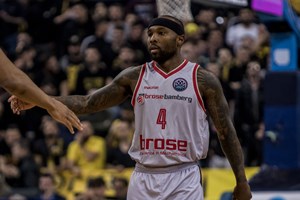 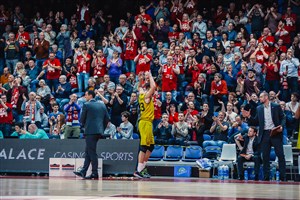