MIES (Switzerland) - There's a given when it comes to the MVP of the Week. Just as we know the sun will rise each and every day, we also know that Vince Hunter is going to contend for the honor which goes to the standout performer after every Gameday in the Basketball Champions League.

From his first season in the Basketball Champions League with Avtodor Saratov, when he often caught alley-oop passes and dunked in sensational fashion, to last year when he ran up and down the floor for AEK on the way to the club's first title in the competition, to now - the gravity-defying Hunter has been pure joy to watch, at least for AEK's fans and all neutral observers.

Hunter, the MVP after Gameday 4, and Gameday 12, has done it again.

The 24-year-old power forward on Tuesday night made 12 of 13 shots from the floor on his way to 25 points  and also had 8 rebounds, 5 assists, 3 steals and 2 blocks in an 84-65 victory at Lietkabelis to earn his third Gameday MVP. No player had won been MVP of the Week three times in the Regular Season until now.

Hunter finished for the second time this season with a sky-high efficiency of +39. The first time he achieved that was in an October 30 win at JDA Dijon, a performance that led to his first MVP of the Week.

When we spoke to Vince this time last week, he said something that still holds true.

"I don't have any secret," he said. "I just try to play hard, go out there and do my job every day. My teammates are looking for me and I'm playing with confidence."

As for AEK, well, there are several things worth pointing out after their latest win. While Lietkabelis aren't the best team in the competition and won't be going to the Play-Offs, they do play hard and made it look like an upset might be on the cards.

AEK turned it up a notch. Defensively they started making plays while on offense, everyone began making the extra pass.

It was a beautiful thing to watch. Even Hunter appeared to get more joy out of making the pass to the teammate who then scored than he did when he put the ball in the basket himself.

Something else that was striking and AEK's 88-79 defeat to PAOK in the Greek league a few days earlier no doubt had something to do with it. It was Luca Banchi's intensity from start to finish. AEK's Italian coach never let up, even in the last couple of minutes when his team was holding a double-digit lead.

Banchi was incensed after his players failed to execute one play. He demanded better. He didn't want his team to relax. 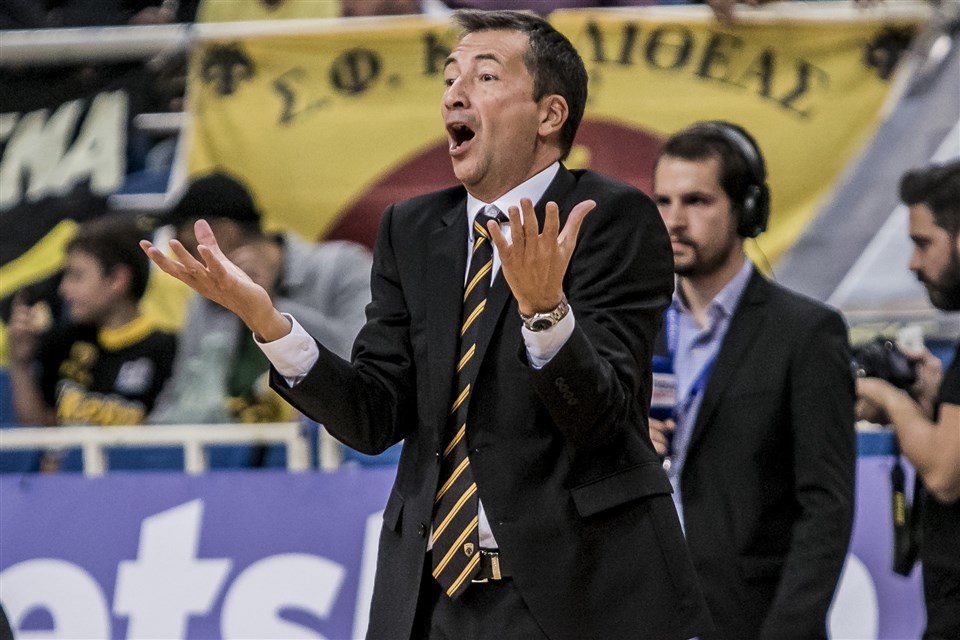 Banchi deserves much of the credit for AEK's terrific Regular Season

The bottom line is they can't relax if they're going to make it two titles in a row in the BCL. AEK know they'll have serious competition in the Play-Offs and much harder games than the one against Lietkabelis.

If the concentration level is right for this 11-2 team, and the effort is there, they'll have as good a chance as any team to reach the Final Four. With Hunter at the top of his game, and the likes of Delroy James, Jonas Maciulis, Jordan Theodore and Malcolm Griffin playing hard and well, AEK do indeed look to be in good shape.

If they really want to make headlines, AEK can pull off another double-winning campaign. Last year, they won the Greek Cup and the BCL, but PAOK eliminated them at the Quarter-Final stage in the Cup this year with a 2-point win.

If they travel to Rio de Janeiro and win the FIBA Intercontinental Cup (February 15-17), AEK could return to Europe with a full head of steam and go for glory in the BCL. Hunter, you can bank on it, will be leading the way. 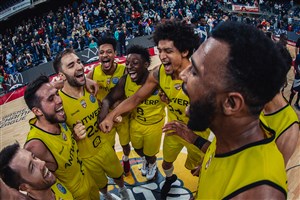