MIES (Switzerland) - Did you know that November is an excellent month to travel, that the Basketball Champions League has three kings and that you can't win basketball games unless you can shoot the three?

Find out all that and more as we have an alternative look at some facts and stats from Gameday 6  action!

There must be something in the air in November that inspires teams which play on the road. The six road wins that we witnessed on Tuesday are a joint record for most wins by visiting teams on an eight-game day.

The only previous time that road teams fared so well was on November 14, 2018. For the record, it was a Wednesday and the only two teams to win at home that day were wearing black-and-white: PAOK beat Fribourg and eventual champions Virtus Bologna defeated SIG Strasbourg.

Turk Telekom, who clinched the largest road win on Tuesday, 95-73 at Polski Cukier Torun, did so despite the Polish team scoring 34 fast-break points, the third highest output in transition in the history of the competition.

It's difficult to pick the most impressive come-from-behind win of the week, but Gaziantep, Iberostar Tenerife and Anwil Wloclawek all make very strong arguments, backed by stats.

Gaziantep trailed Nizhny Novgorod by 13 points in the third frame but came back to edge out the Russian side 79-76. The Turkish team have now won two of the last three games in which they trailed by 12 points or more. This is in stark contrast to their previous form as they had lost every game -12 games in a row - in which they fell behind by at least 10 points .

Tenerife meanwhile, who stormed back to beat VEF Riga 68-64 despite trailing the Latvian side by 18 points in the third quarter, completed the biggest comeback so far this season. No other team that fell behind by so many points so late in a game managed to turn the tables on their opponent in the first six weeks.

But what about Anwil Wloclawek's case? The Polish team were trailing Teksut Bandirma by 12 points at the start of the fourth quarter and, in order to flip it around and escape with an 87-86 win, they fell just short of a long-held competition record: Anwil scored 60 points in the paint at Bandirma, which is the most since February 2017, when Oldenburg scored 64 points in the key against Avtodor Saratov.

📺 @BasquetManresa pulled away decisively midway through the second quarter and never looked back, cruising to another win at home over Oostende! #BasketballCL

Filou Oostende became on Tuesday the first team this season to hit only one three-point shot in a BCL game, in their 85-58 loss at BAXI Manresa.

The Belgian side, who went 1 of 16 from beyond the arc, fell just one miss short of claiming the dubious honor of having the worst three-point shooting percentage (on one made triple).
That negative record remains at the hands of Oldenburg, who went only 1 of 17 against UCAM Murcia in January 2018.

Oostende are shooting 27.4 percent from three-point range so far this season, having converted 34 of their 124 attempts from downtown.

This may sound like Oostende's long-range accuracy is beyond redemption, but in actual fact both Tenerife and Casademont Zaragoza are shooting the ball worse, hitting just 26.5 and 26 percent of their shots from downtown, respectively.

Five players managed to reach a milestone or set a record this week, despite the fact their team ended up losing:

Latavious Williams of UNET Holon, who had 12 rebounds in the loss to Dinamo Sassari, has become the third player in BCL history to collect more than 10 rebounds in four consecutive games, after Vladimir Stimac in 2016-17 and Babacar Toure in 2018-19.

Shaquielle McKissic of Besiktas Sompo Sigorta has become only the third player in the history of the competition to score at least 20 points in four consecutive games, following in the footsteps of Rion Brown and David Kennedy.

Gabe York has become the first SIG Strasbourg player to score at least 20 points in three or more games in the same season, a feat that becomes more impressive if we consider that the French team has participated in all four seasons of the BCL.

Three players who were instrumental in their respective team's win this week, also achieved a noteworthy feat that perhaps passed under the radar:

Zeljko Sakic, who had 21 points in the Lietkabelis win at SIG Strasbourg, has scored more than 20 points in consecutive games for the first time in his BCL career, after 18 appearances in the competition.

Earl Clark of San Pablo Burgos colected 13 points and 10 rebounds in his team's win against Hapoel Bank Yahav Jerusalem, posting his first double-double in the competition, in what was his 33th BCL game. 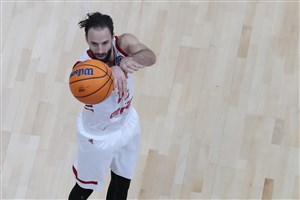