MIES (Switzerland) - Did you know who is the winningest coach in Basketball Champions League history, which Italian offense is the best and which players have contributed the most in the least amount of time?

Txus Vidorreta became the coach with the most victories in the history of the competition, following Iberostar Tenerife's 78-68 success at ERA Nymburk, the 15th consecutive road victroy for the Spanish team, that left them as the sole leaders of Group C.

The 53-year-old Bilbao-born tactician now has 34 BCL wins, ahead of Zvezdan Mitrovic who has 33 and Walter De Raffaele who has 32.

Vidorreta's players honored the occasion in a very fitting way, as they came up with 20 steals on Tuesday and tied a record held by the Mitrovic-led Monaco in a clash against Juventus Utena in October 2017.

🚨 IT IS ZOLTAN MAGIC! 🚨#BasketballCL

The 32-point winning margin in Falco Szombathely’s 91-59 win over Telekom Baskets Bonn marks the widest victory by a Hungarian team in the history of the BCL.

No Italian team in the competition has ever scored more than Dinamo Sassari’s 113 points against Polski Cukier Torun.

Anwil Wloclawek's 33 points in the first quarter of the game against Hapoel Bank Yahav Jerusalem are the most points scored by the Polish team in a single quarter.

We always knew @AEKBCgr are loaded with offensive firepower, but this defense was something else! #BasketballCL

Teksut Bandirma's 50 points against AEK are a new BCL low at home for the Turkish team, as they had never scored fewer than 60 points at the Kara Ali Acar Sport Hall. Indeed AEK’s 18-point victory is the heaviest loss for Bandirma in a home BCL game.

Telekom Baskets Bonn had the second-worst offensive display of Gameday 4, after Bandirma, in their 91-59 loss t Falco. Bonn now hold the dubious honor of having suffered the two heaviest defeats for a German club in the history of the competition, with their widest loss remaining the 103-56 loss to Nanterre in January 2019.

Nicolas De Jong's 35 points against San Pablo Burgos set a new BCL record for most points scored in less than 30 minutes of play. The Pau-Lacq-Orthez spent 27 minutes and 9 seconds on the floor.

Scoochie Smith of Peristeri winmasters became the first player this season to score at least 20 points and grab at least 5 rebounds in less than 20 minutes. The guard finished with 21 points and 5 boards in 19 minutes and 32 seconds in the game against Nizhny.

5. Need To Do Better

📺 VEF Riga blew a 14-point lead, because Jason Rich went off for 25 points for @GantepBasketbol! #BasketballCL

ERA Nymburk's 27 turnovers in the home loss to Tenerife are the most by any team in the past three years. Ironi Nahariya committed 32 turnovers in their loss to Aris Thessaloniki in November 2016, which remains the most in a BCL game.

VEF Riga brought down only 22 rebounds against Gaziantep, the lowest tally by any team so far this season. Interestingly, this was way below the Latvian team's normal output on the glass, as they averaged 36.7 boards prior to this game. 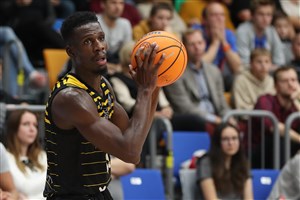 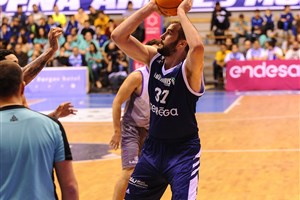