MIES (Switzerland) - It will look different to anything we've seen before - without fans in the stands and with more hand sanitizer than water bottles on the bench - but on Saturday we will finally hear the sound of a ball bouncing on a hardwood floor in Europe for the first time in almost three months.

The national leagues of Germany, Spain and Israel are to become the first basketball competitions in Europe to resume play in the wake of the COVID-19 pandemic.

The global basketball community will be watching closely as these leagues navigate the challenges the pandemic is posing, with four Basketball Champions League clubs in Spain and two in each of Germany and Israel involved in the respective races to crown a 2020 champion.

Each league drew up health and safety protocols following consultation with its stakeholders and relevant authorities, while Germany and Spain also devised special, cup competition-like tournaments that will take place at a single venue.

FIBA contributed by publishing Return to Basketball, a set of guidelines for national federations seeking direction on the restart of basketball activities. FIBA also produced a basketball-specific risk assessment tool in collaboration with the World Health Organization (WHO).

The German easyCredit BBL will raise the curtain on June 6, the Spanish Liga Endesa is set to follow suit on June 17 and then finally the Israeli Winner League will pick up the baton on June 21.

The easyCredit BBL will award the title following a three-week tournament in Munich with the participation of 10 of the 17 teams that were competing in the league up until it was suspended in March.

These 10 teams were split in two groups of five, with BCL clubs Brose Bamberg and RASTA Vechta both landing in the second group. There will be two games a day, as each team will play against all other teams in its group. Vechta enters action on Sunday, going up against MHP Riesen Ludwigsburg, while Bamberg will step out on Tuesday to take on Alba Berlin. The top four teams in each group will advance to the play-offs and the quarter-finals, semi-finals and finals will be played out over two legs.

Bamberg have managed to maintain the core of their team, including Jordan Crawford who was a late addition to the roster shortly before the coronavirus outbreak. The only two players who have not re-joined the side coached by Roel Moors are Bryce Taylor and Louis Olinde.

.@RastaVechta boys dunked their way in front of a packed arena to get their first #BasketballCL win, taking down Polish champs @Anwil_Official!

Vechta on the other hand are among the several teams who will have to field a very different roster due to the changes brought about by the pandemic and will have to make do without Robin Christen, Jordan Davis, Zabian Dowdell, Kamari Murphy, Justin Raffington and Steve Vasturia, who has just signed with Lithuanian powerhouse Zalgiris Kaunas.

Four BCL clubs will participate in the Spanish Liga Endesa's 12-team final tournament which will take place in Valencia from June 17 to June 30 and features two groups of six teams each. Iberostar Tenerife and BCL newcomers RETAbet Bilbao were drawn in Group A, while Casademont Zaragoza and San Pablo Burgos landed in Group B.

Each team will play a minimum of five games as it will face all other teams in its group but, unlike Germany, only the top two teams from each group will advance and both the two semi-finals and the final will be single games.

Zaragoza and Tenerife were perhaps hit harder than other teams from the suspension as back in March they stood in third and fourth place in the standings, respectively, and were therefore poised to claim homecourt advantage in the first round of the play-offs.

Zaragoza are also among the teams that dealt with an overhaul of their roster due to the pandemic. Jason Thompson and DJ Seeley returned home to the US and terminated their contract with the club, while former Spanish international Fran Vazquez decided to retire, bringing an end to a fruitful 19-year professional career. Fellow center Javier Justiz will also be absent from the tournament in Valencia as he is still recovering from injury, but Zaragoza have called back youngsters Jaime Pradilla and Ander Urdiain who were out on loan.

Tenerife on the other hand have managed to make the most of bad situation and reached agreements during the quarantine to renew the contracts of star duo Marcelinho Huertas and Giorgi Shermadini, as well as head coach Txus Vidorreta. The islanders will therefore arrive in Valencia almost in full strength, with the only exception of course of Spanish international Santi Yusta, who tore his ACL back in February.

Bilbao, who were fifth on the table in March, have parted ways with Tyler Haws who left to join his family in the US. The Basque side will however be able to count with Belgian international Quentin Serron whom they signed just before the outbreak. It is yet unclear whether Jaylon Brown, who fractured a toe in January, will make it back in time to play in Valencia.

Burgos meanwhile parted ways with starting center Earl Clark, but there is a remote possibility that they will be able to count in Valencia with veteran Goran Huskic, who had been sidelined through injury since January.  Coach Joan Peñarroya offered perhaps the best description of the first proper practice session following the quarantine, saying that turnovers were the most common occurrence in the scrimmage, as players were so used to social distancing that it felt bizarre to come in contact with the ball or each other.

The Israeli Winner League chose to conclude the Regular Season, as unlike Spain and Germany the league comprises only 12 teams and there was only one gameday left to the post season.

Play is set to resume on June 21 with a gameday 22 slate featuring six games, and then the top eight teams will proceed to a condensed quarter-final stage (best-of-three series), with the winners battling it out for the title at a final four tournament in July.

Hapoel Bank Yahav Jerusalem were marching second on a 17-4 record and were hitting their stride when the league came to an abrupt halt in March, but the good news is that they have managed to bring back the core of the team after the quarantine period.

Coach Oded Kattache saw J'Covan Brown drop out only this week, due to a family emergency, but the club reacted promptly and signed veteran point guard - and former Maccabi Tel Aviv player - Jeremy Pargo to fill in for Brown.

The Jerusalem side have also made an investment in the future by signing 20-year-old Deividas Sirvydis. The left-handed sharpshooter is a product of the youth system of BCL newcomers Lietuvos Rytas and was selected by the Dallas Mavericks with the 37th overall pick in the 2019 NBA draft.

The situation is entirely different for UNET Holon that will need to step out with an overhauled roster, as they had reached agreements to terminate most of the contracts of their foreign players when the league was suspended.

The Holon club managed however to put together a competitive team to compete in this final stage, after bringing on board 31-year old American guard Jermaine Love from Kolossos Rhodes in the Greek league, 28-year old small forward Shavon Coleman, 26-year old forward Jimmy Hall and point guard Desi Washington.

Greek coach Stefanos Dedas, who took the reins of the team in late December, will not travel back to Israel for the conclusion of the league but Holon have announced that he will resume his duties in the new season. 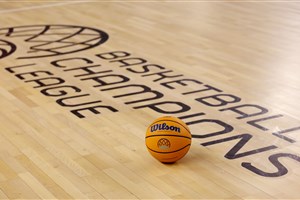