Needing to make it through three qualifying rounds just to make it to the Regular Season, John Patrick's side did far more, making it all the way to the Final Four.

John Patrick wins Coach of the Season 👏 Congratulations to the mastermind behind @MHP_Riesen's great season! #BasketballCL

Will there be a Ludwigsburg-like success story in the third edition of the Basketball Champions League?

Qualification Round 1, which indeed has 24 teams this time and not 16 like 2017-18, tips off in 11 cities around Europe on September 20, with another tie (Hapoel Tel Aviv v Spirou Charleroi) getting underway the following day. 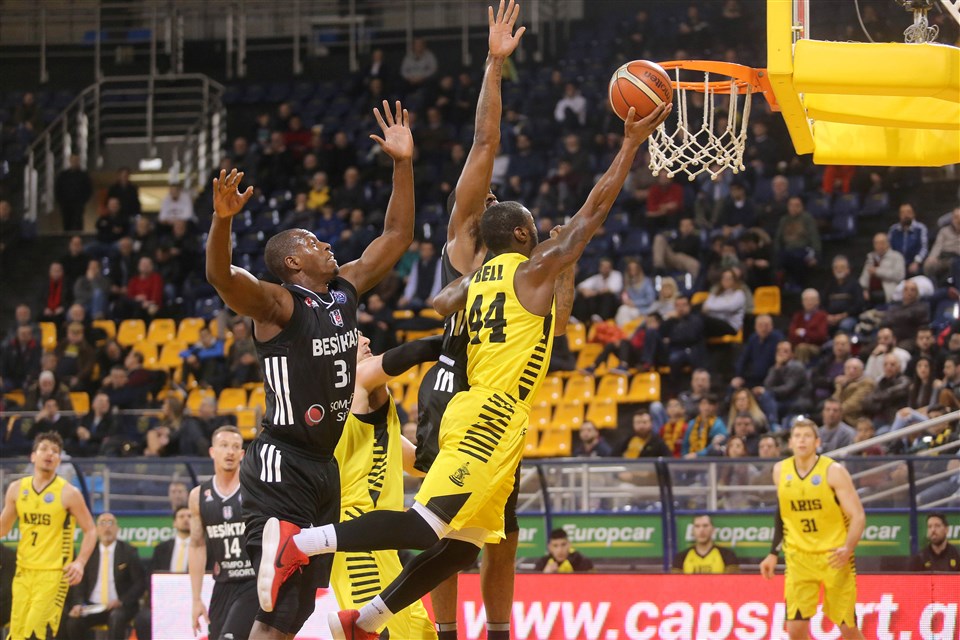 Gary Bell is back to help lead the charge for Aris

Among those involved are several clubs that have experienced the highs and lows of the Regular Season before, including Aris. The famous Greek club faces Dinamo Tbilisi in the opening game in Tbilisi before hosting the return leg in Thessaloniki on September 22.

Aris not only advanced from the Group Stage in the first Basketball Champions League season but surprised SIG Strasbourg to reach the Quarter-Finals. They played in the group stage last season but did not progress.

The 10-time Greek champions, a club that had legendary players Nikos Galis (their arena is the Nikos Galis Hall) and Panagiotis Giannakis, amongst others,  are coached by Vaggelis Aggelou and he has a talented roster that includes Lucky Jones, Gary Bell, Michale Kyser, Gary McGhee and Dimitris Flionis.

Former Russia point guard and national team boss Evgeny Pashutin is now at the helm of Red October Cantu, who want to become the latest Italian side to have a spot in the Basketball Champions League.

They'll go up against Hungarians Szolnoki Olaj, a team that featured in the 2016-17 BCL but won just two of its 14 Regular Season games.

Umana Reyer Venezia, Dinamo Sassari, Varese, Sidigas Avellino and Capo D'Orlando are the Italian sides to have played in the continental league before. Avellino, Venezia and, for the first time, Virtus Bologna are already in the Regular Season this year.

Another Qualification Round 1 tie that catches the eye is the clash between Sigal Prishtina and Donar Groningen.

Sigal Prishtina are dreaming of becoming the first club from Kosovo to take part in the Regular Season of the Basketball Champions while Dutch side Donar want to make up for last year's near miss when they made it to a Qualification Round 3 tie with Estudiantes and drew the first leg 76-76 at home before falling 77-69 in the return. 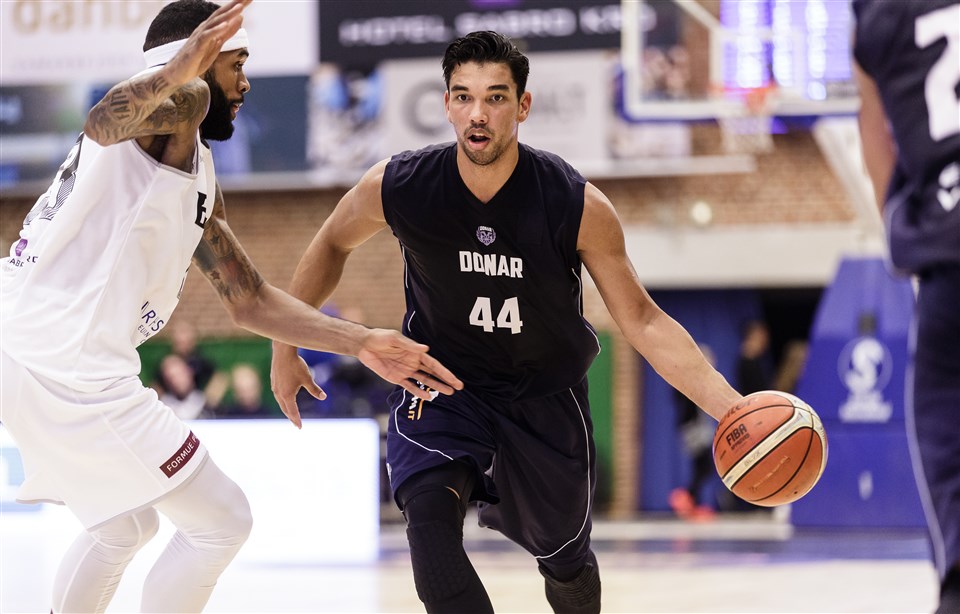 Donar nevertheless played in the FIBA Europe Cup and advanced to the Semi-Finals before falling to eventual champions Umana Reyer Venezia over two legs by just seven points.

Players to keep an eye on in the Dutch team are Netherlands internationals Arvin Slagter and Shane Hammink.

Estu, meanwhile, will take on Norrkoping Dolphins in the Qualification Round 1, with the first leg in Sweden on September 20. Estu narrowly missed out on advancing from the Regular Season last year with an 8-6 record. They had some great moments, including when Goran Suton scooped the Gameday 13 MVP honor after leading the team past Banvit.

📽 Here is your MVP of Gameday 13 in action: Goran Suton picked a good time to have his best game for @ClubEstudiantes​ (25pts, 12reb)! #BasketballCL pic.twitter.com/hKIzmqzkqz

The tie will have added spice for Estu's Sweden international guard Ludde Hakanson, who goes up against a side from his homeland. It will also be exciting to see the Spanish outfit's exciting 23-year-old Hungary international, Zoltan Perl, a player that shone for his country at FIBA EuroBasket 2017 and also in the First Round of the European Qualifiers for the World Cup.

Avtodor Saratov are trying to make it back into the Regular Season after an exciting appearance in the BCL's first edition. The club, which won a couple of qualifying round ties last year but lost to Capo d'Orlando in the third, plays at Fribourg Olympic on September 20 in Switzerland before hosting them two days later in Russia.

Fribourg have a long history in Europe and were coached from 1995-99 by Dusko Ivanovic, one of the best-known tacticians in Europe the past 15 years. Under him, Fribourg were Korac Cup combatants.

Another Russian team, Nizhny Novgorod, are targeting a first Regular Season appearance. They are in a Qualification Round 1 battle with FC Porto, a side that failed to get beyond the opening qualifying round two years ago. Porto were runners-up in the Portuguese play-off finals last season.

Telenet Giants Antwerp take on Cypriots AEK Larnaca in another tie. Antwerp's coach is Roel Moors and one of his assistants is his former Belgium Lions teammate, Christophe Beghin. Two players to watch out for in their side are current Belgium national team youngsters, forward Hans Vanwijn and center Ismael Bako.

Antwerp finished second in Belgium's regular season title race earlier this year and then lost, 3-0, to Oostende in the play-off finals.

Another team trying to make it back to the Basketball Champions League Regular season is CSM CSU Oradea of Romania, a side that had a thrilling part in the first year and finished with a 6-8 record.

Their Qualification Round 1 opponents are Karhu Basket of Finland, the team that won the domestic league crown last season.

They will start again with a Qualification Round 1 battle against Polski Cukier Torun, a side that finished third in the Polish domestic standings and then reached the play-off semi-finals. 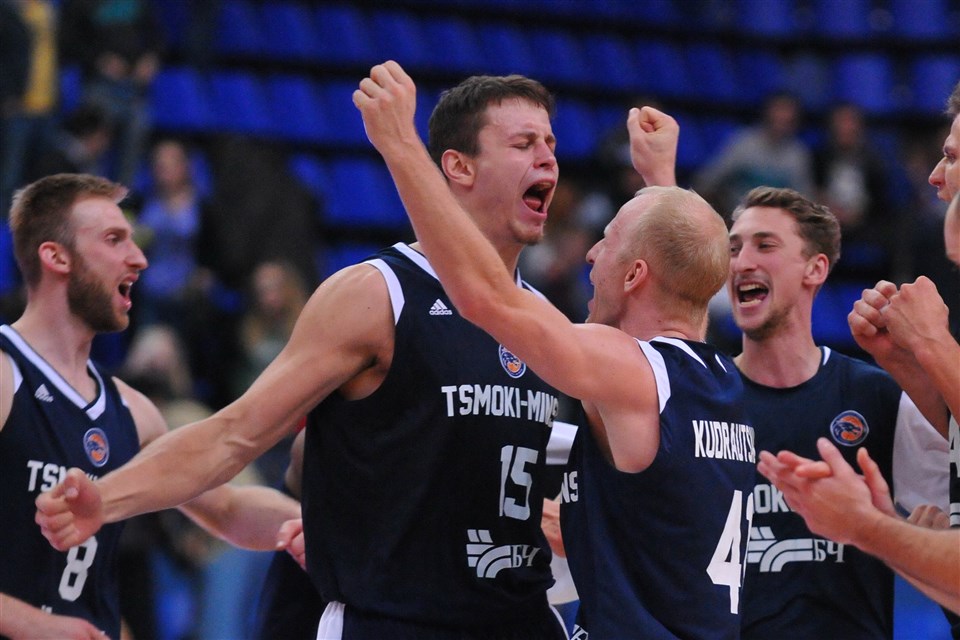 If at first they did not succeed, Tsmoki-Minsk will try, try again

BC Siauliai are attempting to become the third Lithuanian team in the 2018-19 Regular Season, joining Neptunas Klaipeda and Lietkabelis. They meet Levski Lukoil, last season's champions in Bulgaria, in the first qualifying round.

Danes Bakken Bears, who won just one of their 14 Regular Season games in the first year of the Basketball Champions League, will go up against Leicester Riders, a team in Europe for the first time. Leicester are coming off back-to-back treble-winning seasons in Britain. Bakken have one player that should have some knowledge of Leicester with Briton Ryan Martin, a product of London's Barking Abbey Basketball Academy, now on the books of the Bears.

The other intriguing tie pits Spirou Charleroi against Hapoel Tel Aviv. The Israeli club will host the first leg on September 21 and Belgians Charleroi will stage the second on September 24. Both sides made it to the league play-off semi-finals last season in their respective countries. 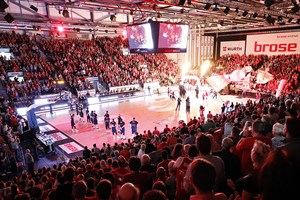 Get Ur Freak On - a closer look at Brose Bamberg 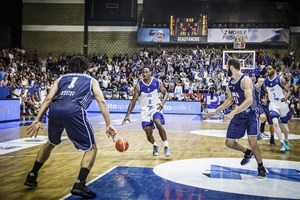