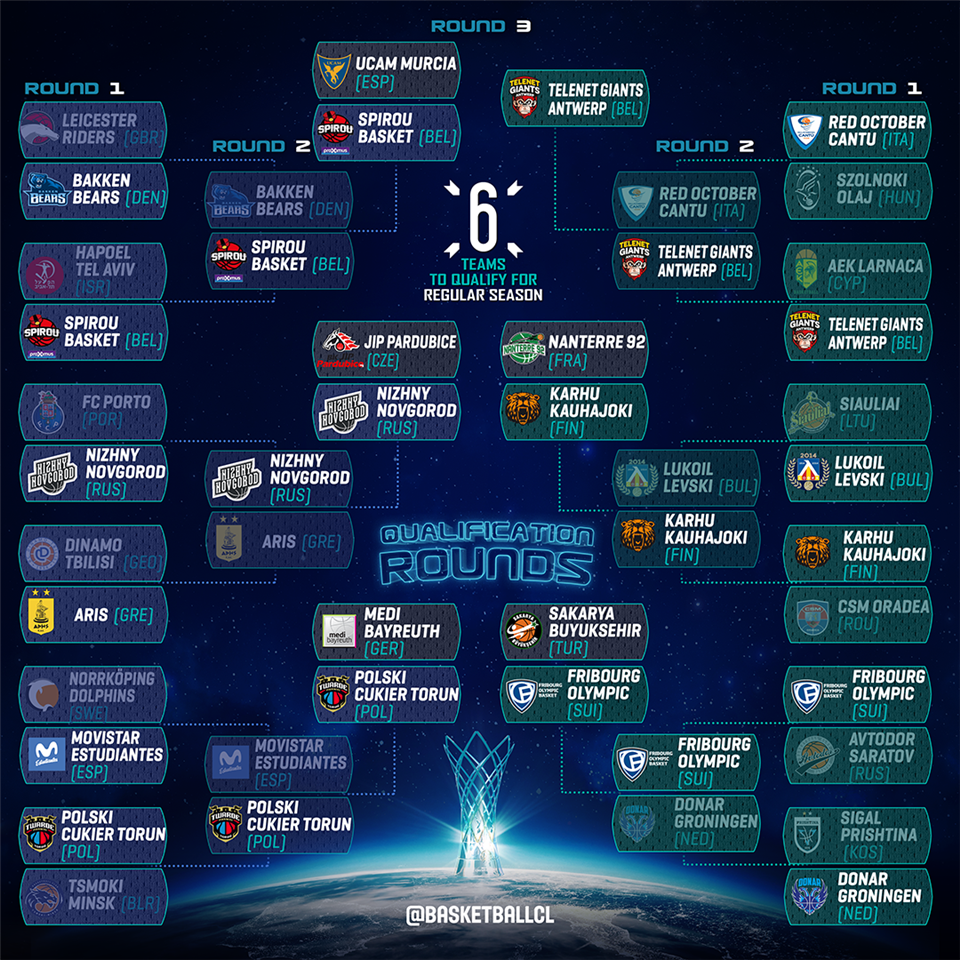 The return legs will be on Thursday.

UCAM Murcia, who had a memorable 2017-18 campaign in the Basketball Champions League that ended with a victory in the third-place game at the Final Four in Athens, have will several players from that team in the lineup at the Spiroudome.

Ovie Soko, Alex Urtasun, Charlon Kloof, Brad Oleson, Marcos Delia, Kevin Tumba and Sadiel Rojas are all back for the Spanish club. Great Britain international Soko had a huge season that ended with him as a member of the Basketball Champions League's Star Lineup.

The Belgians, meanwhile, have had to win a couple of tough ties against Hapoel Tel Aviv and Bakken Bears in Qualifying Rounds 1 and 2, respectively, to make it this far. Charleroi lost the first legs of both but hit back for wins in the second games to claim narrow triumphs on aggregate.

Axel Hervelle, who retired as a Belgium international at FIBA EuroBasket 2017, has spent the majority of his career in Spain's Liga Endesa suiting up for Real Madrid and Bilbao Basket and is now on the books of Spirou Charleroi.

Fribourg Olympic, a team that has a long history of playing in Europe, are trying to roll back the years. They won in both qualifying rounds, first beating Avtador Saratov and then Donar Groningen. They will face a Sakarya BSB side that finished eighth in last season's Turkish league and made it to the play-offs before falling to eventual champions Fenerbahce.

Pardubice, with fans upbeat about the prospects of all things related to basketball in the country after the Czech Republic's recent qualification for next year's World Cup in China, were second in the standings in the domestic league and reached the play-off semi-finals.

They go up against a battle-hardened Nizhny Novgorod club that first beat FC Porto and then knocked off Aris, a team that had featured in the first two editions of the Basketball Champions League.

Nanterre had to win a heart-stopping, Qualification Round 3 tie against Tsmoki-Minsk last year to reach the Regular Season and then advanced to the Play-Offs before falling to Banvit. Karhu Basket will not be pushovers. The Finns have already overcome CSM CSU Oradea and Lukoil Levski in the first two qualifying rounds.
Rene Rougeau had 14 points and 10 rebounds for Karhu in their 88-79 second leg triumph.

Polski Cukier Torun dug deep to make it this far, overcoming a 68-60 home defeat to Movistar Estudiantes in the opener of their Qualification Round 2 tie.

Karol Gruszecki, their Poland international sharpshooter, poured in 22 points and grabbed 6 rebounds and helped Torun win the second leg in Madrid, 84-69. Torun outscored Estu 23-15 in the final quarter for a 144-137 win on aggregate.

German outfit medi Bayreuth, though, promise to be tough opponents. They made it to the Quarter-Finals in last year's Basketball Champions League with some outstanding displays and have members of that side in the 2018-19 team.

We made history and are advancing to the @BasketballCL regular season for the First time After a huge game with 9players 🎯 and 6 players putting up double digits. THANK YOU FANS!!!! #NOTINOURHOUSE pic.twitter.com/9k43Cljf1f 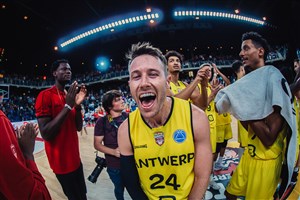