ATHENS (Greece) - The Spanish battle went back and forth, but in the end it was Casademont Zaragoza who booked their first ever European Semi-Final, sending the 2017 champs Iberostar Tenerife out in the Quarter-Finals. It finished 87-81, Zaragoza now face the hosts of the Final 8 in AEK.

Turning point: Tenerife managed to erase a 10-point second half deficit and tie the scores with just over a minute left in the game. But their former player Nico Brussino finished an and-one play in transition to make it +3, and after a turnover by Tenerife, Giorgi Shermadini picked up his fifth foul, Coach Txus Vidorreta was called for his second technical foul and ejected. Zaragoza finished the job from the free throw line.

Stats don't lie: Tenerife had a 22-16 edge in paint point in the first half. But Zaragoza dominated inside in the third quarter, picking up a 16-2 advantage in the third quarter alone from the painted area, ending with a +8 in that department to take down last season's runners up.

Bottom line: Zaragoza will now face the hosts in the Semi-Finals on Friday. Tenerife will come back for another run in 2020-21, as Giorgi Shermadini signed out with 22 points and 8 rebounds in this one. 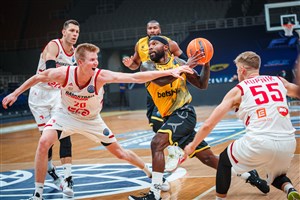 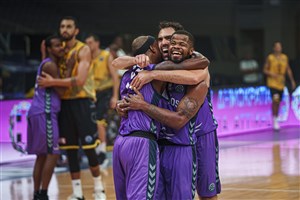