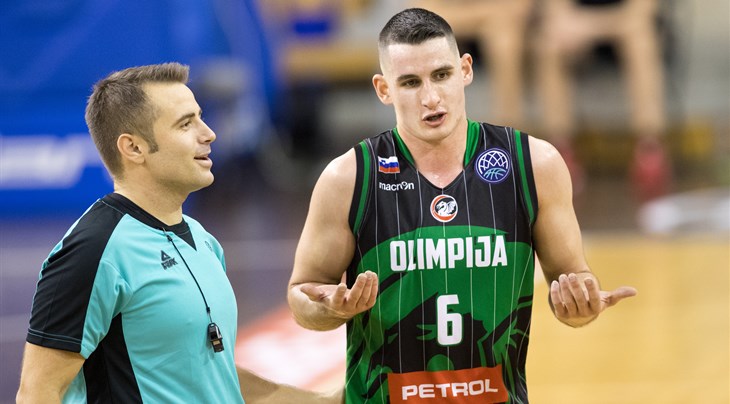 Blue 23 sets up a screen -outside the field of vision- on White 11 during the transition. If the screen is set outside the field of vision of a stationary opponent, the screener must allow the opponent to take one normal step towards the screen without making contact. This is not the case by Blue 23. He is moving to his left causing an illegal screen and an offensive foul should have been called.
Outcome: Incorrect decision of the referees

Red 6 drives to the basket and Yellow 24 tries to stop him. During the act of shooting, Yellow 24 clearly leans towards Red 6 and is not staying inside his cylinder, causing an illegal contact. A defensive foul should be called, the basket validated and one free throw awarded.
Outcome: Correct decision of the referees

In the rebound situation, the offensive player Red 24 pushes Yellow 10, creating an illegal contact. Because Red team has already 4 team fouls during that period, two free throws should be awarded to Yellow 10. Referees can use Instant Replay System to define the correct free throw shooter, in this case Yellow 10.
Outcome: Correct decision of the referees

White 30 starts dribbling while his pivot foot is the left foot. The ball is not released before White 30 lifts his pivot foot from the floor. This is a very close call, but still a violation.
Outcome: Correct decision of the referees

Blue 23 sets up a screen on White 55 who is defending Blue 0 in the transition. Blue 23 was stationary when setting up the screen, but in the end of the action, he moves his left shoulder forward causing an illegal screen and an offensive foul should be called.
Outcome: Correct decision of the referees 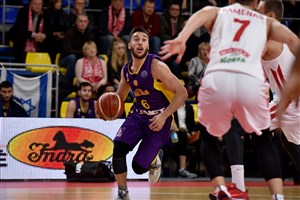 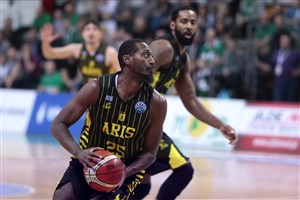