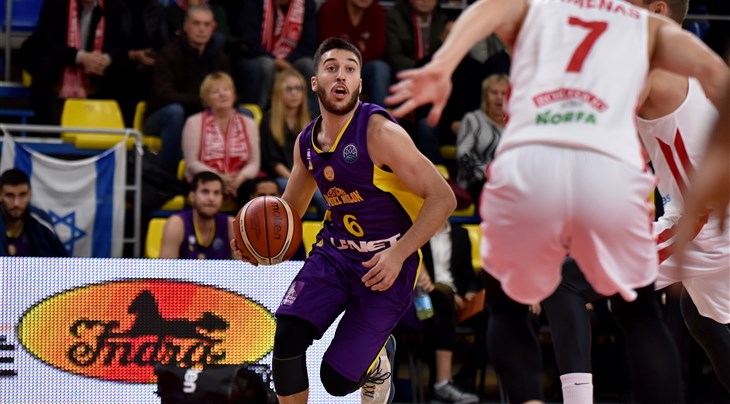 LONDON (Diccon Lloyd-Smeath's Champions League Insider) - As 2017 draws to an end, it may be a year that stays in the memory for 20 year old, Tamir Blatt, for some time.

Anyone that has ever played with the son or daughter of a coach, will know that situation to be one of Basketball’s most unpredictable dynamics. When it goes well, your team has an extra coach on court, with a Stephen Hawking-like Basketball IQ. When it goes wrong, you can have a child with too much pressure and weight on their shoulders, no love for the game and generally lots of forced shots and tantrums.

"My dad has been a great influence, giving me great tips as he has been everywhere in the world but I want to give a shout out to my mum. She's everything to me and with me every day taking care of me. I love her to death."Tamir BlattTamir Blatt

When your parent is a legendary European coach, that has won Eurobasket and coach of the year awards, in just about every league he has coached in, the pressure is probably hard to imagine. Whilst Tamir Blatt isn’t playing on his dad’s team, he is definitely a better fit for the description of a high Basketball IQ and extra coach on the floor. The young, Israeli Point Guard with a famous dad, has in fact, spent the large part of 2017 building his own name.

Tamir Blatt isn’t the only player on his team (UNET Holon) with the weight of expectation from a famous parent. We can only imagine the kind of book you could write, with the combined knowledge, distilled on the drive home from practice for these 3. If you are Dan Shamir, good luck with that Parent/Coaches meeting…. (Although the fact that they are all established professionals and Shamir himself, has worked with Blatt Sr. as an Assistant Coach in Dynamo Moscow, probably means he’d be fine)

During the U20 European Championships in July, Blatt Jr. spoke about the advantages of having a great coach as one half of a supportive parenting team:

"My dad has been a great influence, giving me great tips as he has been everywhere in the world but I want to give a shout out to my mum. She's everything to me and with me every day taking care of me. I love her to death," he said.

July is also a logical place to start when it comes to evaluating Tamir Blatt’s breakout season to date. After making the decision to sign with UNET Holon in the Israeli Winner Premier League and the Basketball Champions League, Blatt also went on to light up the U20 European Champonships in Greece. Captaining Israel to an outstanding silver medal, whilst being selected in the All Tournament 5 and averaging 16 points and 10 assists in the process. 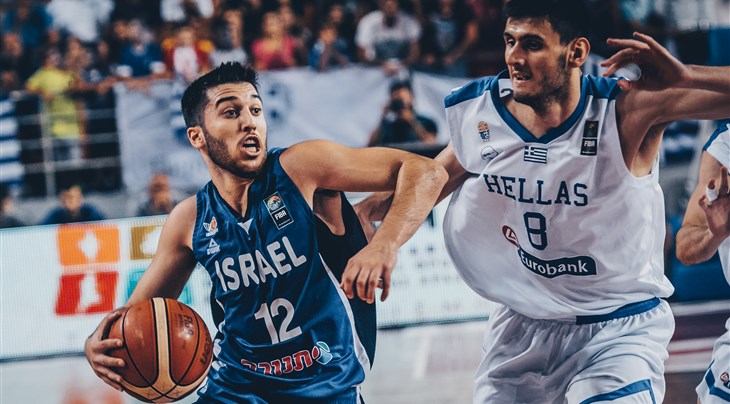 At times, it looked too easy for Tamir Blatt at the U20 level. Able to hit 3’s off the dribble and get to the rack at will. Blatt was able to create advantage situations for his team and bring the best out of his teammates with pinpoint passes for easy buckets. However… it’s one thing to do that against players of your own generation but it’s another thing altogether, to do it against veteran professionals and some of Europe’s finest backcourt players. 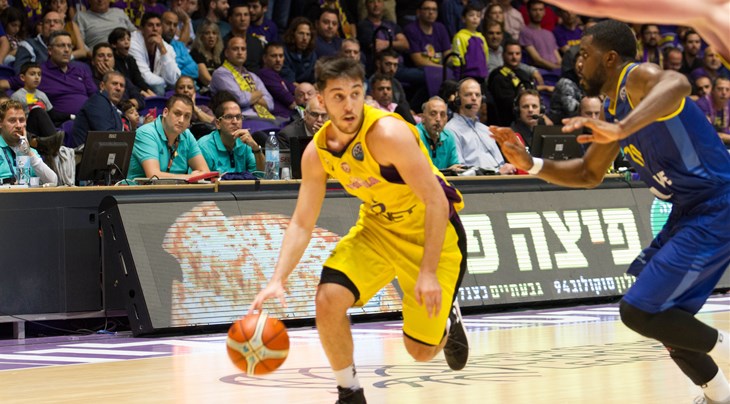 Averaging 10 Points and 4.75 Assists Per Game across all competitions for UNET Holon, including 6 Points and 5.5 Assists Per Game in the Basketball Champions League, Blatt is good for an Assist every 4 minutes on court. In this category he is behind only 5 men and all of them are his senior. When you also consider that he's shooting 46% from 3 across all competitions - many of those 3’s coming off the dribble - Tamir Blatt has an offensive game, that is polished way beyond his years. Perhaps his most impressive outing of the season was the 12 Point, 13 Assist game vs EWE Baskets in Round 7. Take note of his ability to fire pin-point, full court, lazer beams in transition and the range of hook and bounce passes in the Pick and Roll. There isn’t another 20 year-old, seeing and making passes like this in the Basketball Champions League.

The hallmark that all great Point Guards share, is the ability to dictate pace and play the game at their own speed. Tamir Blatt has this ability by the truck-load. At times, it’s like watching an orchestra conductor. Only instead of the baton in his right hand, Blatt manipulates the ball in the Pick and Roll to decide who’s cue it is to score and when. It doesn’t seem to matter what level he’s required to play against, this ability to see the full picture and understand timing is present. Making his debut for the senior national team during the World Cup Qualifiers, Blatt averaged 9.5 Points and 3 Assists over 2 games coming off the bench! Shooting 54%, including 71% from 3! The step up in level, seemed to have very little impact on his approach.

This play in particular, emphasized that point. Starting Point Guard Gal Mekel, picked up 2 early fouls and had to sit. Blatt came into the game and first play down the floor, called for a drag screen in transition. Nick Calathes went under the screen and as he always does, Blatt recognised the lack of advantage gained, so turned instantly for the re-screen. The choice of angle, then acceleration to create separation and the perfectly timed pocket-pass, are not common for a 20 year-old. Again, it’s one thing to do this against your own age group but that’s Nick Calathes – one of Europe’s best PG’s – left faltering in his wake.

The other thing that all elite players share is poise. This is another trait that is eminently present in Tamir Blatt’s game. No moment or opponent seems to faze him. His emotional level on court, is so consistent. The clip below is a great example of that poise. Also during the game against Greece, Blatt quickly recognises that Greece have miscommunicated a match-up in transition and he has a big guarding him. Instead of completing his cut through the lane, he pops back out for the ball, so he can take advantage of the mismatch. A dribble jab-step is enough to maintain separation and the 3 ball off the bounce, looks easy. Confidence flowing freely.

Just to hit the point home about the lack of fear for the moment, this clip is from UNET Holon’s win against Maccabi Tel Aviv in the Israeli Winner Premier League. Under a minute to go, Glen Rice Jr tries to ice the game but misses badly. Walden somehow saves the ball from going out of bounds. The ball comes to Blatt with 7 on the shot clock. Most young players might fear the moment and hold the ball to assess the situation, before making a play or giving the ball up to a veteran. But most young players don’t have this level of feel for the game. Instead Blatt, catches on the hop and fakes right in one movement, then blows by a close-out, to nail the dagger 3 and succeed in icing the game. The moment it leaves his hand, it’s in and he knows it. If you’d had a heart-rate monitor attached, I doubt it registered a beat’s difference either way….

As with all young players, there will be bumps in the road and the young Padawan Point Guard, has plenty to learn. Especially on the defensive end. At 6’3”(1.9 meters) Blatt is never likely to make much difference contesting jump-shots and considering this, he has a tendency to allow fly-bys on close-outs, more often than he should. At 82KG there is also plenty of work to do in the weight room. Blatt tends to get stuck under ball-screens and that may continue to happen until the squats and deadlifts start to pay off.

With the necessary hard work these should all be controllobles for Tamir Blatt and certainly shouldn’t detract from the year he’s having. All the signs are there to suggest we are watching the start of an illustrious career. Blatt is already one of the best young players and Point Guards in the Basketball Champions League. Given the way his senior international career has started, it’s not inconceivable to think he could be challenging Gal Mekel for the full-time starting role in the near future. It’s always difficult to predict how careers will play out but Tamir Blatt is certainly one to watch. 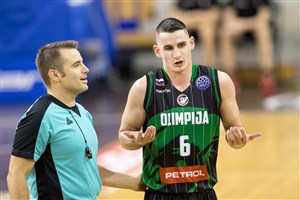