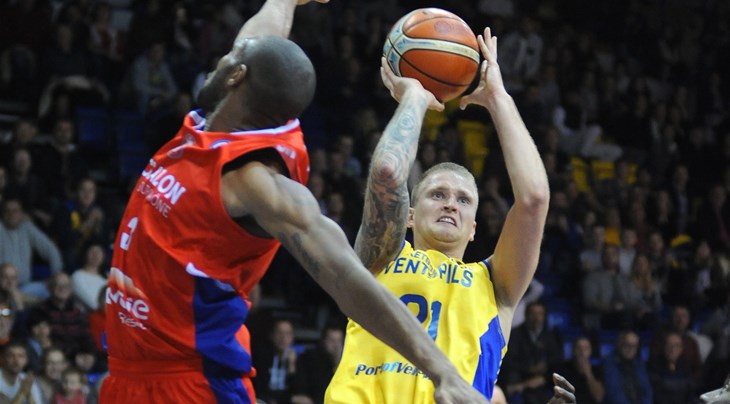 VENTSPILS (Basketball Champions League) - Ventspils won by a single point for the second straight home game on Tuesday night and added to the misery of Elan Chalon.

With their Latvia international Aigars Skele flirting with a triple-double, Ventspils, who had edged defending champions Iberostar Tenerife on Gameday 1, held on for a 78-77 triumph. Skele finished with 16 points, 9 rebounds and 8 assists to put himself into early contention, perhaps, for a spot on the Team of the Week. He walked off the court with a very impressive +28 efficiency rating.

.@BKVentspils take down @ElanChalon by a single point just like in their first home game! #BasketballCL

The Gameday 2 MVP, Adam Smith, had a chance to win the game at the buzzer but his long attempt from just inside half-court hit off the front of the rim and stayed out.

The French club, which is 0-6 in its domestic league after a series of heartbreaking defeats, went in front by as many as nine points yet did not pull away and Ventspils made them pay at the end.

Skele's two free-throws put the hosts in front, 78-77, and both teams then went cold. Chalon had five opportunities to go back in front as both teams struggled to score.

On their penultimate possession, Chalon had to settle for Smith, who had had several layup attempts blocked, attempting a difficult baseline jump shot.

Skele rebounded the miss and then ran the shot clock down to five seconds before missing a layup.

Ousmane Camara grabbed the rebound for Chalon, gave it to Smith and he launched his potential game-winner just after crossing half-court but was off target to cap his difficult night. He was just 4 of 15 from the floor.

Ventspils got a lift from their super sub, Mike Bruesewitz, in the fourth quarter. He brought scoring, a positive attitude and tough-nosed defense that seemed to rub off on his teammates. The 27-year-old finished with 9 points, 3 rebounds and 3 steals.

Lance Harris had 19 points and 6 rebounds and Pierre Antoine-Gillet 17 points and 5 boards in defeat. 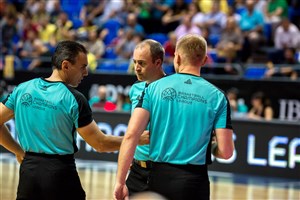 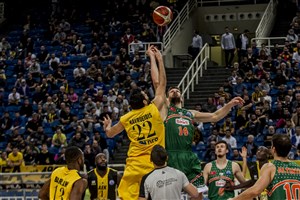